Is Having People Wait on You Better Than Owning Things? Or Is There a Third Option? 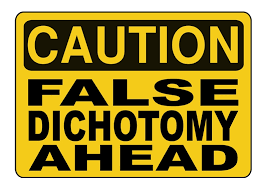 It is possible to "prove" almost anything if you give people a false choice.

A recent idiotic article from the Associated Press, published in the New York Times, posits that having people wait on you is much better than owning things.  Apparently this study was performed where 6,000 people were given $40 and told to buy something for themselves. Another group of people were given $40 and told to hire somebody to do something for them such as clean their house or mow their lawn.

According to this so-called study, the people who had personal services performed for them were "happier" than those who merely bought things (and you can accurately measure personal happiness using a happy-meter which is sold on Amazon).  Thus, the conclusion of the author of the article is that you should have a maid clean your house for you, and if you hire people to do all the "drudgery" in your life, you will be happier.

Of course, no word on how happy that maid is, or the other people you hire to do this drudgery-type of work.   But hey, they're all Mexican so they don't count right?

Of course, it is a preposterous study.  And the reason why it's preposterous is that it doesn't take into account other options.   This is what is called a false choice or complex question fallacy, in that it offers only two alternatives - thus the "authors" of the study steer it to the result they want.  And no doubt many people will read this article and say, "Let's hire a maid and lawn service and sit around and sip cocktails while they do all the work!  The article says this is our best outcome!"

Besides this answer being false (doing things for yourself staves off learned helplessness and thus reduces depression) it fails to take into consideration other things you could do with money.

For example as a baseline, they should have had a third group of people who they gave $40 to and told them to invest it or keep it.  I have a feeling those people will be even happier than the person who hired the maid to clean their house.

And I say this from experience.  In my life, I've owned a lot of things - cars, boats, recreational vehicles, vacation homes, and whatnot.  And the study is right in that regard, things are fun and all but they don't really make you happy by themselves. The happiest I was with things was actually using things to do things.  So for example, an old car was fun because I enjoyed taking it apart and fixing it or driving somewhere and having a picnic.  Merely owning it was of no satisfaction whatsoever.  The brand-new car wasn't as much fun, as I had no "hands on" activity with it, and we often were too worried about scratching it to enjoy it fully.  The fact that the old car cost $27,000 less was also a factor.

And I can also say from experience of having a maid or other people to perform services for you is nice and all, but at leaves one with an empty hollow feeling.   Having someone mow the lawn for you is nice and all, but doesn't provide the satisfaction of doing it yourself.  The beer tastes better and colder when you have it on your front porch, after mowing the lawn, admiring your work.  Having a maid or a lawn service tends to make one feel worthless and useless, particularly if you were sitting around house while these people are working on your behalf.  Moreover it tends to make one become fat and slovenly.

And not only that, owning things and having people do things for you tends to drain your bank account.  So as a result, I had to go back to work that much sooner and make more money to pay for these people and things, which tends to make a person unhappy.  You no longer feel that your job is an interesting and fun career experience, but drudgery itself, something you need to do in order to pay for all these things in your life.  Moreover since your bank account is empty, you feel like you're never getting ahead no matter how hard you work.  And since you're going into debt to pay for many of these things and services, you feel that you are trapped in your job, which is never a pleasant feeling.

The third way was the last way I tried in life, and that was to have less things and have less people wait on me but instead have more security.  Rather than spend money on cars and boats and toys, I put money in the bank.  Rather than hire a maid or lawn service or even a barber, I invested money in stocks and real estate.  The net result was I became independently wealthy and no longer had to work. This is what made me happiest of all.

And the way I got here wasn't by hiring maids and lawn services, but by firing them and putting that money into my investment accounts.   Once again, we have the media telling us to spend, spend, spend and never to save.   And they do this, because they want you to be flat broke and unhappy, so you keep consuming goods and services and watch their programs.   After all, if you are mowing the lawn or vacuuming the rug, that's cutting into your prime TV viewing time or obsessive smart phone watching, right?

In terms of happiness, this level of security outpaces the other two scenarios by a factor of ten, a hundred, or maybe a thousand.  Not owing anybody money and not having to go to work is almost an orgasmic level of pleasure.  Daily.  Continuously.  Maybe having a maid clean your house might make you happier than owning a new pair of shoes.  But the incremental level of happiness is very, very, tiny.  We are talking comparing and happiness level 1.2 with maybe happiness level 1.0

Owning your home free and clear, having enough money to live the rest of your life, and not having to go to work everyday, that's happiness level 1000.

And that's why I think that article is stupid. It doesn't consider the most fundamental way of becoming happy.  Owning yourself.
Newer Post Older Post Home