Will Amazon Take Over the World? Not Exactly. 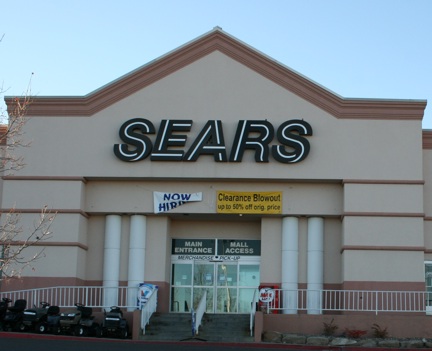 Will Amazon take over retailing as we know it?  Not quite.


Another day, another sensationalist story in the press.   After Amazon bought overpriced and under-performing "upscale" food retailer Whole Foods, the Washington Post (owned by Amazon as well) gushed that "Now we'll get our fresh kale delivered by drone!"  Impartial reporting from the Washington Post!

Oh, except that despite all the hoopla, no one is delivering anything by drones.   The risk of one of those things crashing into someone and killing them is just too high.   Also, how would your drone handle a thundershower, snow storm, or high winds?   Oh, and right, those things run on batteries and can stay in the air for only minutes, not eight-hour shifts.  It makes for nice click-bait eye-candy, but no, it is not a reality, no matter how many demonstration flights Domino's or Amazon makes.

Why people choose to believe this shit is beyond me.   Take the Whole Foods thing.   Whole Foods is a blip on the radar in the food business.  They are famous for selling celery water and other overpriced junk.  The media hypes it because they all live in Manhattan or LA and shop there and think paying $15 for an organic cucumber is a good bargain.  They also think this makes them experts on the food business.

The reality of the matter is that the bulk of us shop at Krogers, Safeway, Winn-Dixie, Wegmans, Shop-right, Wal-Mart of any one of a host of retail chains who make up the vast majority of grocery retailing.   That Amazon is acquiring a niche marketer of upscale foods is hardly a threat to Wal-Mart.  Lurleen in her trailer is not having her organic kale delivered by drone - or by any other means.

Today, we are treated to another scare story about Amazon.  Amazon is teaming up with Sears to sell appliances!  Home Depot and Lowes will go bankrupt!  CNBC - never a source to be trusted for financial news - plays the odd game of lumping together Home Depot, Lowes, Whirlpool and Best Buy, and then uses "market cap" which is a meaningless word, to argue that combined, these companies lost $13 Billion in value.

Never trust a sensationalist headline, particularly one that uses "market cap" to try to make a point.  Relax, no one lost a penny, because market cap means nothing, unless you decided to sell these stocks yesterday, in which case you only lost money if you bought them the day before.   You see, you cannot "lose" phantom gains.  It is like that a-hole who said, "I lost $250,000 on my home!" during the financial crises, because he paid $250,000 for it years ago, and it went up to $500,000 in inflated value during 2007, and dropped back down to $250,000 in 2008.   He lost nothing, he broke even.  You can't lose potential profits, only realized ones.

But beyond that, why is this analyst using "market cap" instead of the more important share price?  Well, when you say Lowes stock went down 5% in value, which it did, it isn't as alarmist a headline as $13 Billion dollars.  And we all want you to click on our article, right?

So what is actually going on?   Well, Amazon did not buy Sears and Sears didn't sell them its Kenmore brand.   All that happened is that Sears listed Kenmore appliances which are compatible with Amazon's Alexa electronic assistant, on Amazon's website.   Anyone can sell anything on Amazon's website, all you have to do is sign up.   Got some old books to sell?  That's how Amazon started.  What to sell appliances?  You can do that too.  Some already are.   So why is this Sears announcement "news" at all?  It ain't.

But will people buy appliances online?   Hard to say.   Yes, people go to Best Buy and look at electronics and then order them online.   But you can't cross-shop a Kenmore appliance with the appliances sold at Lowes, as only Sears carries Kenmore.   And Sears isn't selling upscale Samsung or LG appliances that Lowes has.   And the only products Sears is apparently listing are these "smart" appliances which are not necessarily a huge part of the market.

I read a review online today about a "Smart" lightswitch from Lutron that interfaces with Apple's iPhone.  It doesn't interface with Android, or Google, or Alexa or whatever.   The switch costs $50 and was difficult to install.   I scratched my head.  Why would I want to spend hundreds of dollars changing all the light switches in my house so I could access them with my smart phone?  I mean, that is a neat toy to have, but that is all it is - a toy, and an expensive one at that.   Maybe when the price comes down... but even then, why?  Light switches can be bought for under a dollar, today.

Now Sears does have an ace up its sleeve, and that is Sears Home Service - the largest repair network for home appliances.   Many other appliance companies contract with Sears to do their warranty repairs as I found out when my Hotpoint stove and microwave failed under warranty.   Appliances over the internet makes no sense, unless you can deliver, unpack, and install them, and haul away the old ones.   Maybe a washer or dryer or even refrigerator is possible to self-install (at least for me) but a gas range?   Harry Homeowner could blow himself up with that.

However, most Sears Home Service techs have service trucks, not delivery trucks.  And my experience with "truck freight" has been mixed.  Many truck freight companies bring a tractor-trailer to your door, without a lift gate, so you can't get heavy items off the truck easily.  And then you have to carry it inside.  And no, UPS won't deliver a refrigerator.   They are limited in weight and size, by law.

So Sears is going to have to figure out the delivery and installation over Amazon.  Would they deliver from the local store?  Or what?  And since appliances are a "touch and feel" kind of thing, if someone wants to buy a Kenmore appliance over the internet, they would want to go to a Sears store and see it first.   Oh, right, Sears stores are closing everywhere.  If there is no local Sears store where you can go feel the goods, how do you know what to order?  And if there is no local Sears store to deliver the goods, how does the homeowner get his new fridge?  Brick and mortar ain't dead yet.  Sears, on the other hand - put a fork in it, it's done.

The problem for Sears is the same problem Radio Shack has - the Trademarks are toxic.   Someone just bought the "Intellectual Property" of Radio Shack, including the trademark name and logos, in exchange for some of their debt in bankruptcy.  They are going to lease the name back to General Wireless - the company that was trying to make a go of the Shack before it went bankrupt the second time.  My advice to General Wireless would be to just call the stores General Wireless, as the Radio Shack brand by now has a dirty halo - all it stands for is cheap toys and substandard electronics.

The same is true for Sears, Kenmore, Guardsman Radials, Tuffskin Jeans, and even Craftsman tools - they all stand for mediocrity these days.  The trendy folks with $50 light switches and drone-delivered kale are not going to invite their yuppie friends over and say, "Want to see our new laundry room - we bought Kenmore!"   It is akin to buying an Edsel.   You'll just get laughed at, and people who buy trendy crap like smart appliances don't want to look foolish.   The rest of us buy the cheaper machine and don't make a point of showing off our laundry rooms - and we don't buy Kenmore, we buy for cheap at Lowes or Home Depot.

So once again, Amazon is partnering with a niche player, because Amazon can't afford to partner with a major player.  Amazon, in fact, is not really earning a lot of money, at least compared to its share price.  Amazon's P/E ratio is hovering around 200, which is the number of years you'd need to make your money back.   Or look at it this way, to achieve a more rational P/E ratio of 20 (which a retailer should have, online or not) they have to increase profits (or cut expenses) by a factor of 10.

Or the share price needs to come down by a factor of 10.   And I suspect the latter will happen, over time.

Meanwhile, poor dumb old Lowes has a P/E ratio of 22.   Really, which is the better buy, Amazon or Lowes?  Did I mention Lowes pays a dividend of 2.2% while Amazon pays nothing?

Is Amazon a threat to Lowes?  No more than Home Depot is.   Amazon can and will take some business away from these stores.  For example, I went to buy washing machine drain socks the other day, and Lowes didn't have them (a 98 cent item).   Amazon had a carton of them - a lifetime supply in fact, for a fairly reasonable price.  Actually the price was not better, once you factored in shipping.  But they had them - and that is Amazon's forte, having oddball things you want to buy that the local brick-and-mortar doesn't keep in stock.

I went to look for a wire rack shelf at Lowes, but they didn't have the exact "Homz Maxi Organizer" that was installed in our Casita.   Amazon had it - for $13.   Another online store had a package of six for $18.   That is the real threat to Amazon, other smaller online niche retailers and the use of Google to find them.

The financial press is all agog over Amazon, and in part that is because Amazon owns its own national newspaper which prints flattering articles about Amazon.  But the reality is, and what the financial media should be asking pointed questions about, Amazon isn't making enough money to justify its share price.  Moreover, it doesn't have a monopoly in the marketplace and never will.   There are too many competitors, such as WalMart on the large end, and mom-and-pop shops online on the small end.

The idea that just because Amazon makes a move and makes news means that you should panic-sell your shares in other retailers is just idiotic.

Myself, I may snatch up some Lowes stock, now that the price is depressed.  I already own Home Depot.

When we go to town these days, the two places we almost always visit are Wal-Mart and Lowes.   And I am not sure how these can be replaced.  I am not getting my fresh kale or my lumber by drone, or even by UPS anytime soon.  There are some things you just can't order online.

UPDATE:  Lowes stock is back up 4% which makes a nice gain for the week.   It has nearly recovered all the loss it had due to Amazon panic - within a few days.   $13 Billion in "Market Cap" was not wiped away, no matter what the financial press says.

I suppose a clever trader could make a lot of money by trading based on these "panic" reports.   In fact, I think they do - and they get friends of theirs to generate the panic, so they can short and long stocks, accordingly.