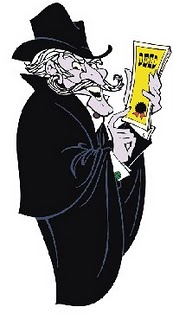 Do landlords intentionally scam their tenants?  Not often, but others will try to scam you as a prospective tenant.

This is an interesting question.  Scam artists usually thrive because they have no assets to attach, no fixed address, are out of the country, or have a corporate shell they hide behind.   You can't scam people very effectively if you have attachable assets, a business reputation to protect, and a name and address locally.   Of course, this doesn't stop a lot of people from trying.  Car dealers routinely rip-off people with the "put the tags on it tonight and negotiate tomorrow" scam - or at least they used to.   And yes, some landlords scam tenants merely by charging high rents, never doing repairs, and refusing to return security deposits.   We'll get to that later.

The really dangerous scams are often online and not perpetrated by landlords, but by people posing as landlords.   And usually, but not always, Craigslist and Western Union or prepaid debit cards are involved.

The classic Craigslist landlord scam is a posting for an apartment or house for rent, or a vacation rental.  The listing looks legit and has nice photos of the place for rent.   You've been looking high and low for an apartment or vacation rental and can't find anything in your price range!  Suddenly this listing appears and it sounds too-good-to-be-true.   And of course it is.  But you are blinded by the "deal" and want so much to believe that you get roped in.

You respond to the ad and a day later (again, with these cons, you make the "Mark" wait, as it builds tension).  The "Landlord" starts the "story" about why the property is so cheap.  They need to rent in a hurry, and they are out of the country for a while.   So if you want to reserve the property, you need to send money right away, by Western Union or Blue Dot prepaid credit card.

He may send you official-looking rental documents or leases.  He even might ask for a credit check (and sell your SS number to others to scam you later).  It all looks legit.

If you pay, the fun just begins.   For the vacation property, you fly out there and arrive at the destination, only to find that someone is living there and no, you can't stay.   It turns out the "Landlord" is in Nigeria, and he just scraped some photos of the place from a Real Estate Listing or VRBO.   You are now stuck with no place to stay, and no, you can't get your money back.

In other instances, the "Landlord" knows the property is vacant and tells you to move in, but that since he "lost the key"  you'll have to have the property re-keyed.   The real owners of the house come home from vacation and find you living in their house.   The nightmare is for them, of course, as they have to evict you, which they will do.

The fake "Landlord" may even show up at the property to show it to you - after he has broken in and changed the locks.  He collects a security deposit and first month's rent - and it is such a deal you overlook the fact he was insisting on cash.   He leaves and the real owners come back a month later.   This is especially true in areas with vacation homes which are occupied seasonally.   The gardener or lawn guy or maid may know the owners are out of town for two or three months, and they share this information with their cousin who just got out of jail.   Hilarity ensues.

For the tenant, these cons are easy to avoid.   If something sounds too good to be true, it probably is.  People asking for huge payments up-front are often cons.   Cash is always suspect.   You can check quite easily online, if you are unsure, by looking up the tax records for that county and seeing who the real owner is.   But bottom line, ads on Craigslist, sadly, are not to be trusted.   Every so often I go on there to look at stuff, and it never ceases to amaze me that in every category, there are listings for boats, cars, and RVs that don't exist, offered at low, low, prices, in ads that make no sense whatsoever.   And people keep sending in their money.   Real Estate is just another example.

By the way, people have been snookered in SALES of homes this way.   They see a house for sale and the price is too good to be true.  It is "for sale by owner" and the owner meets you in front of the house.  He writes up a contract and asks you for a large down payment - as he has another "prospect" ready to buy any minute now!   So to avoid losing this "deal" you hand over thousands of dollars to buy a house he doesn't even own.    Only later on, when you try to close the deal do you find out his cell phone number was a "burner" and he is no where to be found.   Oh, and by the way, six other people thought they bought the same house and also gave down payments.   The real owner, when they show up, are not amused or sympathetic.

Again, this is easy to avoid.  Stop believing in something-for-nothing.   Don't write a contract and hand over money until you see proof of ownership (and proof of identification).   Use a closing company or attorney, not some contract signed on a trunk lid.   Most "good faith deposits" are kept with the attorney or closing company, not the buyer personally.   Anyone asking for cash is a crook, period.

Those are obvious frauds and cons that are perpetrated by fake owners of properties.   But what about frauds, scams, or cons by real landlords?

Well, again, a real landlord has attachable assets and can be sued.  So they don't outright perpetrate fraud so much as they might just rip you off.   When I was younger, I had a landlord who refused to return a security deposit, claiming I had not provided sufficient notice when I left (the lease expired, and there was no notice provision in the lease).   I went to small claims court, won, and he never paid, and the amount was so trivial that I was never able to collect.   Not paying back security deposits is probably the most common rip-off.   Particularly if you left town, they will assume you won't take them to court, and just keep the money.

When in doubt, though, call first.  I had a tenant leave a property and a month went by and I forgot to send him his check.  He assumed I was trying to scam him, when I had merely forgot.  If he had just called me...   I gave him his deposit back, with interest, of course.

The landlord may, in good faith, believe that your damage may warrant keeping the security deposit while you may believe otherwise.  This may not be a rip-off so much as difference of opinion.   I had one tenant who decided to run his barbecue grill next to the vinyl siding.   He also let his dog urinate all over the house.   Well, he didn't let the dog do this, it just happened.    We reached an agreement on the security deposit, after I showed him receipts for the work done.   We were both reasonable about it.   Others, on both sides, are sometimes unreasonable.

Another rip-off are landlords who are slumlords.   Our cleaning lady had an apartment where the kitchen from the unit above started leaking water into hers.   I was appalled to visit her and find the entire ceiling of her kitchen was missing, and a bucket was in the kitchen catching drippings from the plumbing above.   And the landlord had no intention of fixing this.   This was in a 300-unit apartment complex that rented mostly to illegal immigrants (many six to nine to an apartment!).   We went to the rental office and the bored clerk basically intimated that if we didn't like it, too bad.  And by the way, she'd call the INS if we complained or took legal action.   They just assumed our cleaning lady was illegal, which she wasn't.

And while it may seem to be a "rip-off" some landlords charge onerous late fees and require tenants to pay by money order if their checks bounce.  I lived (briefly) in such an apartment complex, and they were very strict with the tenants, as it was a kind of shady place and the tenants needed a lot of discipline.  If you were late with the rent, it was a $50 fee and if a check bounced, they would no longer accept your checks.

When I was a landlord, I avoided this problem by offering a discount for early payment rather than a "late fee".   Same deal, really, but by offering a discount, I'm the hero, not the villain.   Smart psychology - people like a "deal" don't they?  And if they pay late, the tenant is not being "bad" but rather just paying the standard amount.   Again, psychology.  I am not the stern taskmaster punishing tenants.   Of course, if they were 30 days late, then late fees applied and eviction proceedings would start.   I'm a nice guy, not a patsy.

So some landlords do skirt the edges of the law, particularly when they think they can get away with it.  But outright, wholesale fraud?  A lot harder to do, as most States have Landlord-tenant laws, and tenants do have rights (in some States, extensive rights) and Landlords have attachable assets.

As I noted in my Tenant 101 posting, landlords are always looking for good tenants.   If you are a good tenant, pay your rent on time, and don't cause trouble or damage things, you are an asset and a resource to your landlord.   If you are late on the rent, cause the police to be called, annoy other tenants, break things, park your car in other people's spaces, leave your laundry in the community dryer for three hours and shit like that, well they just assume you left.

You do have a lot of control in this situation - more than you think.   The types of people who bend my ear about "asshole landlords" often have another side of the story they don't want to tell me.   But when I start asking pointed questions, well, another side emerges.

As a landlord, you don't make money with empty apartments.  In fact, you go broke.  Be a good tenant, and you will be in high demand.
Newer Post Older Post Home