Why YOU Can't Make Money Gambling 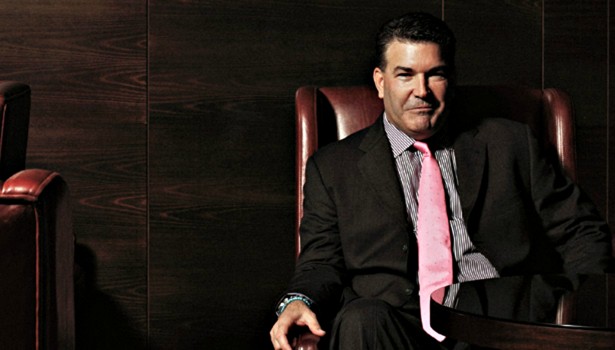 This man is a high roller -  you aren't and never will be.

This fascinating article from the Atlantic, chronicles how a fellow named Don Johnson (not that Don Johnson) fleeced three Atlantic City Casinos for millions.  His secret?  He wasn't playing the same chump card game you and I would be playing.

He won’t say what all the adjustments were in the final e-mailed agreement with the Trop, but they included playing with a hand-shuffled six-deck shoe; the right to split and double down on up to four hands at once; and a “soft 17” (the player can draw another card on a hand totaling six plus an ace, counting the ace as either a one or an 11, while the dealer must stand, counting the ace as an 11). When Johnson and the Trop finally agreed, he had whittled the house edge down to one-fourth of 1 percent, by his figuring. In effect, he was playing a 50-50 game against the house, and with the discount, he was risking only 80 cents of every dollar he played.

You read that right.  They changed the rules of blackjack to make it easier for him to win.

While the casinos were not happy to lose so much money, they do get a halo effect from stories like this.  The ordinary plebes believe that "you can beat the house" if you are "lucky" - not realizing that getting "lucky" for Mr. Johnson included changing the rules of the game - something you and I don't get to do.

But it is great publicity for the casinos, as it keeps the suckers, or gamers as they call them, rolling in.  But, as the article notes, there are too many damn casinos in the USA today, and not enough "gamers" - so they are seeing margins getting thinner and thinner.   And perhaps part of the "gamer" shortage is that people are wising up that playing games with your paycheck is idiotic.
Newer Post Older Post Home