Readers take me to task for criticizing "Meal Kits" as well as the habit of using restaurants as kitchens, and sending out for delivery foods.   I am not saying that these things are necessarily bad foods - although many restaurant meals and delivery pizzas are loaded with calories and sodium.  No, I "get it" that it is convenient to order out or to eat at a restaurant.   And I know this as we used to do it, and it cost a lot of money, over time.  It was a bad habit to get into.

And an unnecessary habit, too.   Today, one of the the largest growth areas for grocery stores is in prepared and semi-prepared meals.   Grocery stores are selling more packaged salads, rotisserie chickens, and other "meal kit" type of meals, although not in kit form. 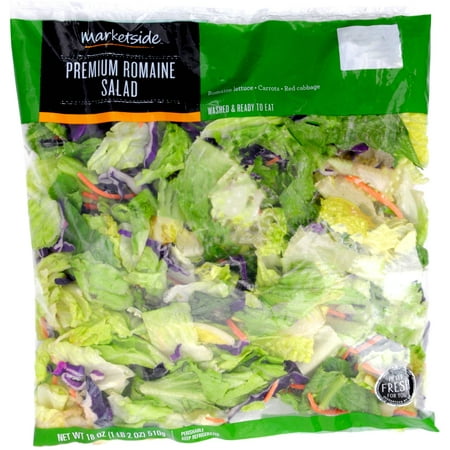 Pre-mixed salads can be very inexpensive and time-saving.


Now granted, not all of these pre-made meals or items are a bargain.  As I noted in an earlier posting:

One of the funniest items I saw sold at Wal-Mart was buttered potatoes. For nearly $4, a package of about eight small red potatoes was packaged with a dollop of butter, in the refrigerated section. The scheme was that the user was supposed to microwave this package, and then have a ready-to-eat meal of buttered potatoes. Of course, for $4, you can buy an entire sack of potatoes (one of the cheapest foodstuffs there is) and a pound of butter as well - enough to feed a family of four for a week, instead of one person for one meal.

Potatoes are not hard to prepare, and they are cheap as dirt.   Other food items take more preparation time and effort and the individual ingredients can be pricey.   Making a salad takes time to cut up ingredients and since you have to buy so many separate things, it gets to be a pain.   It is no wonder that pre-made "salad mixes" are popular.  Some even come with dressing and toppings.  It is pretty painless and mindless to prepare. The basic lettuce mixes can be "doctored" with your own supplemental ingredients as well.

For $4.99, it is hard to beat the Wal-Mart rotisserie chicken.  You'd be hard-pressed to buy the raw chicken for that amount, and the time spend setting up the rotisserie in your oven or toaster oven, not to mention the time spent cleaning up the resultant mess, is substantial.

This is not to say you should eat all pre-prepared foods, only that you do have options other than subscribing to a "meal kit" service at $10 a serving, eating at a restaurant for $20 a serving, or ordering a $25 delivery pizza.  For the cost of one serving from a Meal Kit, you could have chicken, salad, potatoes, and green beans for four people - for even less effort than is involved with a "meal kit".

You can have convenience and low prices.   You don't need to "subscribe" to some trendy service to do this.  We live in an era of super-cheap groceries.   I don't see the reason to spend super-expensive on something that is so dirt cheap.
Newer Post Older Post Home