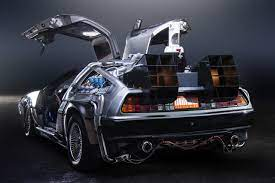 The problem with time machines is that they don't exist.


A reader writes that I am unduly pessimistic about emerging technologies, new companies, IPOs and "The Next Big Thing!"

After all, what is today's blue-chip company was yesterday's "Next Big Thing!" - right?   So why not invest in these hyped new stocks and become fabulously wealthy?

After all, if you bought Microsoft early on, you'd be rich by now, right?

Yes and No.  The problem is, of all the companies that are "The Next Big Thing!" maybe 1 in 100 end up staying in business for even a decade.  The rest fall by the wayside or are gobbled up by other companies or the re-morph into something else.   Or they limp off into slow-death mode.

Now, in retrospect, you can selectively look back and say which companies would have been good investments back in the day.

I can also, today, look back and realize that yesterday I could have played 05 32 44 53 60 09 on the Powerball Lottery and ended up with more than a quarter-Billion dollars.  In fact, that is a much better deal than buying stocks and waiting years for them to go up in value, right?

But.... you could win big!   You are missing an opportunity here!

Perhaps.  But the people who "win big" at these emerging companies are the people who invest millions before the IPO is offered and then cash-out of their holdings by selling the stock to you.   And while you may think you are investing in the next Facebook, you may in fact be investing in the next Groupon - there is really no way to tell for sure.

What's more, this is a game you can't afford to lose.  And yet many people - particularly those in the middle class and below, tend to lose badly at this.   They don't invest their money, they gamble it.   They take long-shot bets like dot.com stocks, IPOs, gold, bitcoin, and whatnot, and then end up losing money.   And often these are the only things they are "invested" in other than their car, their cell phone, and their restaurant meals.

In other words, they aren't "investing" so much as they are spending money, and to them, an investment is just a way of spending more money - like going to a Casino.  And they are so used to losing in life, the fact their "investment" doesn't pan out doesn't even faze them.

Take these Elio "investors" and "depositors" - or anyone who "crowdfunds" someone else's dreams.  They've thrown away thousands of dollars on something that was never going to work out (and please, don't compare Elio to Tesla - his deposits are always refundable!) but they are unrepentant.   You talk to these folks and they say, "Well, I lost my $1000 deposit, but it was a dream and I really hoped it would have worked out!"

When you ask them how much they put into their retirement savings, they give you a blank stare.

The middle-class of America is shrinking not because anyone took our money away as Bernie Sanders and his ilk contend, but because we gave it all away.   The saving and investment mentality of our parent's generation never carried over to the present one.   Our generation seems to be obsessed with spending, acquiring the latest "gear" and pretending to be wealthier than we are.   Few save for retirement or think that saving money is even an option - after all, they are "paycheck to paycheck" because of the payments on their new SUV.

And maybe this is what drives this gold-rush mentality.   Since they have nothing saved, they believe they have to gamble big in order to win the jackpot.   As Jeff Foxworthy once said, "You may be a Redneck, if your retirement plan is to buy lottery tickets" or something to that effect.

The reality is, you can save up money for retirement if you get out of this get-rich-quick-scheme mentality and just put money away into normal and ordinary investments (not things hyped in the media) and then do this regularly for 30 years or so.   Over time, your money will double about every 7-10 years, and you could end up with hundreds of thousands of dollars, if not millions in the bank.

You can't pick winners in the market and strike-it-rich unless you have a working time machine.   Looking backwards and saying "well, such-and-such a company hit it big, so this new company will do the same thing!" is false logic.

And compounding this is the fact that many of these IPOs are really just excuses for the founders to cash-out of failing tech companies, selling dreams to small investors, who $100 or $1000 at a time, fill the bank accounts of insiders with millions of dollars.  Telling the crooked IPOs from the legit ones is nearly impossible.   So just avoid them all.   You can't expect to "win" every time in the market or be on every elevator going up.   If you try to do this, you will fail twice as hard.
Newer Post Older Post Home