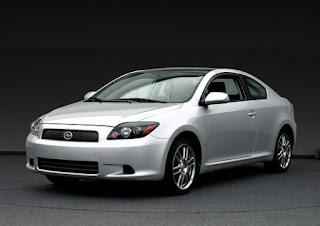 When you are young, you are eager to live life to its fullest, which often results in making horrific decisions.

I met a young lady once who got her first job.   She was right out of school and lived with her parents, so she had zero in the way of living expenses.  When her first payday came around, she was so eager to get her paycheck.   But what was funny to me was that she was less interested in the check itself than the pay stub attached to it.

Most of us want the check, which is the money we are paid, as we can spend that.  We throw the stub away or put it in a drawer somewhere.   But to her, the stub was the thing, as with that, she could go to a car dealer and buy a car, which she did the next day, immediately mortgaging her life so she would have a "thing".

Within a week, the car was in an accident.  She let her boyfriend drive, and he hit something.  Since her insurance was already so high, she didn't bother filing a claim and drove around with a huge dent in the car.  It went downhill from there.  She couldn't afford to take care of the car, and it didn't outlast the car payments.   She started to dread her job, as her entire paycheck was taken up with car payments and insurance.   Rather than building wealth, she borrowed against it, and ended up not only broke, but bankrupt - with a negative net worth.

And sadly, I did sort of the same thing myself, when I was her age.   When I got my job at Carrier, I traded-in (bad move) my paid-for van, for a brand-new economy car, whose collision insurance was so high, I was paying four times the previous amount.   Throw in the car payments (at a staggering 1980's bad-credit interest rate in the teens) and I ended up throwing away well over $10,000 over the next four years.

Kids do this.   It is hard to resist.   And I know a lot more people like my lady friend and myself, who do the same thing.   They blow a ton of money on status items, most notably a car, at an age when they can least afford to do so.   And the car companies know this, which is why they make a range of crappy cheap cars to sell brand-new to kids.

A friend of mine's father passed away, and he is handling the estate.   A nice sized chunk of money is due to each of the grandchildren - enough to buy an entry-level BMW or two economy cars.   He is concerned that his nieces and nephews will immediately squander this money on cars, drugs, electronics, and restaurant meals.   But he knows that he really can do nothing about this.   Kids are going to be kids and have no self-control or impulse control.   And by "kids" I mean people well into their 20's and 30's.  So he sends them a check, knowing full well they will have a new Dodge Charger in the driveway by the end of the week - and be flat broke by the end of the year.

And he is right, because that's the way I thought and acted at that age.   Desiring a lot of "stuff" was just a given, and how you went about getting it was secondary.   If you had to mortgage your paycheck for five, ten, or fifteen years, then so be it.

But not every kid does this.   I do read about some youngsters who save their money, learn to live with less (which ends up being more).   They buy a secondhand car, which really all a new car is, ten minutes after you sign the papers on it.   They find less expensive ways to have the things they want out of life - and bank the rest, building for a future.

And the ones that squander the money?   They vote for Bernie Sanders and argue that the frugal guy should have his money taken away and given to them.  After all, he just got "lucky" - right?

It is sad, but when we reward bad behavior and punish good behavior, our economy will be destroyed in short order.   But that seems to be what a lot of people want to do these days.
Newer Post Older Post Home