When the Market Gets Emotional 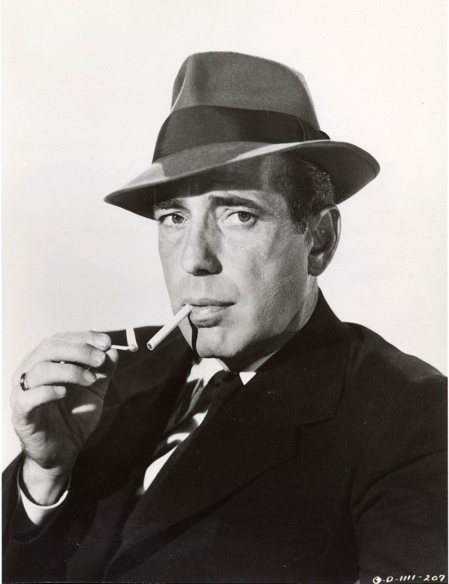 Cutting the amount of nicotine in cigarettes increases consumption, not lowers it.

A reader writes that they bought stock in Altria (MO) the US branch of the old Phillip Morris company, after the FDA announced they were going to "regulate" the amount of nicotine in cigarettes.   The reader opined that the market was over-reacting - indeed even reacting to news, when it should be looking at fundamentals.

Take this "smart investor" from the "seeking Alpha" site, who sold out on the FDA news, who thinks the stock is "overvalued."  By the way, the "seeking Alpha" people tend to be the types who want to "beat the market" and usually end up getting beaten, or at the very least, not doing as well as the DJIA.  I find that site less than useful.

But let's look at this rationally, not emotionally.   And I am sure that many folks would not touch MO stock due to "moral" concerns - that smoking kills people and whatnot.   And if you want to invest with your conscious, so be it.  And maybe that is why the company's stock is so undervalued as a result.

Altria has a staggeringly low P/E ratio of 8.83.   You can think of this in a number of ways - in less than nine years, you'll make your money back on this stock.  Or taking the inverse of the ratio, it has a healthy profit margin of over 11%.   In dividends alone, it pays out at 3.65% - far better than any savings account or CD pays these days.   This is a company with healthy profit margins, to say the least.

But what about the future of smoking?   How can they survive in an era where smoking is so looked down upon as a white-trash activity?

And the answer is simple:  We have an endless supply of white trash.   Every day, some teen decides to be a "rebel" by not listening to his parents and teachers, but instead taking up smoking.   We call these people idiots.   Once they get hooked, they will spend a decade or more smoking before they quit - if they ever do.   And the poorer they are, the less and less likely they will ever quit.

Yes, smoking is evil.  So is heroin, cocaine, and a host of other drugs.   Want to get ahead in the world?   Don't do any of those things.   That's just good advice - and good advice is what people like to shun.   I'm not in the business of trying to "fix" people or cure them of their self-inflicted wounds.  Folks want to destroy themselves, there ain't much you can do about it.   If a friend is driving their car off a cliff, make sure you are not in the back seat.

That may sound cruel or harsh, but once you've lived a few decades, you realize that the people you try to "help" don't want to be helped and in fact will crucify you for pointing out their foibles.  Those "sainted poor" and "noble homeless" that people like to beatify will smash your head in or jam a knife in your back, not just to steal your wallet, but because of who you are.   It it hard to feel sorry for someone who would just as soon as kill you.  Trying to help the poor is a task fraught with peril.  They don't want your help, they want your money.  They don't want your advice on payday loans or smoking - and they are the most likely to vote for a candidate (Trump) who promises not to regulate either.   So why not give 'em what they want?

Smoking will be around for quite some time, even if nicotine levels are regulated.  And MO owns a roughly 30% stake in SAB-Miller, so it is not like the entire stock is leveraged on tobacco.   In fact, they are trying to diversify into other areas, which is a good sign.

But the FDA announcement is a classic example of the market reacting emotionally to the news.  "Oh, the FDA is going to regulate nicotine!  That means no more cigarettes, ever!" and they dump their shares.   The reader is smart to buy after such an emotional reaction.  Even dead cats bounce.

Cigarette companies have been offering "low tar, low nicotine" cigarettes for decades now - since at least the 1960's.   And they are a cruel joke.   You see, the body does get addicted to nicotine, so if you lower nicotine content, guess what happens?  Yup, people smoke more cigarettes.   If you lower the concentration of a drug in a product, people will consume more of the product - this is the theory behind "lite" beer.

Now granted, some studies claim that people will not smoke more and may be more likely to quit if nicotine levels are lowered to below the addictive level.  But even if this was done, I suspect there will still be a core group of people who will smoke, any way they can get it.   People have resorted to rolling-their-own cigarettes in some States where taxes are particularly high.  People find a way around the laws - they find a way to get drugs.  Look around you.

Also, it remains to be seen whether the FDA will follow through with this idea, in the Trump era of de-regulation.  If you read the actual press release from the FDA (and not the breathless reporting of the media) it says something different:

The FDA plans to begin a public dialogue about lowering nicotine levels in combustible cigarettes to non-addictive levels through achievable product standards. The agency intends to issue an Advance Notice of Proposed Rulemaking (ANPRM) to seek input on the potential public health benefits and any possible adverse effects of lowering nicotine in cigarettes. Because almost 90 percent of adult smokers started smoking before the age of 18 and nearly 2,500 youth smoke their first cigarette every day in the U.S., lowering nicotine levels could decrease the likelihood that future generations become addicted to cigarettes and allow more currently addicted smokers to quit.

In other words, the FDA is thinking about a regulation, not enacting one.  The rule-making procedure is not just a matter of someone in the FDA deciding it is so.  Federal Regulations have to be signed off by one guy.  One guy who has already halted enactment of any new Federal Regulations and also  has said that 70% of existing regulations should be repealed.

So what does this say to me?   First, that these regulations won't be enacted.  Second, even if they were, they would not significantly affect the tobacco industry for many years.  Third, Altria, even if it lost all its cigarette business, is already diversified into other businesses and would survive.

The market reacts emotionally.   When Sears announced they would list a few washers and dryers that were "Alexa" compliant on Amazon, the market went into full chicken-little mode, and Lowes stock dropped by 5%.   I bought it, and made a 5% gain in a matter of days as people realized that indeed, the sky was not falling and that Jeff Bezos was not omnipotent.

Following the stock market on a day-to-day basis and making trades based on fear is never a good idea.   On the other hand, if you have cash to invest, and you see other people running away in fear, it might not be a bad time to buy something you wanted to invest in anyway.
Newer Post Older Post Home