Does the Success of Others Dimish You? Yes and No. 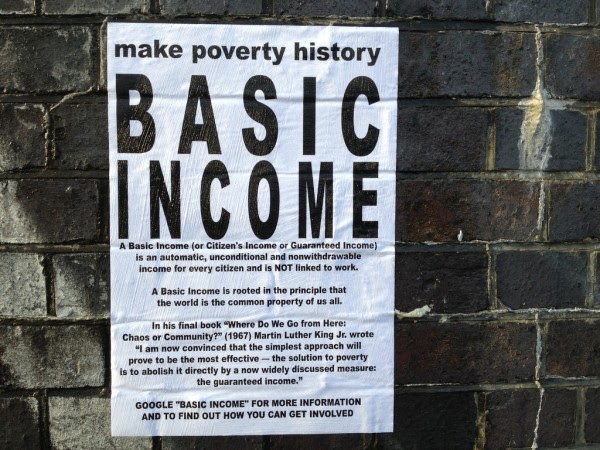 Some folks argue that the wealth of the world is finite and should be divided up equally.   Others argue that wealth has an unlimited potential and just because they create wealth is no reason others should lay claim to it.  Who is right?   Neither and both!


One of the big schisms in politics these days is between the economic theories of the Left and Right, and the Rich and Poor.   People who don't have money conveniently believe that those who do have it should be taxed so that benefits can be paid to the poor.   Those who have money believe they "earned" it and that others should do likewise, if they want to become wealthy themselves.

Who is right?  They both are and neither are.

Personal wealth comes from a number of sources, and in some instances, indeed, people "create" wealth by taking raw materials and labor and creating something worth more than the sum of its components.  This type of wealth creation creates abundance and is a good for society.   The farmer takes his labor, seed, fertilizer, and land, and creates a crop that is worth more than the sum of the parts.   And because of this, we all can eat.

Other types of personal wealth creation are not wealth creation at all, but merely rearranging money.   The casino is a classic example.   Nothing of value is produced except perhaps distraction and entertainment.   But vast sums of money are "taken away" (actually given away) from one party to another.   Similarly, people who operate in slime-bag financial institutions such as payday loans, pawn shops, and other rip-offs that target the lower classes (and increasingly, the middle class) are not "creating" anything of value, but just stealing, legally, from people who can least afford to lose money, and then lining their pockets.   They are literally "taking away" wealth from others and giving it to themselves, ruining people in the process.

On the other side of the coin, just because you are poor doesn't automatically entitle you to the wealth of others.   If we discourage real wealth creation by removing the incentive to succeed in the world, then people stop trying to create wealth.   This is what happened in the Soviet Union and indeed every Communist Country - people are all paid the same, there is no incentive to succeed or excel, and things fall apart over time or remain very poor and mediocre.

So what is the answer?   Well, we should encourage real wealth creation - and we do.   You create a new song or a new company that makes real things or write a computer program or create food or a new car and you can make a lot of money - Millions, even Billions.   If you just work hard and help out in one of these tasks, you take home a paycheck.  Either way, rewards are tied to labor and risk.

But what about the bad guys?  The Casino operators, the drug dealers, the rip-off artists, the scammers and the thieves?   Shouldn't we prevent them from acquiring wealth?

The best way, however, to prevent this unfair "transfer of wealth" from the poor to the con artists of the world is to just stop giving them your money.  Stop taking out payday loans - or writing long-winded articles in liberal publications about how payday loans are a "logical choice" for the poor.  Stop gambling in casinos, buying cars at sleazy used car lots.   Stop handing over your hard-earned cash for shit.

And stop believing that the only way you'll get ahead in life is for the government to be changed and the wealth of the world redistributed.   Because that isn't likely to every happen, for starters.   And pining for these sort of pie-in-the-sky solutions only means being distracted from building up your own wealth.

The people who create real, honest wealth should not be penalized for being successful.  The folks who truly take away wealth from the poor should be penalized.   But the best way to do this is to stop patronizing them.   Sadly, that ain't about to happen anytime so - so long as people decide they need-it-all-now and are willing to pay anything to get it.
Newer Post Older Post Home