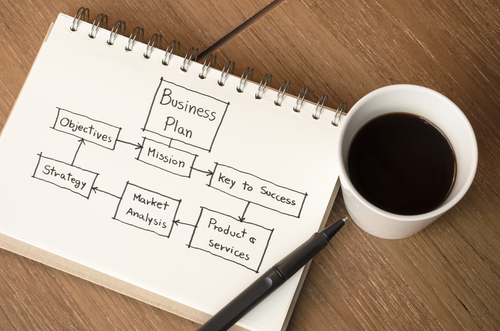 It seems to me that a lot of our so-called advances in technology are not really technological advances at all, but merely methods of taking basic staple items and make them fashionable, trendy, stylish, and status items -  and of course three to five times more expensive.

Maybe it is started in the 1970s with designer jeans.  Blue jeans were the inexpensive durable work clothes of the working-class, adopted by the hippies of that era as an anti-establishment statement.  By the time the Disco era came around, designer jeans were just the opposite, a sign of status, wealth, sophistication and power - by dint of how much you spent on blue jeans.  The irony was lost on most people at the time.

Since then, a number of common inexpensive items have been elevated by our generation and the prices raised accordingly.  I'm not sure if it was coffee or beer which was the first victim, but Starbucks in their ilk took the ordinary Cup 'o Joe which our parents' generation had reduced to an instant powder and elevated it skyward.  Artisanal handpicked beans were carefully roasted and ground before your eyes, prepared by a skilled professional barista into a cup of coffee that cost 3 to $5 or more.  This is a long way from the $0.10 cup of diner coffee that we grew up with.

Beer was next.  Again this was a beverage of the working class, made popular in the 1970's, again by the hippies and young people of that era who are rejecting the upscale cocktails and snooty wines of our parents' generation as being too elitist.  But before long, we were taking beer in a new direction, creating microbreweries and dissecting the different types of beers and their contents.  Suddenly the ordinary six-pack of beer went from 99 cents to a "microbrew" costing well over $10.  And buying a beer at a bar could cost you $5 or more.  The beverage of the working-class became the beverage of the upper class.

Of course, bottled water is another case in point.   Tap water in the United States was pure and clean and some of the best on the planet - and still is, outside of Flint, Michigan.   But in the 1980's and onward to today, we've been conditioned to buy water by the bottle.  The drinking fountains of my youth have all gone the way of the pay phone - they are no more.   We now pay for that which used to be free, and some folks pay huge amounts for designer waters.

It hasn't ended there.  Today, convenience is being pushed as a means of increasing prices. Coffee now comes in cartridges (like an inkjet printer) that you buy for a buck apiece put into a machine you paid over $100 for which takes up half your counter space. When I question people about the financial soundness of this transaction, they say they love the convenience of it above all.  It seems we are so damn busy in our lives so we don't have time to even boil water.

Frankly, I am convinced that the whole "cartridge coffee" thing started out as a joke between two venture capitalists.  "Hey, I'll bet the plebes are so stupid that we can take something as ubiquitous as coffee and sell it to them like HP Inkjet cartridges!   They'll pay through the nose!"   And his friend replied, "You've got a bet!" and the rest is history.

And so it goes.  Once basic grocery shopping was something that every family did to put food on their table and filled their larder.  As I noted in two earlier postings, meal kits are now the rage.  They are touted by many people including some readers who use some very sketchy mathematics to argue that they actually are paying less for food in a meal kit than at the grocery store, as if you bought groceries, you'd have to throw away the excess amounts not used in the recipe.  Go sell crazy somewhere else!

Home food delivery is a part of this trend.   People are "too busy" to shop - or at least the people pushing the home delivery service have convinced them of this.   What it is, rather, is another disturbing plot-point in the trend of "cocooning" described by Faith Popcorn ages ago.   Pretty soon, none of us will ever leave home.

But it's not just meal kits, it's also take-out foods, prepared foods, delivered foods, and other convenience items which have more and more taken over in our country.  And in each instance, we are told this is a new "technology" that we should invest in and it will take off and be worth billions of dollars in market cap.

I'm not sure where I'm going with this, only that I guess if you can figure out the next pedestrian thing in our lives that will be turned into an upscale must-have accessory, maybe you could make a fortune.  I was going to sarcastically suggest that maybe something as simple as salt would be the next big thing, and then I realize I have a package of kosher organic sea-salt sitting in my pantry.  Too late!  And yes, the salt of the month club is not just a parody on the Onion anymore  (there are in fact, several!).

Oh, maybe the onion of the month club?  Designer onions delivered to your door!  Who could live without it?  Wait, maybe its already been done.   Maybe we need to get more basic.   The dirt-of-the-month club.   Sacks of artisanal dirt delivered to your door, every month, each with its own laminated instruction card with ideas for use.   Pot a plant!   Seed your yard!   Make a mudpie!  The possibilities are endless.  I prefer Santa Fe Red, myself, but I fancy myself a sophisticate.

And it seems like it never stops. We have the trend of olive oil bars now, taking what was a fairly simple staple good and elevating it to an upscale luxury item.  We talk about different olive oils like they are Scotch Whiskey - and don't get me started on Scotch Whiskey, either!  It seems that our paraphernalia generation can never leave well enough alone.  Everything we do has to be at the expert level even if we are rank amateurs.  All of our gear and our consumables must be professional grade.  It sucks the fun out of everything.

And I think that's why these sort of things find a ready audience.  We must be the most insecure generation ever.  We need to validate our expertise and our self-worth through our purchases.  We are not merely schmucks who schlepped to the grocery store to buy staples and bring them home and cook meals, but rather we are Gourmands who are assembling meal kits and making our cartridge coffees, serving wine from our wine-of-the-month subscription.

Maybe it is time to step back and take a good look at ourselves and maybe take a good hearty laugh as well and stop taking ourselves and our world so seriously. We are not experts, professionals, gourmands, or billionaires. We are not upscale celebrities lounging on our yachts wearing our expensive Swiss watches and sipping our designer champagne.

Sure, we can pretend to be these things by giving away every last penny of our earned income to the marketers who sell status things.  We are turning into a nation of strivers who will give anything to climb that next rung on the social ladder.  But you can't buy your way into the upper class just as you can't buy your way into wealth.  Wealth is something that must be accumulated over time not dissipated.

And one sure way to dissipate wealth is to spend two to five times as much on basic items in your life as you need to just for status or convenience.
Newer Post Older Post Home