What Kind of Company is Amazon, Anyway? 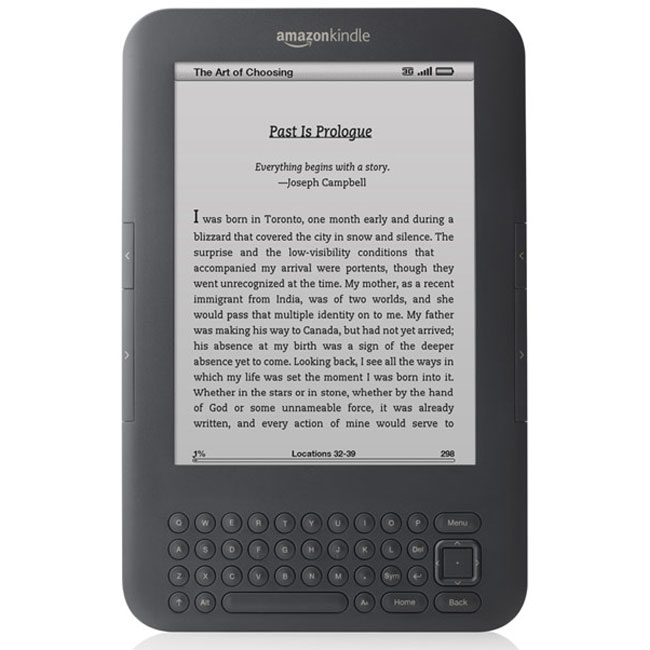 Amazon went from selling dusty old used books, to selling just about everything.  Today, they are trying to position themselves as a tech company competing with Apple and Samsung.

I recall Jeff Bezos appearing on The Daily Show with Jon Stewart (boy, that seems like ages ago that that show was on the air!).   He was pushing an early version of the Kindle, nearly a decade ago.   And back then, he was a bookseller, trying to branch out into technology to sell e-books, which was a new thing.   Today, it seems that bookselling is the least part of Amazon.   Who the hell reads books anymore, anyway, right?  The smart phone has killed off literature, replacing it with 140 characters of tweets and texts.

Amazon took off after that, and today you can buy almost anything that is legal to sell, on that site.   They haven't started selling cars yet, to my knowledge, but it is only a matter of time.  Oh, wait, they are doing that, too.[1]   But something has changed even since then, which tells me that maybe Amazon sees the writing on the wall with operating as a online merchant.   The mercantile trade is a business of margins, and Amazon, like "tech" companies, is not very efficiently run.  They can't compete with the penny-pinching of Wal-Mart, at least not for very long.

Today's earning report seems to verify this.  Analysts were expecting earnings of $1.42 share and yet Amazon delivered only $0.40.  This is more than just a near-miss.  The problem for Amazon is that retailing is a game of narrow margins and cost-cutting. There are no barriers to entry in the retail market, you just buy stuff and then sell it to people.  There no patents, there are no monopolies,  there is nothing preventing other people from getting in on the game. You can't just raise prices to cover your expenses. So despite all this hoopla on Amazon taking over from brick-and-mortar, perhaps Amazon might find that there's little profit in just selling things.

And Amazon has fallen into the trap of market share, much as General Motors did and many companies before it.   People concentrate on overall revenue (gross receipts) and not earnings (net profits).   Revenues are fine, but it is profits that keep the lights on and the place going.  Amazon's revenues are up, but earnings are down, which means they are facing tighter and tighter profit margins to go after greater and greater market share.   Selling stuff - and it doesn't matter what you are selling - is a tedious and capital intensive business whose profits are to be found in small savings here and there, which take an awful lot of work and talent to find, as Sam Walton discovered.

Retail isn't any fun, is it?   So it seems Amazon is morphing again, selling "Alexa" - its own personal assistant, much like Apple's Siri or Google's whatever.   You talk to "Alexa" and she plays music, starts your Kenmore washer, sets off the sprinkler, dims the lights, arms the alarm system, and programs your Roomba to spread cat feces all over the house.

And this is funny to me, as Amazon was not a tech company before, but now it appears to be trying to morph into one.   Next thing you know, they'll be selling their own format of smart phones.  Oh, wait, they tried that, and it failed.

In fact, Amazon has its fingers in a lot of pies lately, everything from health insurance to meal kits.   And some would take this as a sign of a company on the move - expanding to take over new markets and new conquests.   I see it as a sign of desperation, of a company trying to find something profitable enough to sustain it.  The share price is over $1000 a share and the P/E ratio is over 250, even with the stock losing value yesterday.

Do you ave 250 years to wait to make money on Amazon stock?   Do you think they can improve profitability by a factor of ten?  Not revenue, but earnings.    Amazon sells a lot of stuff, to be sure, but is there room for exponential growth?   Or will others jump into this space and also start selling "stuff" as well?

Much ballyhoo was made yesterday as Amazon's stock price peaked (before the earnings report) and based on the myth of Market Cap, Jeff Bezos was richer than Bill Gates - for a few hours, anyway.   Then the earnings report came out and, well, he's back to #2 position.   You see, Microsoft has a P/E ratio of 27, compared to Amazon's 258.   If both Billionaires had to liquidate their positions in their respective companies, who do you think would end up with the bigger pile of cash?

Bezo's "wealth" is based on the speculative idiots in the marketplace bidding up Amazon stock to over $1000 a share because they buy things on Amazon and listen to the financial press and are convinced Amazon is going to "take over the world".   But buying shit and selling it isn't really that big a deal.   Microsoft, at least,  has a worldwide monopoly on its operating system - at least for the time being.   And that's why they have a P/E ratio of 27 - they make serious money.   Amazon?   It is all based on hype and speculation.  Selling tchotchke on the internet just isn't that profitable a business.

And that, in a nutshell is why Amazon is floundering about, trying to figure out new, more profitable ways, to make money.   Maybe in groceries, or in meal kits, or in health insurance.  Drones, perhaps?  Home automation?   Let's throw a bunch of shit against the wall and see if  any of it sticks!

In the meantime, they are losing sight of their core business - selling shit on the internet.   Not only that, but all these ancillary businesses require huge amounts of capital to start up - and many of them will pan out to be nothing.   As a result, this means earnings will decrease further and/or prices will have to go up - which means some other company, who does have its eye on the bottom line and is interested only in selling shit has an opportunity to undercut Amazon on price and service, and.... well Amazon has to hope they make enough money on Alexa or whatever to make up the difference.

I wonder if Amazon will split up, eventually, spinning off these new tech companies and other interests and leaving the warehousing and retailing business separate.   Because things like acquiring Whole Foods I don't see as an asset, but a distraction.   While the financial press, which lives on either coast in large cities, might think that $6 asparagus water is a great deal, the vast bulk of Americans are shopping in traditional grocery stores, where eggs are 69 cents a dozen these days - which is all most of us can afford.

[1]  But not doing it well.  The Amazon "Car" site lists every make of car ever made in non-alphabetical order.   You want to buy a Tucker Torpedo?  They have a check box for that make.  Good luck finding it in the non-alphabetical listing of over 200 makes.  A company that can't even HTML properly is going to "take over the world"?   Not yet, is appears.  Also, it doesn't appear they sell cars yet so much as they are steering "leads" to car company websites.
Newer Post Older Post Home