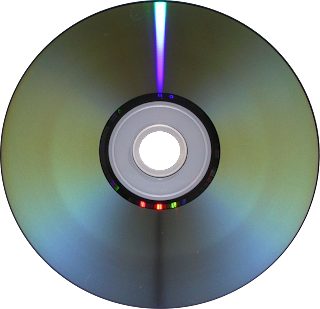 DVDs are going to go away, and the much-vaunted BluRay Disc is DOA.

The idiot media is at it again.  In a recent article on CNN, they announce that since RedBox, the company that runs those DVD rental kiosks, hasn't gone out of business this fiscal quarter, it must be immune from Netflix and on-line streaming.

Talk about not being able to see the forest through the trees!  As I noted in a recent posting, anyone can create an online multimedia center using an inexpensive large-screen television with a VGA input and an old computer.  And through such a system, you can watch videos on demand from Netflix for $7 a month - or download television shows, online radio stations, YouTube videos, your digital photographs, or whatever.

And it is a lot of fun, too.  And although this sort of technology is in its infancy, one can clearly see that it is the wave of the future.

Some more houseguests came over this weekend, and we watched movies, downloaded youtube videos of the 1950's cargo planes my friend worked on, researched things online, and of course continually played online radio music.  We looked at photos from their recent trip across the country as well.  It really is a great multi-media entertainment tool - and so much nicer than TeeVee - and about 1/10th the cost as well!  And all of it was commercial (if not advertisement) free.  Selecting what you WANT to be on TV, rather than "seeing what's on" - it is the wave of the future, unless you are blind.

But, you know, when the "horseless carriage" came out, there was a legion of naysayers who thought it was just a fad, and you know, you can't beat good old horsedrawn wagons!

And there is no shortage of naysayers for the development of what some are calling Internet Television.  The problem is, the naysayers have no clue what this new development is - beginning with the name "Internet Television" and the first attempts to commercialize and productize (and monopolize) this trend, through proprietary networks and hardware, like Google TV are failing as a result.

Why would anyone buy a Google TV when you can just buy a TV and hook it to a Netflix box or to an old computer?

At the present time, people watch videos by playing DVDs, and in a small minority of cases, BluRay discs.  But increasingly, the idea of sending data though physical media is becoming obsolete.

Whether it was a floppy disc or a CD-ROM, sending computer data, files, documents, and the like by physical means just makes no sense when you can attach a file to an e-mail.  Who buys software in discs anymore, when you can download it online - half the time for free?

Music, of course, was next - why buy bulky CDs when you can carry months of music on your iPod or in your hard drive (or preferably both)?

So it is only natural, as Internet bandwidth increases, that video will be next.  And for Netflix, it is not a hard equation to solve - why spend money MAILING (how quaint) CDs, when you can stream data over the Internet?   Netflix can eliminate 90% of its physical overhead by going to an all-online video streaming service.

And streaming data will be the deathknell, eventually, of Blockbuster, RedBox, and the concept of "buying" physical DVDs.

The naysayers will chime in, "Well, Netflix doesn't have ALL its DVDs online yet!"  Yes, this is true, and obviously this means that they never will, either.  Oh wait, that is idiotic thinking.  If you are trend-spotting, you have to look at what can be, and where things are going, and clearly, more and more video is being released online, and it is only a matter of time until one studio decides to release a movie to streaming only, and forgo a DVD or BluRay release.  When that happens, an avalanche will occur, and the physical discs will disappear in short order - to be relegated to a shelf where you kept those old VHS tapes.


But what about picture quality?  Granted, at the present time, resolution is not HD quality, and depending on your internet connection, frame rate can jitter or judder on occasion.  But I wouldn't worry about that too much.

Just as early automobiles struggled to go 30 mph and early roads were dirty and rutted, the hardware and networks we have today are primitive compared to what will be down the road in 5-10 years - particularly now that we can see what the future is and work toward it.

But more importantly, resolution just isn't an issue.  Sales of HD TVs and BluRay discs has not taken off like a rocket that the manufacturers thought they would.  Why is this?  There is more going on here than just consumers resisting buying everything new once again.

As I learned while drafting and prosecuting hundreds of graphics and video Patents for the Cable TV, Satellite TV, DVD, and VGA industries, screen resolution and the perception of a quality image are two different things.  And one rule of thumb of video is that you never waste bandwidth making an image sharper than it needs to be.  If the viewer cannot detect the difference in video quality, even if the image is "technically" better, then all you are doing is wasting money and bandwidth, which really are the same thing.  And this basic theory is the underpinning of the MPEG compression standards.

HD TV may look cool when you watch a tropical fish demonstration in the store, but when you watch a newscast at night, it barely makes a difference.  Our eyes do not see an entire image at once (and if they did, they do so at very low resolution).  Rather, we see images in bits and pieces as the eye moves around and the brain "assembles" the image.

So the HDTV and BluRay people really were wasting their time.  They created these high resolution images, but the net effect is bubkis.  It was an increase in resolution that most people don't even notice.

We live in an exciting time, and for me, it is like a Science Fiction dream come true.  In the next ten years, paper magazines, books,  newspapers, mail, and most other paper documents will go away, in favor of online communications and e-reader type devices, and the like.  Yes, you can say "dagnabbit" all you want.  But your desire for "real books" is about as relevant as your desire for vinyl LP records - there just aren't any available.

And if the switch from Vinyl to CD to online music is any indication, these changes will occur at shift points - bends in a knee curve when one moment it will seem DVDs are everywhere and then the next moment they are gone.

Already the US mail is disappearing for many people.  You can get statements, communications, documents - almost everything you get in the mailbox that is paper - online now.  And now that Netflix is streaming DVDs, I don't even need to go to the post office for that.  The USPS will be a package delivery service in the future, and UPS and FedEx are in for some rough sledding.  I would not invest in the latter two.

As for Blockbuster, their brick and mortar stores will go away in 5-10 years, if not before then.  If they are late on the streaming bandwagon, they will be toast.  And Netflix will be the winner.  I only wished I bought stock in it a few months ago, before it shot up in value.

And RedBox?  Despite CNN's "dagnabbit" approach to technology, the idea of selecting from a limited number of physical DVDs from a remote box, for dollars apiece will go away when people realize that for $7 a month, they can get unlimited DVDs from a box next to their television set.  Money talks and bullshit walks.

And CNN, as usual, is full of bullshit.

But then again, they are the CABLE News Network, so they have to downplay anything on the Internet.  The TeeVee news media will continue to downplay the Internet, unless they can co-opt it to promote their "broad-casting" technology.

By the way, you knew that broad-casting was an invention right?  David Sarnoff of RCA created it.  But more about that in another posting.
Newer Post Older Post Home