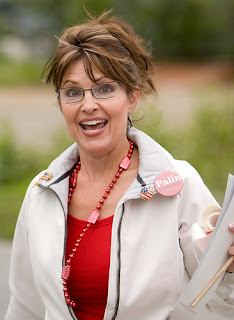 
I do not think of myself as "Liberal" or "Conservative" although my views encompass some features of both extremes.  Like most Americans, I am somewhat middle-of the road.   And as such, one tends to be called names by both extremes.  But such extremism is the problem in this country today, not the solution.

We previously discussed how annoying Wacky Liberals are.  Now let's take a look at Wacky Conservativism, or as some Wacky Liberals call it, "Right-Wing Republikan Nazism".  Being Conservative is fine and all, and the word "Conservative" is not a dirty word.  But some people take a good thing too far.

What are the hallmarks of Wacky Conservativism?  Here's a few:

1.  Embracing Fascism and other failed ideologies that even a 3-year-old can see the holes in.

2.  Feeling sorry for big businesses and thinking that the Government should never interfere in the "free market."

3.  Feeling morally superior to others because of your political views.

4.  Blaming minorities for their problems because you secretly believe, deep down, that they can't help themselves - which is really, really racist, if you think about it.


5.  Blaming all of your personal woes on politics or "big government".


6.  Looking to the free market as the solution to all problems.


7.  Belief in the idea that it is the Government's job to do nothing other than put people in jail and defend the country.


8.  A complete lack of understanding as to how creating a permanent underclass is destructive to any society.

I suppose I could go on - but you get the point.  Being conservative is one thing, but thinking that you can pass a law that makes everyone rich is another.  Wacky conservationism is characterized by a complete suspension of disbelief - and the idea than anything can be done just by willing it to be so.

And Wacky conservativism is also characterized by a reverse victim mentality - that hard-working people like themselves would be billionaires, if only the "gub-ment" would stop taxing them to death and taking all their money.  But hey, don't cut their Social Security or Medicare!

And Wacky conservativism is characterized by one more thing - a complete intolerance for any other viewpoint.  If you try to hold a discussion with a wacky conservative, it is a one-sided discussion.  Everyone agrees on everything, in their world view, except for a few "Evil Bleeding-Heart Democrats" who just want to take away all your money and give it to convicted rapists.  And if you don't agree with them 100%, well, you are the enemy.

Thus, Presidents like Ronald Reagan and George Bush are derided as "too liberal" by the wacky right, and often the wacky right ends up derailing the agenda of Republican administrations by holding out for "my way or the highway".

And both Reagan and Bush made good use of mid-term election "losses" to rally the faithful and get them to realize that a compromise was not such a bad thing - compared to the alternative.

And of course, wacky conservatives are politcal junkies - people who obsess about politics all the time, to the detriment of their personal lives.  And ironically, many of them don't vote or donate money to candidates.  Or if they do, they support fringe candidates that have no chance of ever winning, rather than support a moderate Republican who, with some small additional support, might win.  It's either Ron Paul, Sarah Palin, or they will sit home and pout!

And that is the nub of the wacky conservative - they would rather see Democrats win, if they can't have their Fascist candidate win.  To them, there is no "difference" between Republicans and Democrats, so why bother?

Wacky conservatives annoy the piss out of me.

And you know what?  They really are not much different than Wacky Liberals.  Both groups offer no real solutions to our country's problems - just angry rhetoric and extremist solutions that will never pass unless the government is overthrown by violence.

And perhaps that is what both sides want.  Let's not let them win!
Newer Post Older Post Home