The Staggering Cost of a DUI for Middle-Class Americans 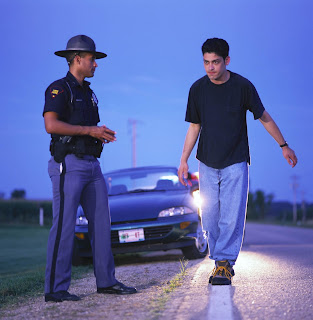 This is a bad place to be, but it could happen to anyone who drinks.
As I noted in my post Speeding, a Loser's Game, you can really jack up your insurance rates very rapidly after just a few speeding tickets.  And I know this, because as a youth and even well into middle-age, I got a lot of speeding tickets.

I drive the speed limit now, or very little over, and my insurance rates have plummeted.  We pay $31 a month to insure two BMWs through GEICO.  Since they are older and paid for, we just have liability coverage and add umbrella coverage on top of that.  As I noted in another post, Collision and Comp insurance for older cars is often not worthwhile.

So, if you drive carefully - obey the speed laws, come to a full and complete stop at all stop signs, use your turn signals, and keep your nose clean, your insurance rates can tumble dramatically.  For young people, the savings in insurance costs can be enough to equal a car payment.

But there is another area where you can raise your insurance rates devastatingly, and also incur significant expenses, and that is with a DUI - Driving Under the Influence - arrest.

If you drink at all, chances are at one time or another you may have been behind the wheel with alcohol in your bloodstream.  How much?  It is hard to gauge, unless you measure your intake carefully over time.  The only sure way to avoid a DUI is to not drink at all.

Many folks look down their noses at someone who gets arrested for DUI.  After all, They are not that sort of person!  Only "drunks" get caught for DUI, right?  Wrong.  As I noted in another post, don't confuse getting lucky with being brilliant.  A lot of people get behind the wheel every year with a blood alcohol content over 0.08% and don't get caught.  That doesn't mean they are smart - only that they didn't get caught.  So no one has the right to look down on someone who is arrested for a DUI.  If you drink at all, that someone could just as easily be you!

At any roadhouse bar and grill on any given night, I would have to say at least half the patrons are over the legal limit.  And as I noted in my Motorcycle posting, this can be a particular problem, if you head off to a biker bar.

And yes, I know all this, because as a youth, I used to hang out in biker bars, or just local taverns, or parties at friend's houses and yes, a lot of us drove home probably with too much to drink, and most of us didn't get caught.

We were lucky - not only that we didn't get caught, but also that we didn't injure or kill ourselves or others.   While we might not have been driving the stereotype "Drunk Driving" style - swerving all over the road, speeding, squealing tires, etc., our reaction times were certainly slower and of course, there is always the danger of simply falling asleep at the wheel as well.  I was lucky, not brilliant.

While in Alexandria, Virginia, I met the founder of Mothers Against Drunk Driving and her story is not a happy one to tell - and neither are the stories of anyone who has lost a loved one to a drunk driver.

And the actions of M.A.D.D. and other groups have raised the awareness of this issue.  Gone forever are the days where the average middle- or upper-class person could hire a good lawyer and expect to receive a reduced charge and minimal punishment for what was then called DWI.  And since those days, the alcohol limit for DUI has dropped from 0.10 to 0.08, making it very easy to get a DUI after even a moderate amount of drinking.

This chart is interesting, as it illustrates the effect of body weight on blood alcohol level.  As you can see, smaller people are particularly at risk for DUI.  A lightweight woman or man could be over the limit after only two drinks.  So if you go out drinking, keep that in mind and have a designated driver or carefully monitor your intake - the latter of which is, in my opinion, a problematic task, as drinking impairs judgment, making it damn near impossible to monitor intake.

The raised awareness of DUI in our country is a good thing and saves lives.  What is frustrating to me is that we still continually read in the paper about people with 4 or 5 DUI convictions, who make headlines when they smash into a bus load of nuns, killing them all.  These deadly DUI people seem to be immune to our justice system and account for a large portion of the mayhem on the road.

On the other end of the spectrum are ordinary citizens, who, when coming back from a party, a wedding, or a bar, barely tip over the 0.08 level and end up handcuffed and in jail.  I am not saying what they are doing is right, only that it could happen to anyone who drinks - and you are kidding yourself if you don't think it can happen to you.  Again, don't confuse being lucky with being brilliant.

And a lot of us are lucky but think we are brilliant.

The costs of a DUI to the serial-DUI person are minimal - he gets a public defender and has no assets to attach for fines or whatever.  He spends time in jail, gets out and gets drunk again and gets caught, or wrecks a car, or kills someone.  The system clearly doesn't work with regard to these truly dangerous people - until they have killed someone, sometimes multiple times.

But Joe Middle-Class, who isn't a serial-DUI person, well, one indiscretion can be a very expensive headache!  In addition to the cost of fines, attorneys, and the like, his car insurance could be very expensive for a very long time.  If you are a citizen with a job and assets, DUI can be devastating to your finances - or at least very expensive.

It seems to me that the system we have in place today tends to punish a lot of casual drinkers who are otherwise solid citizens, but is not catching the serial DUI killers, who routinely turn up in the papers with multiple convictions spanning decades.  Again, I am not saying it is "right" that someone drink and drive, but it seems that our system is more than able to punish a secretary driving home from the Office Christmas Party with a 0.08 BAC by basically ruining her life, while some low-life who has killed people gets off scot-free - again and again.  Something isn't right here.

But of course, the system isn't about to change, and if you do get a DUI, it is not likely you will be able to "plea" to a lesser charge, as MADD and other groups closely monitor DUI cases these days and cry "foul" if a Defendant is allowed to walk.  Moreover, no Judge wants to be known as the guy who let the multi-DUI killer go free, so Judges tend to take a hard line on these cases these days, even if your case should deserve special consideration.  Nevertheless, it pays to get a good lawyer, if you are arrested.

In addition to problems with the legal system and car insurance issues, there are also secondary issues as well.  For example, if you have a professional license, as I do, it may be at risk if you have a DUI conviction.  If you have a security clearance, you can lose it.  So not only do you face a lot of fines, possible jail time, and high insurance, you could lose your job as well.

For young people a DUI can be especially devastating, as it can make getting a job more difficult, and also limit your employment options.  Having a clean license is necessary for a lot of part-time, summer, and even career jobs.

Note also, that as a HOST of a party at your home, you may be liable in some States if a guest leaves the party drunk and injures himself or others while behind the wheel.  If you are a parent of teenagers, this is particularly problematic, as it is hard to monitor their actions sometimes.

The bottom line, for your finances, is that you seriously have to look at your own actions and ask yourself - honestly - are you brilliant or have you just been really lucky?  Because I can tell you that I have been lucky and not brilliant, particularly when I was a youth.

Some proactive steps I am taking include:


1.  Limit Drinking:  Alcohol aggravates my Gout and Diverticulitis anyway, and also is a huge source of calories leading to weight gain.  It doesn't make me happy, beyond maybe one drink, so why drink a lot more?

2.  Walk or ride if going to, or returning from an event:  Set a designated driver or ride with a non-drinker.  Walk to a friend's house.  Take a taxi if you are drunk.  Whatever it takes.

3. Sleep Over:  If a friend has a lot to drink, put them in the guest room and don't take "NO" for an answer.  You can always toss their ass out at 5 AM if they have to "get to work the next day".  Similarly, if you've had too much to drink, sleep it off on a friend's sofa.

These are just a few ideas.  If you like to socialize with friends, you really are risking a lot of your wealth if you drink at all.  It doesn't take much to be "over the limit" - even if your driving is not (or does not appear to be) impaired.  Relying on being lucky is not a good idea.
Newer Post Older Post Home