The Schitzophrenic Nature of Organizations 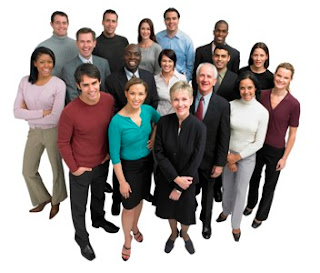 Volunteering for an organization can be a frustrating waste of time.  No matter what you do, you will get grief for your efforts!


As I noted in my posting Organizations, Helping You or Helping Themselves? getting involved in organizations can be problematic, whether it is just a financial commitment or a commitment of your time and energy.

Why is this?  Well the leaders or old-time members tend to view the organization as "theirs" as they have spent a lot of time and effort there.  So when a newcomer joins the organization, they tend to shun them.  After all, some "newbie" hasn't "paid their dues" like they have!  And what's worse, these newcomers have new ideas on how to do things - ideas that the old-timers don't want to hear about!

So, in many cases, organizations tend to stagnate over time, as they fossilize with older members who tend to alienate any newcomers - if they don't simply blackball them or vote them out, which happens more often than you think.  And while they decry the decline in membership and participation, the older members never look within themselves to see if it is something they are doing to drive away people.  No, no, it is the other people's fault, of course!

And often, at this stage, we see organizations like this literally fall apart - dividing into two competing groups - as if a small town could support yet another sewing circle.  And of course, the two new, smaller groups do less well than the one original group.  Unlike a Starbucks, there is no additional profit in opening a franchise across the street.

And this is a pattern we see, time and time again.  And it is a shame, as organizations end up dissolving and dissipating as a result, and oftentimes years of valuable work is lost.

But, I suspect that this sort of pruning is often necessary.  New organizations and groups will form in their place, to take place of the old, and these new groups will have new members and new ideas, which are not constrained by the petty bickering and ossification of older groups.

That is, until they become ossified themselves, and the whole process starts all over.

Volunteering to join a group or volunteering for a group can be a deadly trap.  When you join an organization, it seems like a lot of fun, at first.  And you may be surprised, as a newcomer, to be nominated to be on a committee or to be asked to volunteer to help out.  After all, you are the newbie!  And they are giving you such responsibility right away!  Wow!

But then you see the trap - you take on a task and do it to the best of your ability, only to face criticism and even be shouted at, or treated like a small child.  That's not the way Marge did that in the past!  What's wrong with you?  Using a computer?  We don't need those fancy things!  So your initial enthusiasm for the group is just shit upon, utterly.

And it is a lose-lose situation - no matter what you do, it isn't good enough, as some "old timer" in the group will point out how deficient your efforts were.  Of course, the old-timer isn't volunteering to do it, are they?  No, they've been there long enough to know better than to do that.

And of course, you talk with other members about this, and they dredge up their 20 years of dirty laundry, and tell you how they secretly hate all the other members, or what competing cadres of people are fighting for control of the group.  You got into this thinking it would be fun, and now it is just an emotional black hole, dragging you down.

So the organization loses yet another member, and everyone sits around and bickers about how "kids these days" don't have the dedication to stick to a task.

There really is no way to "fix" such organizations, other than to wait for the older members to die.  Spending a lot of time and effort trying to be helpful or volunteering can just be a frustrating and utter waste of your time.

Of course, some folks love to have something to bitch about, and many people love to complain about organizations they belong to, or how their efforts at volunteering are under-appreciated.  It is the Friend With the Perpetual Problem gambit, plain and simple.  Either stop bitching about it, or quit.  But whining perpetually about how the organization that you joined is so crummy just gets old after a while.

Organizations can be fun, if they are properly run - but few are.  Most are full of people who want to form an inside clique or circle, for the sole purpose of excluding others, in order to fill a sick need in their psyche.

Do you really want to play in that sandbox?  Or do you have better, more constructive uses for your time?

Think about it carefully.  If you have fallen into the trap of belonging to an organization while at the same time, constantly bitching about it, perhaps it is time to quit and move on.
Newer Post Older Post Home