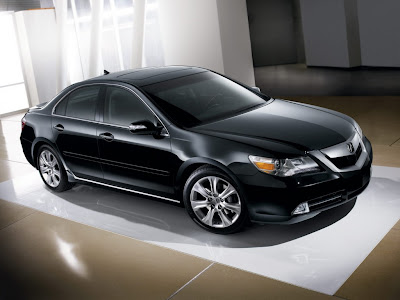 Leasing a Car is a horribly bad financial decision!

And note that when I say "Never lease a car!" I am not here being my usual dramatic self.  It never makes financial sense for an individual to lease a car, period.  Businesses may have valid reasons for leasing cars.  But like so many other economic propositions, what is good for a Corporation (which is making money) isn't good for you (who is merely spending money).

Leasing might make sense if you own a company and need cars or trucks for your business, but can't afford the price of the vehicles and plan on buying new ones every few years, anyway.  The Tax code allows you to write-off the cost of a lease as an expense as opposed to the arcane depreciation rules for buying a vehicle.  It saves a lot of paperwork, and if you are a busy businessman, the extra cost of leasing is worth the "hassle" of  having to buy and sell cars.

Leasing is sold to consumers on a number of false premises:

1.  You are only buying the part of the car you want

2.  You can get more car for your money

3.  It is less hassle than buying and selling a car every few years.

Let's look at these one at a time and see how leasing a brand new luxury car can cost DOUBLE the price of buying the same car lightly used, or cost FOUR TIMES what it would cost to buy the same car, in more pedestrian form.

1. You are only buying the part of the car you want:  The idea is, if you are the type of person who buys and sells cars every 3 years, rather than buying and financing the "whole car" and then selling back the residual to the dealer after three years as a trade-in, you are paying only for the part you are using - the first three years of ownership.

In some twisted way, there is a nugget of "truth" to this, but bear in mind that the first DAY of ownership of a brand new car is the most costly - the vehicle depreciates 10% the moment you drive it off the lot.  So while you may be paying for "only the part of the vehicle you use" you are paying for the most expensive part.

The second problem with this scenario is that you are limiting your options.  If you get a three-year lease on a car and decide you like it, well, you have to take it back and turn it in.  If you bought it, well, you could keep it for several years more (the much cheaper years of ownership) and enjoy it.

And for some reason, most automotive leases are structured that it is nearly impossible to buy the car at the end of the lease without paying over market value for it.

2. You can get more car for your money:  Salesmen use this strategy to sell you an Acura (pictured above) when your budget really should be more Honda.  It is an appeal to your vanity and your need for status, plain and simple.  And buying status items is one sure way to middle-class poverty.

So no, you are not "getting more" for your money - you are getting less, really.

3. It is less hassle than buying and selling a car every few years:  This is where they really stick it to you.  Leasing is fraught with hidden charges and scams.  The interest rate on the loan (and it is a loan) is usually hidden, as is the purchase price (and it is a purchase).  So oftentimes you end up getting a lousy deal compared to paying cash or financing through a credit union.

Then there are the deposits, closing fees, and other hidden costs than basically suck up your trade-in.  You end up giving away your old car just to cover the down payment costs.

And since most leases are set at a wildly unrealistic 12,000 miles a year, you end up owing thousands of dollars of excess mileage fee - in addition to "wear and tear" charges for any scratches and dents.

Of course, the salesman will  tell you that he will forgive these fees if you lease another new car - by folding over this negative equity into a new lease agreement.  So you end up paying car payments perpetually - for the rest of your life, when you could be owning a car, free and clear with no payments, for a decade or more.

So why is buying a better deal than leasing?

Say for example, you lease the shiny new Acura pictured above, on a three year lease.  And say your neighbor buys the same car on a six year loan with the same monthly payment.  After three  years, you are walking, unless you lease another car.  But your neighbor has about half the loan paid off and has some positive equity in the car.  After six years, he owns a used car outright and you have a pile of canceled checks.

Now suppose you lease the Acura and your neighbor buys the equivalent Honda.  Now his car payments are about equal to your lease payments, for what is essentially the same car.  After three years, you have NOTHING and he has a paid-for Honda that will last a decade or more.

Now suppose you lease the Acura and your neighbor buys a used off-lease Honda and pays cash.  After three years, you've spent twice what he spent on the Honda.  Overall, you are spending four times as much for what is essentially the same car.

Is there any upside for you? Yes, if you are pathetically shallow.  You have bragging rights to having a "new car every three years".  But we all know that you are financing this by mortgaging your future - even if you think you are "wealthy" - which you are not.  If you were wealthy, you'd just write a check  for the car, and it would be a BMW, not some crummy Acura.

So Why do People Lease?

Status, pure and simple.  Joe Middle-class is making $100,000 a year and thinks he can "afford" to lease a fancy car.  Why not?  He has worked hard and deserves the "reward".  It panders to the small child in all of us - look at me!  Bright Shiny!  Bright Shiny!

But it hardly makes fiscal sense.  You are living the cash flow lifestyle, not the net worth lifestyle.  And if you did the latter, you'd realize that the perpetual lease payments were coming at a very real expense to your overall net worth.  Being able to afford the monthly payments is not the same as being able to afford.

And the end game is something I see here on Retirement Island.  "We used to lease new Cadillacs every two years!" one couple crows, now reduced to living on Social Security.  Was the transitory pleasure of a poorly made American car worth the hardship later in life?

Making poor financial decisions is never a good idea.  Lying to yourself to justify them is even worse.  And most people leasing one new car after another have a whole litany of lies they use to justify to themselves why "they deserve" an endless string of new cars - and new car payments.

Sid and Marty decide to lease a new truck.  Their old truck is almost "paid for" but they decide that for some reason a three-year-old vehicle is "unreliable" and they should get a new one.   The real deal, of course is that they want a new truck, because having a new truck is cool, and they can flaunt their apparent status and wealth to others.   These are emotional reasons and emotional thinking is a sure way to go broke.

The dealer takes their truck in trade and offers to lease them a new one.  "Since you trade every few years, why not lease?" the salesman chirps.  "It's a lot less hassle than buying and selling!"   This is akin to saying, "Hey, if you are a crack addict, why not try Heroin?"   Better off not to be a crack addict, period.

So he "gets them in the truck" and they have no idea what they paid for it (in terms of purchase price) or what the loan interest rate was (and it is a loan, you are not renting the truck).   All they know is, the monthly price is a dollar less than the payment they were making on their old truck.   They came out ahead!

No they didn't.   You see, they gave away all their equity in the old truck as a down payment on this one.   So they literally tossed away thousands of dollars and made a bad deal, but couldn't "see" it because they were so focused on monthly payment.

The truck works OK for three years.   They put a few scratches and dents into it, and put more miles on it than they expected to.   The tires are nearly bald when it is time to bring it in.   They stop by to see the friendly happy salesman, and he has the mechanic inspect the car.  Bad news.   They will have to pay nearly $10,000 in excess wear charges if they want to bring the truck back and walk away.   The truck will need new tires - which are their responsibility, not the dealers - and the scratches and small dents will have to be fixed.   The salesman wants them as customers, so he suggests they get a cheap set of tires put on the truck, and pay to have the small dents and scratches repaired as well.

The bring the truck back after paying $3500 to have this work done.  The dealer manager notes that they had a spray-in bedliner installed, and says it would have to be "removed" or they would have to pay an additional penalty.  There is, of course, no way to "remove" spray-in bedliner, at least very easily.   And that right there is a problem.   You see, if you put any bolt-on modifications to a leased car, they all have to be removed when you turn it in.   It is YOUR CAR to pay for, but not YOUR CAR to own!

So they dicker with the dealership.  The excess mileage charges are $2500, and then there is a turn-in fee (it was in the contract!) and the bedliner issue.  To do them a "favor" the salesman proposes putting them into a new leased vehicle, with the debt "rolled over" into a new lease - or sale.

And this is why dealers LOVE lease agreements - they force the consumer to come back and lease a new car from the same dealership.   "All is forgiven" if you re-lease from the same dealer.   If you decide to shop across town, then it is "Fuck you, pay us or die!"

They decide to buy a smaller car this time, with the lease debt folded into the car loan.   They will pay off the car in five years.   As far as lease victims go, they have gotten off pretty lightly.   But they could have simply paid off the first truck loan, kept the truck, and sold it years later - which would have given them enough money to pay for half their present car.

Instead they squandered probably $30,000 or so.   And for what?  So they could have a 'brand new' truck for a few years.   And Sid and Marty are not the kind of people who can afford to squander such money.