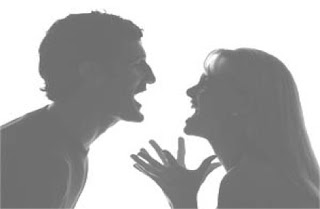 Many people think emotionally, which leads to shattered relationships, careers, and finances.


Mental health and financial health go hand in hand. If you've read my blog, you will see that most of my entries are not about investment strategies, ways to save money by clipping coupons, or other strictly monetary ideas.  Most of my postings are about getting your head in the right place first.  Once you do that, the rest, as they say, is easy.

Can it really be that simple?  Well, yes, it is.  You see, most people in this country think emotionally, reacting to stimuli instead of acting.  And if you ask most people, they think their emotions are of great importance.  "I want to get in touch with my emotions" a young person says, thinking that they are some great insight into inner meaning, religion, or "who they are".

But the reality is, emotions are like farts - everyone has them, and often they are the result of what you ate a while ago.  Seriously.  If you are happy, sad, angry, elated, or whatever, chances are, it has more to do with your blood sugar level and level of hydration.  How do I know this?  50 years of experience.

For example, when I got a cold or allergy in Washington DC (an area with a lot of pollen) I used to take those cold pills that they have since outlawed (because meth heads were cooking them down to make crystal meth, which should tell you something right there).  They had the effect of making you very calm one moment, but also very angry in an instant, as they raised your blood pressure through the roof.  It struck me the entire city of Washington DC was probably in the grip of these allergy medications, which would explain why our government is so dysfunctional.

But over the years, I have noticed that low blood sugar, usually occurring just before mealtime, can cause people to be cranky and argumentative.  And this effect is something that is well documented, which is why many people, in the onset of diabetes, go a little "crazy" at times, as their blood sugar peaks and valleys.  Elated one moment, depressed the next.  And yet most folks blame the person for this behavior, as if it were some personal failing.

And hydration also affects your thinking processes as well.  As your body sheds water, your blood thickens and your blood pressure rises, causing you to get sleepy, grumpy, and argumentative, in turn.

And fairly recently, it was noted that certain chemicals, when given to people, caused them to gamble uncontrollably.  People who had never gambled before, when given these drugs (in an attempt to control Parkinson's disease) gambled away a lifetime of savings.  Now this is a very powerful observation, as most of us look at compulsive gamblers as being weak-willed and at fault for their own condition.  But it turns out that anyone of us, if given this chemical, would do the same thing.

And of course, alcohol and drugs affect your thought processes as well - which is why people consume them - to literally control their thought processes.  And yet at any given time in America, much of the population is "under the influence" of some mood-altering substance.  Even cigarettes alter your brain chemistry and your thinking patterns.  Smokers tend to be sloppy, in a hurry, and highly strung.

So what does this all mean?  That emotions, for the most part, are bunk.  They are just passing conditions - electrical storms in your brain - and hardly worth "figuring out" or worse yet, worshiping as a false God.

And using emotional thinking is one sure way to go bankrupt in short order.  What do I mean by this?

Well, for starters, most of what we consume, beyond our minimum needs for food, clothing, and shelter, is basically to satisfy our emotional needs, not our physical ones.  People buy shiny new cars for status reasons - to impress others - and thus satisfy their emotional needs for status, greed, and envy.  As a logical proposition, leasing a new Lexus makes no sense, when you can buy a year-old Toyota Avalon (the same car, basically) for about 1/4 of the price.  And yet, check out this thread, where people talk about the emotional issues surrounding their car choice - that the Lexus has a greater perceived status, and moreover the Avalon is viewed as an "older persons car".  Those are some seriously stupid reasons to pick a car, no?

And yet those posters were likely well-educated people who thought they were making a logical car choice.  I particularly enjoyed the posting "I can afford about any car I want" which of course, as we know, is not true.  A person may be able to pay for a fancy car, but this is only at the expense of their retirement funding and a staggering hit to their net worth.  Perhaps the reason older people buy the Avalon as opposed to the Lexus is that they are nearer to retirement age and finally realize that the amount of money they will earn in life is a finite number.

But beyond buying things, emotional thinking gets people into trouble in other ways.  The same people who lost it all in the recession, now sit home, unemployed, and shout at the television, or watch shows where people shout at them.  Rather than look at their lives critically and figure out what they did wrong, they would rather believe conspiracy theories and follow political movements, as if these somehow would help their own personal bottom line.

And worse yet, when investing for the future, many people succumb to the base emotions of greed and fear, which inevitably cause them to buy high and sell low, and thus fritter away their estate.

And in their personal lives, people let emotional vampires squander a lot of their time and energy, causing them great personal emotional distress.

The worst part of this is how emotional thinking is destroying marriages in this country.  Today we debate the need for "Gay Marriage" while 2/3 of heterosexual marriages fall apart within a few years.  Why is this?  From what I can see, mostly emotional thinking.  People think they can "do better" or have better sex or have more "stuff" if they get a divorce.  And then they get into emotional arguments with their spouses, usually over money (squandered due to emotional thinking) - arguments that are fueled by low blood sugar and dehydration.

The TeeVee says they should be happy - after all they bought all the right products and borrowed money to the hilt, right?  But they aren't, so the TeeVee offers a solution in a low-cost divorce, child support and "weekend Dad".  And of course the spouses re-marry and end up just as unhappy with someone else this time, and then assume there must be something wrong with them because, after all, they've only done what the TeeVee said, and it makes everyone else happy, right?

It is hard not to get caught up in emotional thinking, as it permeates our society - and by design, not by accident.  Salesmen and con artists (am I being redundant here?) know that emotional thinking is the key to getting people to buy into bad deals.  Most bad deals require a salesman or shill of some sort, to push the deal through on what the consumer should see as bad terms.  But without emotional thinking, most of our economy would likely collapse.

A huge number of Americans are on anti-depressants - more than rightly should be in a country with one of the highest standards of living in the world.  Some people do need these drugs to offset chemical imbalances in their brains.  Others are just sold the solution-in-a-pillbox theory of life by a doctor who needs five more 'scripts to get a free trip to Jamaica.  But still others, I think, are caught up in the emotional thinking trap - touted by the TeeVee, of course - and believe themselves to be unhappy, because they have been sold a bill of goods.

Getting off the emotional thinking bandwagon is the first step toward real financial independence and wealth.  Stop buying things for emotional reasons - to impress others or to satisfy your own urges to treat yourself.  Think and research purchases carefully and just say "no" to a lot of them.  Save money and put it away.  Having money in the bank and no debt is not very impressive, and yet it provides you with a quiet satisfaction that you can't get with a mountain of debt and pile of consumer goods.

And here's the kicker:  If you start thinking rationally and non-emotionally, the emotional thinking people will say you are crazy.  After all, everyone watches TeeVee, right?  Everyone has a mountain of debt, right?  And everyone buys brand new cars every three years, right?