Everything is Someone Else's Fault! 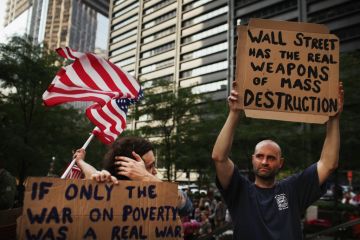 No matter what happens in your life, it has to be someone else's fault!


(Note:  This is an older posting (draft) I wrote quite a while ago, but have just recently revised and posted.  Apparently I was angry at the time... but maybe you'd be too, after you read the story.  People gamble away their life's savings - and they say it is someone else's fault!   No one ever learns from this.)

Americans suck.  I love my country, but frankly, my countrymen make me want to puke.  Perhaps 90% of them should be sent overseas, in an exchange program with some third world country, so they would stop whining about "how bad we have it" here.

Here in America, everyone is a victim of some sort or another.  Whatever it is they did in life, someone else has to be blamed for it, if it didn't come out perfectly.

People buy homes, hoping to "buy and flip" them and make millions of dollars.  The market has other ideas - that perhaps just owning a home for three months doesn't make it worth $500,000 more just because you will it to be so.   So they lose their shirt.  And it is tragic to see the outcome - lives shattered, people broke, seniors living with mortgages and debt.

In some cases, it makes you want to cry.  A lady I met who is working at age 70 at a low-wage job.  Her husband left her destitute, after he tried to "buy and flip" a McMansion in Florida and wiped our their life savings.  He's dead now, and she's having health problems and trying to scrape by on Social Security and what little she makes, working as an infirm senior at age 70.

You want to weep and cry.  You want to slap her dead husband.  You want to shout to the world, "This is the sort of really bad shit that can happen to you!  Sober the fuck up! Stop squandering all your money, assholes!"

But people don't listen.  "I sold all my mutual funds and bought gold!  I'm going to be rich and you're an idiot!" they tell you to your face, cheerfully.  20 years from now, that fellow will be the one facing leg amputation while working as a greeter at Wal Mart.  Should I feel sorry for him then?  After all, he did just call me an idiot to my face.

Or take these Yuppies.  They buy expensive cars and then whine when, 10 years and 150,000 miles later, they break down.  Oh, the humanity of it all!  And old car breaks down!  Who could have forseen that! We should sue the manufacturer!  We should file a class-action suit!  Decade-old clapped-out luxury cars should last forever without ever having to break!

Or, maybe not.  Maybe if you want to keep a 10-year-old car, you need to be one of those "handymen" who knows how to fix things, or buy something newer.  And maybe you need to look deep inside and realize that what is really irking you is that you spent too much money on a car you could not afford, and are channeling your anger about that into the car itself.

Nah!  Just kidding!  The manufacturer is an asshole and you did nothing wrong.  How could you?  You are an American and by the very dint of being born here makes you fucking perfect in every way.  And the reason the rest of the world hates you is not that you are some spoiled rotten little child who doesn't appreciate how good you got it.  No, they just hate your freedom.

And so on down the line.  Increasingly, we are less and less a nation of risk-takers and more and more a nation of the risk-averse.  We all want to take those risky bets and reap huge rewards.  But when it all goes horribly bad (as risky bets often do) we want a government bailout, we want to blame Wall Street, Blame Republicans, Blame Democrats, Blame the Rich, Blame the Poor, Blame Everyone - but ourselves.

We can't be at fault - we're perfect!

So what is the danger in all of this?  It is this:  When people do not take risks - calculated risks - and then reap the rewards of success or the penalties of failure, the we devolve as a society into one of lowered expectations for everyone.  When everything is someone else's fault, then no one wins at all.

And on a personal level, this is dangerous thinking as well.  When you do not LEARN from your MISTAKES, you make them over and over again.  When that payday loan doesn't work out, going to a company who promises to "help you out of your payday loan problem" isn't going to make things better, but rather, worse.

When you buy a car you cannot afford, and then later on complain about it breaking down, you are avoiding the nasty lesson that maybe you overspent for your income.  No one wants to think this.  We'd all rather say the car was a "Lemon".

I've bought cars that were, in hindsight, a mistake.  It is not that the cars were bad - they were what they were for the price I paid.  It is just that they were bad bargains.  I should have kept my money and the car I had, rather than buying a new car.  It is easy to say, "That car was a piece of crap" - but harder to say, "Why did I buy it in the first place?"

You learn nothing from the former, and a lot from the latter.  And what I have learned from the latter is that people buy cars for emotional reasons, not fiscal ones.  People think they need newer, faster, better, fancier, more status, and then they sell or trade-in a perfectly good car, because the ash tray is full.

And when the new car just turns out to be an expensive nightmare, well, it is easy to blame the manufacturer, and not yourself, for the problem.
Newer Post Older Post Home