These Are The Good Old Days! 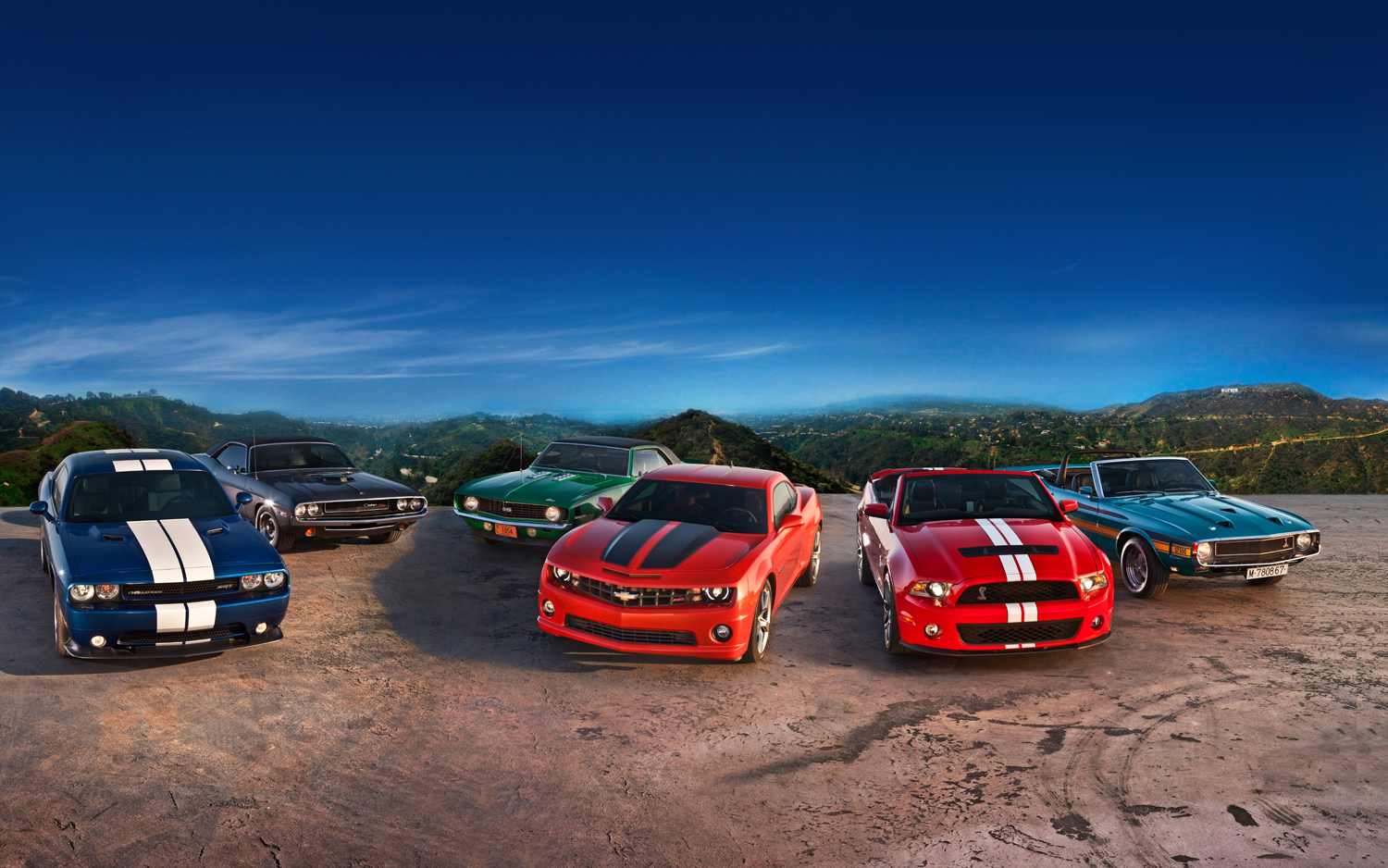 Oh Brave New World, to Have Such Cars In It!

I was on another car forum the other day, and like clockwork, some old (or young) geezer rants on about how great cars were back in the 1960's and how all cars today suck, have horrible quality, are "all made of plastic" and have "too many computers in 'em!"

It got me to wondering.  Why do people choose to be so unhappy?   Why do people view the present as being so awful, the past as so wonderful, and ignore the very good things happening right in front of their eyes?

The good old days were anything but good.  Maybe a 1968 Mustang or Camaro sounds nice -built the year that Bobby Kennedy and Martin Luther King were assassinated.  The year riots disrupted the Democratic National Convention and Richard Nixon was elected President.

Back then, a Mustang or Camaro came with a live rear axle, bias-ply tires, drum brakes in the rear (and sometimes in the front as well!) a crummy AM radio, flat-as-a-board bucket seats, and an engine that smelled like gasoline all the time, got 12 miles per gallon.   Ride and handling?  So long as you were on smooth roads and never took a curve too fast, you were OK.  Today's pickup trucks handle better than "pony cars" back then.

And then there is quality.   The battery was shot after 24 months.  The exhaust system rusted through in 18.   The body had holes in it after four or five years.   Transmissions went bad at 50,000 miles - and the engines burned oil.  Most cars of that era were ready to be junked by 80,000 miles.

And let's not forget safety.   Lap belts were the norm, with only some cars getting optional shoulder harnesses (which were folded up in the headliner).  No airbags, no 2.5 mph bumpers, no crash testing, nothing.   People died in their cars - a lot - back then.

Now go down to your Chevy or Ford showroom today and look at even a "Sally Stripper" Mustang or Camaro.   The base V-6 model has more horsepower than most of the V-8 models of the "Classic" muscle car era.   300 HP from a 3.0 liter V-6, with 30 mpg on the highway.   And no "three on the tree" or "four on the floor" shifers, but six speeds, if you want 'em.   No two-speed automatics, either, but sophisticated 5- and 6- speed transmissions.  Heck, some cars today have as many as eight speeds in their automatics.

And handling - today we have gas-filled shocks, independent front suspension (and rear, in some cars).  No more leaf springs in the back!.   Real sway bars, and mult-link setups.   And real disc brakes - on all four wheels.   Radial tires - in sizes that hot rodders back then would only dream of.

Dog-dish hubcaps on steel wheels?  Heck No!  The "stock" aluminum allow wheels today would make a racer drool back then.

And sit inside in a leather bucket seat with a retractable shoulder harness.  Six airbags, six speakers, a CD player and an iPod interface.  Beats the Delco AM radio with one speaker any day!

And I am just talking about the base models here.  You can option up a Camaro to a whopping 580 HP - something you'd never even dream about back in 1968!

What about quality?  Something automakers actually care about today, with three, four, and five year warranties - and oftentimes 10 years on the drivetrain.   Cars routinely last 150,000 to 200,000 miles these days - often without burning any oil at all.

No matter how you slice it, cars today are so much better, in terms of economy, speed, handling, performance, comfort, safety, longevity, reliability, and even good looks.

So why do people say they have it so rotten and "things were better back then"?  Why?

I think in part is that people refuse to be happy and they feel that by being "put upon" all the time, it gives them an identity or an excuse not to do better in life.   Why bother trying when things are so rotten and the economy is so bad (the stock market reached a new high yet again, today.   Things are so bad!).

People are idiots.  Or more precisely, they are irrational and tend to believe irrational things.  They want to believe that things are "bad" and getting "worse" all the time.   They ignore any evidence to the contrary and then amplify anything that even remotely validates their "everything is rotten" attitude.

Act rationally in an irrational world - and this means not listening to people who want you to think that "everything is awful".   These folks want to drag you down to their level, get you depressed, and get you to think like them - that nothing is worth doing, you might as well not bother trying.

THESE are the "good old days" - if you'd just bother to look around, you'd realize that!
Newer Post Older Post Home