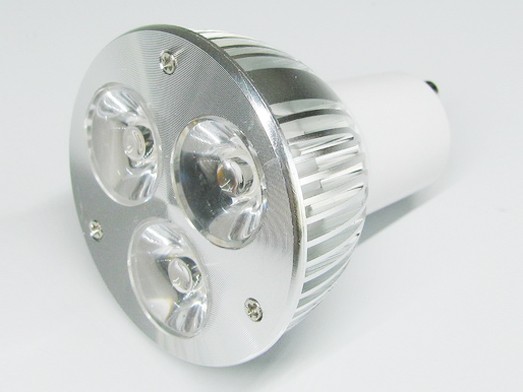 Are LED Bulbs Worthwhile?  The savings may be more than you expect.

We recently replaced 11 Halogen lights in the kitchen, which were used as part of a serpentine track lighting system.   They provided great work lighting, but at 50 Watts apiece, generated about 550 Watts of heat, as well as light, in the kitchen, making it very warm.

The new bulbs, which we bought at Lowes, were $21.98 apiece, cost a total of $256.28, with tax.  I thought briefly about buying these online, but many of the review of the "online" LED bulbs (from dubious Chinese sources, such as the Wang-Ding LED Bulb factory) lamented that many burned out within days of installation.

The Sylvania bulbs at least have a three-year warranty, provided you return it to the store, with your receipt.

We bought the bulbs because (a) the Halogens were burning out with regularity - about once every year - and were expensive to replace and (b) the heat factor was just too much.   Unless the rest of the house was chilled down to 65 degrees, the kitchen would remain warm.

And from that perspective, the bulbs worked.   The new LED bulbs no longer radiate you with waves of heat, as the old halogens did.   You can touch these bulbs while they are on, and not burn the flesh off your hands.

Net savings?   $134.90 a year.   If my numbers are correct, these lights will pay for themselves, in saved electricity, in less than two years.

But is that the extent of the savings?   There is more.

You see, for at least half the year, we have to air condition the house, and the air conditioning load includes removing the heat from the house generated by the lights.  How much heat?   Well, about  550 Watts worth, that's how much.

In other words, these lights pay for themselves in about fifteen months.   And in the meantime, the kitchen is more comfortable, as well.

Now, of course, if you live up North, the savings in A/C costs may be negligable or non-existant, and you may actually like the heating effect of Halogen lighting.   But there are other savings as well, that we forget to mention.

The LED bulbs supposedly can last years, if not decades.  My experience with the halogens is that they burn out about every year or so, on average  This is in line with typical halogen life expectancy of about 2000 hours.   The halogen bulbs cost $15.26 plus tax for three of them, or about $5.39 apiece, including tax.

That is a pretty large amount of money.   And when you throw in the bulb replacement cost delta, amortized over ten years, well, the LED bulbs pay for themselves in about a year.

Now, I am sure there are a lot of LED-haters out there.  It is an odd position to take, but some folks think the "Gub-Ment" is forcing them to buy LED bulbs and they will give up their Sylvania 100w bulbs when the Department of Energy pries them from their cold, dead hands.  And those haters will try to point out flaws in my math, by nit-picking at the edges of the argument.

"LEDs are not proven to last 10 years!" they will cry.   This may be true, but it is certain they outlast conventional and Halogen lights.   Besides, the energy savings, as noted above, is what really trumps replacement costs.

"My electric cost is less than 10 cents a kW-Hr!"   That may be true, but chances are it is pretty darn close to it.   Your mileage may vary, but the overall calculations are the same.  In fact, some sites say you should use 12 cents a kW-Hr as a better benchmark.  Over 10 years, which way do you think electricity rates will go?  (Answer:  UP)

"I don't use that many light bulbs, or for that many hours a day!"  That may also be true.  Wandering around in the dark is always the default option, and the optimal energy-saver.   Our usage may be less than eight hours, but given that our kitchen is fairly dark, we use the lights in the morning for at least an hour or two for breakfast, at lunch for an hour, and in the evening for two to four hours at least.  Even if we cut our usage in half, the savings are still over $1000 and the payback is in two years.

"LED lights look funny!"   Maybe years ago, and maybe these cheap Chinese ones are.   But today's brand-name lights have lighting patterns and colors as good as, if not better, than their incandescent replacements.   They are better than CFLs, of course, and have no mercury.  They are also dim-able.

So, I think the arguments "against" LEDs are pretty specious.   They come down to political arguments more than rational arguments - based on people's perception that the "government is telling me what to do" by banning 100 Watt incandescent light bulbs (and others, down the road).

In a way, it is classic poverty-think, as poor people tend to spend less on equipment and more on fuel.   The poor will buy a clapped-out gas-guzzler for very little - and then pay enormous sums for fuel at the gas pump.    They do this, because it is poor thinking and they don't understand math (just as they don't understand probability).   Thinking poor leads you to be poor.

The LEDs are expensive, to be sure, and represent an investment in Capital.   But like a more fuel-efficient car, it pays off in the long run, with fewer trips to the gas station - even if this means having to finance the car, over time.  For LED lights, however, it is possible to buy one bulb at a time, and thus slowly re-bulb your house, as the old ones burn out.   However, I suspect the very poor will go to CFLs rather than LEDs, as it will be the cheaper option, once incandescent bulbs are no longer available.

For me, I think I have "seen the light" if you will pardon the pun, and we will transition our lighting away from Halogen, CFL and incandescent, in the next few months and years, to LED lighting.   The higher-use and higher-wattage applications, such as the kitchen, make the most sense.   Replacing attic or closet lights, the least.

Of course, it goes without saying that as production ramps up, costs for LED bulbs may drop a bit, faster than inflation increases their prices.   Already, the bulb prices are far less than what I saw just a few years ago.   And if you feel lucky, maybe you can try those no-name Chinese LEDs on Amazon.

But overall, I think LEDs will be a bulb-change for the better.