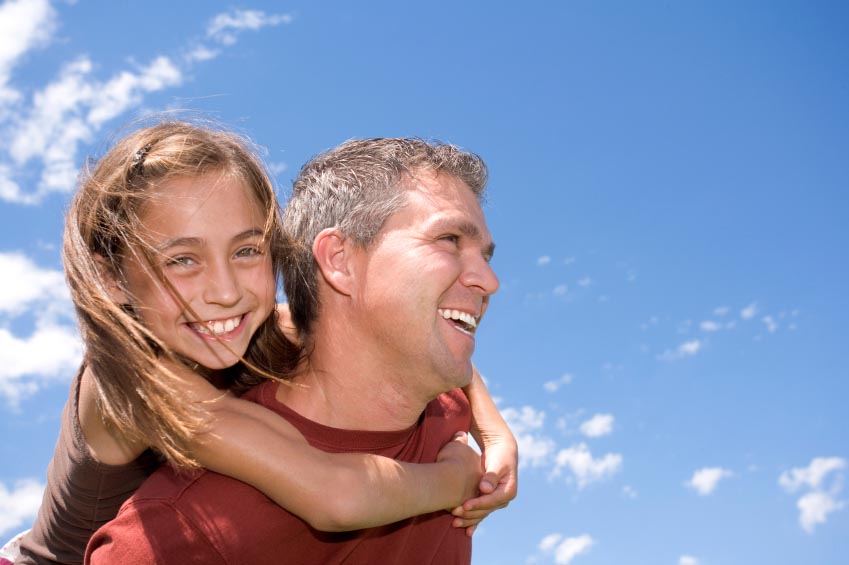 Fathers love their daughters, but also view them as damaged goods.

"As a group, we feel that our daughters are financially handicapped in comparison to our sons.  Men seem to make much more money even within the same occupational categories. That is why most of us would not hesitate to share some of our wealth with our daughters. Our sons, and men in general, have the deck of economic cards stacked in their favor. They should not need subsidies from their parents"

Is this a self-fulfilling prophesy?  Or just outdated misogyny?

In days gone by, daughters were seen as a burden to a family - dead weight that was to be foisted off on the first man that came along by paying that man a dowry to take this load off their hands.   The idea that women had value in and of themselves was alien in many cultures back then - and even today (many parents still pay tens of thousands of dollars for their daughter's wedding).

When I grew up, few women were in the professions or in business.   If a woman tried to succeed on her own merits, she was remarked upon and perhaps ridiculed.

Today, things have changed, and law schools are graduating more women than men, and medical schools are not far behind.   Barriers still exist, of course, and we still talk about a "glass ceiling".   However, today, the "glass ceiling" is no longer in the secretarial pool, but in the executive suite and in the board room.  It is still remarked upon that the new CEO of General Motors is a woman.   Maybe in another decade, that won't seem like such a big deal.

But the question remains, why do parents, particularly Fathers, feel that their daughters are damaged goods?   I know firsthand a number of families where the daughters are subsidized throughout life by regular checks and handouts from Dad (and sometimes Mom).  We're talking the usual $500-a-month deal that family members seem to solicit from parents or siblings.   Sometimes it goes beyond this - to gifts of cars, furniture, houses, or whatever.

And the question is, does making such gifts help the daughter, or just feed the low-self-esteem engine and create perpetual dependency?   My late sister is a sad example.  She spent her short life trying to defy my Father, but at the same time calling him whenever she needed money.  I related this story before, but perhaps it bears repeating.

When I hung out my own shingle (after 14 years of night school), I bought a small office building in Old Town, Alexandria, for my law practice.   It was, to me, a pretty amazing transformation, as only a few years before, I had moved to the area with nothing to my name but an aging and rusting old Chevrolet, and a job offer from the Patent Office for the princely sum of $22,000 a year.    At the time, the idea of buying properties in tony Old Town seemed impossible.   But here I was, seven years later, a Lawyer with my own practice - and my own office building!   Hard work and the American Dream and all of that - it paid off.

Anyway, we went to visit my parents, and I gave them the good news.   I thought they would be pleased.  Such was not the case.   My Dad ridiculed the idea, telling me I was foolish for getting in "over my head" in Real Estate, and said, "And don't think you're going to borrow the money from me, because we don't loan money to our children!"

That hurt pretty bad, because I was not making a pitch for money.  Burke & Herbert Bank had already approved the loan and I bought the place with my own money and credit.    Rather than saying, "Congratulations, Son! We're proud of you!" they merely viewed the news with suspicion and criticism.

Which is why, by the way, you should never seek acceptance from your parents - you will likely never get it.  Many parents are even more immature than you are, and become petulant and jealous if their children achieve more success than they do - or any success at all.   Many parents love to lord over the ruined lives of their children - doing their best to sabotage their children's lives so they can have the final, "I told you so!" over their kids.   Yes, it is sick and scary - and very true.   It is rare to have a parent who really is your life coach.   If you do, consider yourself among the lucky minority.

But perhaps my Dad's skepticism was warranted.   As just then, the phone rang.  Being nearest the phone, I answered it, and it was my sister.   Now, I know my sister loathed my parents - constantly struggling to "understand" Mother and staying married to a man she despised in order to "prove my Father wrong!"   So I found it odd she was calling Mom and Dad.   I knew about the $500 checks (sometimes $1000 checks) that were going her way with regularity, as Mom would spill the beans after a few drinks - never missing a chance to run down one of her kids, particularly in front of one of the other ones.

So I asked sis, "So, what do you want from Mom and Dad this time?" which was kind of cruel.   And she got all huffy and said, "How could you possibly say that?"

But in the next breath, she mentioned that she was looking to buy a new Honda, and could she please talk to Dad?

So I handed over the phone and listened to one side of the conversation, Bob Newhart style.  My Dad said, "How are you doing?" etc. and then went "Uh-huh, Uh-huh" for a few minutes.

And then the punchline came:  "Who do I make the check out to?  Denver Honda?   OK!"

This was the Dad who minutes ago said, "We never loan money to our children" which I guess was true, because here he was just handing out thousands of dollars as a gift.

And it really didn't bother me that much, as my sister had a pretty crummy short life, married to an alcoholic, working at low-wage menial jobs, and having children that gave her fits (running away from home, stealing her Oxycontin when she was dying of cancer - nice kids).

But I thought it was interesting that my Dad viewed my sister as damaged goods and that she needed financial help all her life, even though my parents were hardly rich enough to be doling out money.

The only thing that bugged me was the hypocrisy factor.  My Mother made a big deal about how "fair" she was with all her kids - and that everything was "even-Steven" and that in her will, we were all treated equally.   That is fine and all, if it were true.  But as I pointed out to her, by giving all the money to my sister as inter-vivos transfers, things were hardly "even-Steven".   Worse yet, when I asked them what they planned to do if they ran out of money, she joked that "Her successful son, the Lawyer" would bail them out.  Think again, Ma.

So my Mother started sending us all checks.  When my sister would ask for $500, she would send each of us $500, whether we wanted it or not.   But that idea quickly fell by the wayside after only a check or two, as my parents quickly realized that they could not afford to squander cash so rapidly.   They went back to sending one check - to my Sister.

The funny thing, too, was that my Sister had a whole rationale why she "deserved" this money.  "After all," she said to me, "Mom and Dad paid your way through Law School!"    I pointed out to her that I had to work several jobs to pay my own way through undergraduate and Law School - and had the student loans to prove it.   My parents helped a bit along the way, but the lion's share of tuition was paid from my own checkbook - or that of my employers.  But in her mind, I was getting a "free ride" and she wasn't getting bubkis.   Her college education, of course, was paid for entirely by my parents.   She never worked nights delivering pizzas to pay for textbooks and tuition.

It is funny how people perceive things to their own advantage.  Even after I explained things to her, she simply refused to believe it.

My parents were similarly concerned about one of my under-performing brothers.  "We'll pay for law school!" my Dad pleaded with him, "If you'll just go!"   And I felt it was pretty funny, hearing this conversation at the time, as I was working 50-60 hours a week as a law clerk so I could go to night school.   And here was my brother being offered a free ride and he turned it down.

When I pointed out to them (facetiously) that I was already in law school and I would be happy to have them pay "the full ride" for me, they looked at me funny and muttered, "Well, you know how to take care of yourself."

And that was probably the most profound thing they said, although they missed the point.   The other kids they coddled and tried to "help" and the net result was that my siblings learned that if you called Mom and Dad long distance (often collect) you'd get a check for $500 and perhaps a small lecture.   The net result was that they became used to the parental ATM machine.

And many parents do this all the time - identifying one or more children as "damaged goods" that need "special help" in terms of money and instruction in life.    Other kids are left on their own, and for some reason, succeed on their own merits.    Actually not "some reason" - the reason is, they were left alone.

And daughters are often the ones identified as having "special needs" - and it is not always just parents, either.   Brothers will feel they need to "look out" for their sisters and send them money - much to the chagrin of their wives.   Perhaps it is a male thing - wanting to be the protector of the fragile female or something like that.  Sort of Tarzan thinking.

But I think if women really are to succeed in our society and truly live as equals to men in terms of opportunities and treatment, that these retrograde attitudes need to change.    When you train women to be hothouse flowers and delicate roses, they will never learn to be assertive and stand up for themselves.  When you cover a woman with a burka and say she needs a man in order to be worthwhile, you are saying she has no inherent worth in and of herself.

In other words, the problem isn't the mean old misogynist men in the Board Room or the Executive Suite who are putting up "glass ceilings" preventing women from achieving, but rather the attitudes of all of us in perceiving women as damaged goods that require special handling and care.

Sadly, these attitudes may never change.   How Fathers perceive daughters is probably something deeply rooted in our psyche and driven by hormones and such.  Men may continue to view daughters as damaged goods who need special treatment in order to make up for the inequalities of life.   So long as that goes on, so will the inequalities, I'm afraid.
Newer Post Older Post Home