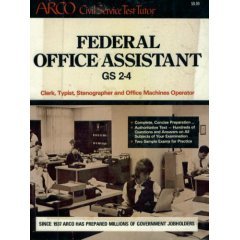 A lot of poor people make a lot of money, but make different decisions with what to do with it, and hence they are poor.

When I worked at the Patent Office, on Uncle Sam's little Plantation on the Potomac, it was a very racially segregated place.

Not intentionally, of course, but back in the 1980's, there were not many minorities in the Engineering field, and to work as an Examiner or above, you had to have an Engineering degree.

I joked with one worker that you could pretty much tell what people did for a living at the USPTO by their race.   At that time, if they were white (or Asian), they were probably Examiners or management.  If Black, clerical staff.  If Hispanic, then maintenance.   It was a pretty accurate picture of the racial divide at the time.

Today, of course, things have improved, as more minorities have gotten into the Engineering field, and are better represented in the ranks of the Examining staff and Management.

And today, many of the clerical jobs have been "farmed out" to contractors, for better or worse.

But back then, a young black person growing up in Southeast Washington, DC, with just a high-school diploma, could get a job at the Patent Office with the clerical staff, and while they would not make a lot of money, they would get raises over time, have excellent health insurance, and a guaranteed retirement.

Most of these clerks were at the GS-2 to GS-5 level, some starting out even as GS-1.   The pay was not great (click the link to see what I mean) but the benefits were pretty good.

The interesting thing - to me, anyway - was how these clerks spent their money.   They often had a better lifestyle than I did, as a GS-11 Examiner.

For example, I was at the Credit Union one day and saw a clerk I worked with, and she had a fabulous new Coach handbag.   She was meticulously dressed, had amazing hair and nails, and was reading a brochure for a new "Coach Edition" Toyota Camry.   I asked her about that, and she said her old car was a few years old, and she was going to buy this new leather-lined Camry to replace it.

I was pretty flabbergasted, as it was a car I certainly could not afford (brand new, anyway) and I was making probably more than twice her salary.

But, as she explained it, she lived with her Mother and several relatives in Anacostia, and the cost of rent was negligible - if indeed her Mother charged her anything.  So her entire income was, in effect, disposable income to be spend on trinkets, toys, clothing, hair, nails, and of course, a new car.

Now before you go calling me a racist, this same effect has been seen in other cultural groups and countries.   In the 1990's in Japan, the cost of housing was so high that many young Japanese people lived with their parents, well into their 20's and 30's.   Since they paid no rent, they spent all of their income on clothing and accessories, and even cars - convinced that saving for a house was just not an option.

In some European cultures, a young man is expected to live with his parents until he marries, and provide for the household.   One can see how parents might like this sort of deal, particularly if the son is buying Mom a new television set and paying the utility bill.

And even today in America, a legion of slacker bounce-back kids live in Mom and Dad's basement and work at slacker jobs, blowing all their money on beer and pot - having no real other responsibilities or bills to pay.

It made economic "sense" in a weird way, for my GS-2 clerk friend to live as she did.   Her retirement with the government was fully funded, as was her health insurance.   Her room and board were free.   Why not just spend the rest on bling?  She had a better "lifestyle" as a result - right?

Of course, this assumes you don't mind living with your parents and other relatives (brothers, sisters, and cousins) crowded into one house, as she did, with seven cars parked out front (which sadly, get stolen or vandalized, being in a bad neighborhood.  Such was the fate of the Coach Edition Camry, I later discovered).

Others might have different cultural values - and value freedom and independence, even if it is costly to obtain.   Renting your own apartment can take up half your income, when you are a young person.   Saving up to buy a home takes an heroic amount of self-control and willpower - particularly when it seems that all your friends have really cool bling and brand-new cars.

And some folks might value the idea of having their own wealth rather than relying on a government pension to fund their retirement.   Having money means you can be more independent, make better purchases and investments, and take advantage of opportunities to become more wealthy.  When you spend it all, you are just a modern-day wage slave.

In addition, having some money set aside can be helpful in case of contingencies - life plans not working out the way you expected them to do.

And such was the fate of my GS-2 clerk friend.   While the clerical staff at the Patent Office worked hard and did a good job (well, I thought so, anyway) in the 1990's they laid off a lot of the staff and farmed out their jobs to outside contractors as part of Bill Clinton's "reinventing government."   He got the head count down this way, so he could say that the government was "the smallest it had been since the Kennedy Administration."

But what really happened is that jobs went off the Federal payroll and were farmed out at a lower cost to a contractor, who in turn hired people at wages even lower than GS-2, with few if any benefits and no retirement plan.  My friend's assured future ended up not being so assured.

And all that money spent on clothes and cars and other "stuff?" - gone forever.   Enough money to provide a nest egg for her own home, or to start a retirement account - or to tide her over until she found a new job.

But her experience illustrates how the poor get poorer by making poor choices.   If you are living at home and have zero living expenses, you could live frugally and bank your salary - saving up a staggering amount of money in just a few short years.   This in turn could be leveraged by investing in stocks or a rental property or some other money-making venture.   It represents the opportunity to become independent.  It also would have meant that when the job goes bye-bye, they would have other options than just being destitute.

At the time, I was living pretty frugally myself, mostly because I had to pay rent on an apartment, which took up about half my after-tax income.   And a lot of the rest was invested in my education, as I was still going to night school.  Why I did this instead of just spend it all on bling is an interesting question.  Was it cultural values?  Or just the burning desire to be financially independent?

I think a little of both, perhaps more of the latter.   I realized early in life that I did not want to be financially dependent on my parents.   And in our family (and cultural values) living with your parents after college was seen as a shameful thing.   My Mother would regale me (after a few drinks) about how, after they were married, they were forced to live with her in-laws as my Dad hadn't yet found a job.   Of course her Mother used this to justify her opinion that my Dad was just trash from New Jersey, which was not too far off the mark.   That story made an impression on me and my siblings.  Moving back in with Mom and Dad just wasn't done and was a shameful thing that marked you as a failure in life.

But more than that, I wanted to be financially independent - and perhaps psychologically independent as well.   I could have stayed at the Patent Office as an Examiner, and perhaps be promoted to GS-15 by now (with step increases) and have six to eight weeks of paid vacation a year.  I might even be a supervisor and be on the GM scale.   I would have paid-for health care and a pretty cushy retirement which could kick in as early as, well, as early as right now.   And like many government drones, I could be leasing new cars every three years and spending every penny I made, as I really would not need to "save" for the future.

However, working at any "job" means sacrificing some of your independence.   If your boss is a jerk, then you have to deal with his antics all day long.   Pretty soon, it wears down your soul, and you loathe going to work and "live for the weekend" and look at life as snippets of happiness drowned in a sea of misery.   While I liked the job and was consistently rated high in all categories, my boss got promoted and my new boss decided that none of my work was any good (he did not remain a boss for very long, as his assessment of everyone's work was that it was not as good as his!).   So I left for the law firm life, and eventually, my own practice.

And to some extent, I have traded "bling" for freedom.   I have shattered the jewel-encrusted "DKNY" shackles for something plainer and cheaper - but free from obligation.

And many people choose to do this as well.   Folks who save their money and invest it or start a business.   They are not free from worry, but they don't have to cower to a boss or to their parents.   And down the road, well, they might end up pretty well off.

A lot of others decide that success will always elude them, and choose instead to anesthetize themselves with bling and toys to try to drown out the deafening silence in their lives.
Newer Post Older Post Home