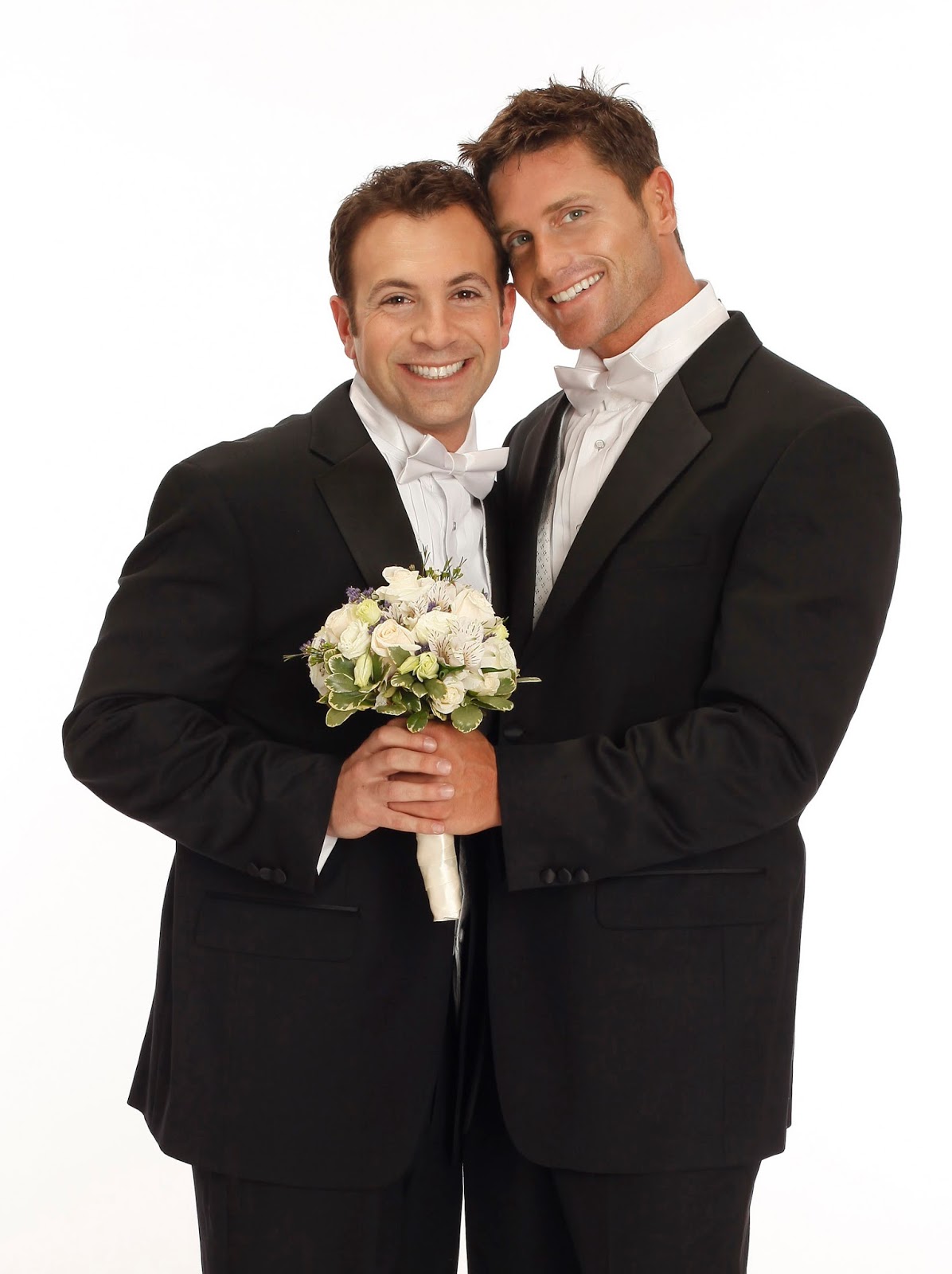 Should you get Gay-Married?   Turns out there are financial reasons to do so.

A lot has changed in the world since I started writing this blog.   That scares me to death.  It is not that I am old and conservative and against change, only that historically, sudden changes often don't bode well for people or economies.   I would prefer nice steady, slow growth and change, over sudden shifts in markets, economies, and societies.   Revolutions usually end up in a bad way, at least for some folks.

The Gay Marriage thing has really taken off - faster than anyone expected.   In a previous posting, I put forth my philosophy - that not being able to get Gay-Married is hardly the inequity of the Century, and that financially, it makes little difference.   Besides, it is just handing the far-right an issue to campaign on, and thus dividing the country when there are more important issues (the economy, terrorism, wars, etc.) that should rightfully be addressed first.

Sudden expansions of liberalism are often followed by even more dramatic and draconian swings towards conservatism.   The most famous of these was in the 1920's in Germany, where under the Weimar Republic, gays made great strides toward acceptance.   It seemed like a new era had dawned, and many joined gay rights advocacy groups.  Berlin became a sex-tourism destination for gay men (as Chistopher Isherwood would remark, in his Berlin Stories which later were the basis for the musical Cabaret).  “For Christopher, Berlin meant boys,” Isherwood famously quoted in his Christoper and his kind.

But we all know how that worked out - and how it changed rather rapidly.   The Nazis used the membership lists from these gay rights groups to round up gays (including many in their own party, particularly Ernst Julius Röhm) and either killed them outright or sent them off to concentration camps.   And no one gave a damn either - at the time or years later.  In fact, when gays tried to put a small memorial at Auschwitz to memorialize all those who wore the pink triangle and were gassed to death, orthodox Rabbis protested, saying that Auschwitz was a memorial to the innocent victims of the holocaust.

So you see, when things go suddenly liberal, I get nervous, as there may be a push-back, and in fact, an alarming number of far-right-wing people in this country are, at this very moment, arming themselves for revolution, with personal arsenals of dozens of automatic or semi-automatic weapons and tens of thousands of rounds of ammunition.   All they lack is one charismatic leader or a central plan of operation.   Yet.

The law is, at the present time, that you can get Gay-Married in one of several States, and moreover that the Federal Government will recognize that marriage.   This does create a financial incentive to get Gay-Married, particularly if you are older, for two reasons:

1.  If your spouse dies, you may be eligible for survivors benefits under Social Security.   In addition, the surviving spouse may have the choice of taking their own social security benefit or getting a percentage of their deceased spouse's benefit

2.  If your spouse dies, you may be able to roll-over their IRA or 401(k) to your account with reduced or no tax penalties.

This latter issue is a key one for many older gay couples.  Say, for example, you each have $500,000 in your respective IRA accounts.  This represents a lifetime of work and struggle and savings, rolled-over 401(k)s, and the like.   If you are not married, and one dies, leaving the other the beneficiary of the IRA, income taxes may have to be paid on the entire amount, all at once.

Since this would boost your effective income to over $500,000 for that year, you would end up in the highest tax bracket - nearly 40%.   A huge chunk ($200,000) would be lost from that income.   If you were married, it might be possible to roll over that money into your own IRA account, and not pay any taxes on it, until you start to withdraw later in life.

As I noted in an earlier posting:

If you are a spouse, the rules for an IRA are pretty lenient - you can roll over the IRA into your own, and then defer paying taxes on it until you decide to withdraw from the account.   But you still have to pay taxes on it, of course, when you withdraw the money from the plan.

If you decide to cash it in, however, it is considered ordinary income.   And if you are cashing in a $250,000 account, that will likely push you in to a much higher income bracket, and you will be expected to pay State and Federal taxes on this.   And to prevent unpleasant surprises on April 15th, you need to mail in some estimated tax payments ahead of time.

The issue is complex, as it depends on whether it is an IRA or 401(k) and whether the deceased spouse had been withdrawing at the time.  Consult a tax adviser for more details on your situation.

But one thing is clear - if you are married, the tax consequences are far less.  And the Supreme Court has held that Gay Marriage is legal, and moreover the Federal Government has to recognize such marriages for governmental purposes, including taxes and Social Security.

But what if you don't live in a State that recognizes Gay Marriage?   Well, then, you can't get married there, of course.  But you can get married elsewhere.   Such marriages might not be recognized in your State (likely won't be recognized) for State law issues (such as taxes, so the tax issue might get sticky - with one set of rules for Federal returns and another for State!).   But it would be to your advantage, particularly as one or both of you reach retirement age.

So where can you get Gay-Married if you State doesn't recognize it?   Well, Massachusetts is one place to go.  You can apply for a Marriage License at the local town or city clerk's office using this form, and after a three day waiting period, you can get a Marriage License.   This gives you 60 days to formalize the ceremony with the local Justice of the Peace, minister, or other authorized party.  Instructions on how the process works may be found a this link.

So that's it.   Not hard to do, and it will provide you benefits in retirement, in terms of Social Security and rolling over your IRA or 401(k).   If you live in a State that recognizes the marriage, it also will make things easier when a spouse is in the hospital, medical decisions need to be made, or even if your spouse dies.   It can get ugly in some States when that happens, as hateful relatives may end up having the last say in how your Spouse gets buried and the like.   You may need their permission just to cremate the body or have it embalmed.   It goes without saying that a medical power of attorney and general power of attorney are useful.  However, powers of attorney expire when a person is deceased, and I learned recently firsthand that the "next of kin" may be required to sign off before a body is released for cremation or burial.

And of course, it goes without saying, that when the new American Nazi Party (known as the GOP) takes power, they will use the lists of Gay-Married people to track down and persecute gays and lesbians.   If history is any guide, at least.