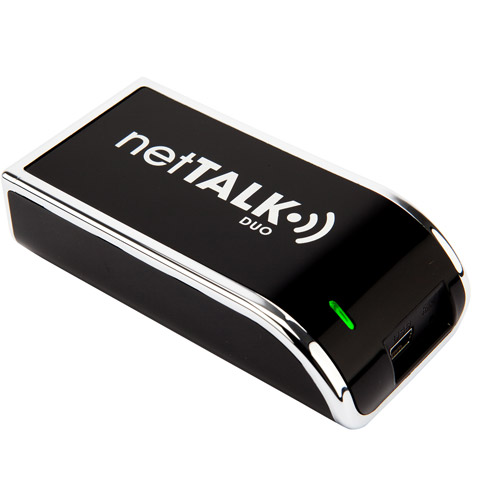 This little box, about the size of a pack of cigarettes, can get you unlimited phone service in the USA and Canada for under $30 a year.  That's right - a year, not a month!


As I noted in a previous posting, telecommunications charges can be out of this world.  Some folks pay hundreds of dollars a month to have cable television, a smart phone, internet service, and a home phone land line.   One friend spends $360 a month on all of this.   Another spends about $200 a month for cable TV, telephone, DSL, and a cell phone.   The latter is pretty cheap, considering.

We spend about a hundred bucks a month on telecommunications.  The breakdown is like this:


Now that is fairly cheap.  Some folks would point out that by going to just a cell phone, you could ditch the land-line and apply that amount to your cell bill - and just have one number.   And that might be a good idea, particularly if you are in college or just setting out, or you travel a lot, and don't need or want a land-line.

And it is possible that in the near future, maybe we will all be on wireless for everything.   But that hasn't happened just yet.  A lot of us need or want high-speed internet to the home for work or for play.  I need it for both.  Presently, my UVERSE Elite tests out as 5.66 Mbps download, 0.70 Mbps upload.  That beats the DSL service in both speed and price.

And as I work from home, I need a clean, clear signal on a traditional phone.   I can't do a telephone conference on an iPhone, just yet.   Although with the radical increase in the number of cell towers on our island (from about 3 to about 50) signal strength has improved dramatically.   So maybe land lines are dead, dead, dead.

And of course VoIP has certainly done a lot to hasten the demise of "Old Ma Bell".

Anyway, it got me to thinking, how can I cut my service costs even further?  One intrepid reader suggested netTalk as a solution.   For about $30 a year, you get unlimited calling in the US and Canada.  There are more expensive plans that have additional features.

With the netTALK DUO, you can stay in touch with friends and family anywhere in the world. Calls to the US and Canada and DUO-to-DUO calls are always free. netTALK also offers Enhanced Call Plans, so calling overseas has never been more affordable. Whether you subscribe to the Basic Call Plan or an Enhanced Call Plan, you can expect to save big with netTALK’s versatile and portable phone service.


And unlike some other Internet services, there are no high front-end costs to the deal with.  The modem was $42.46 out the door with one year free service included:

This is pretty cheap, even with the cost of the modem and shipping.  Use coupon code CALLMOM (for May) for 10% off and free shipping.

The unit arrived a few days later and I plugged it in.   The instructions were in french only (quite odd) so I went on the website to register.  It asked for a username and password, which are on a sticker on the inside lid of the box (had to hunt for that).    Once in, I set up a new username and password and the usual bit.   It asks for 911 data, so it will call the right emergency center when you dial out.

It also asks you for credit card information for "auto renew" (negative option) which you can opt out of (that impressed me right there).  I declined to do auto-renew for the time being, until I have tested it out more thoroughly.

You then have to pick a number, based on State and City.  They do not have all areas, so I had to choose a different city in our State.   I suppose I could have chosen any city on the list, and picked out some cool combination of numbers.   As it was, I played with the available area codes and prefixes, and came up with 706-708-XXXX which is has a nice ring to it.   I think the exchange is somewhere in middle Georgia.

I plugged it into the computer and my phone system and it gave a flashing red light, then a red light, but no dialtone.   I called the customer service number but that had only pre-recorded messages, that suggested online chat.  I went to online chat, but I was fifth in line.  I decided to plug it into my router/modem instead of the computer, and it still didn't work.  I accidentally hit the power to the router/modem and had to reboot.

By the time I got back online and onto the chat page, well, it went to green light and I got dialtone.  I called a neighbor and he said it came in loud and clear.  I made another call, and that worked pretty well, too.

So, the setup was pretty easy (plug and play) and the only downside, is I have to have a phone number out of the area.

You can port your old number to the device, but it is not available in my area.   From the complaints I have read online about the service, the biggest was in porting numbers to the device.   From my experience with Vonage, this seems like a technical issue, as they had trouble as well, as I recall (that was a decade ago!).

At the present time, we have three phone lines.   Line 1 is the UVERSE VoiP line, coming out of the UVERSE modem/router and going into the phone system in the house (red/green).   Line 2 is my GoPhone, hooked to a Dock-N-Talk docking station (about 8 years old now) and routed into the house phone lines (yellow/black).  Line 3 is the netTalk, which I have routed to my office phones by an RJ-11 line snaked around the room under the desks (my office looks sort of like the bridge on Star Trek, but with a lot of crap in it).

If we decide to dump the UVERSE line, I may route the netTalk onto that.    The nice thing about a landline is you never have to go running around looking for your phone, wondering where it was.  That is, unless you obsessively keep your smart phone by your side all the time, which most people seem to do these days.

netTalk does come with Voicemail as well.   And on the website, you can listen to voicemail messages online.   It does go about seven rings before bouncing to VoiceMail, which I like.  To access the VoiceMail on the phone, you hit *98 to access the mailbox.  There are not a lot of options, other than to set your mailbox greeting and listen to messages.  All messages are deleted after 30 days.

So, my initial review is A+.   Customer support is a little thin - so is the price.  Running call centers is a major expense.  They eliminate that and offer cheaper service - way cheaper service.  It is the Vonage model - if it works for you, great.  Enjoy your cheap phone service.  If it doesn't? Return for a full refund and have a nice life.  They even put the return label IN THE BOX, so you don't have to call for "Return Authorization".


$42 delivered with a year's service.   That's about what some folks pay for a month of Ma Bell!

I'll update this posting in a few months and see whether it has it for the long haul.

We had an electrical storm recently and the power went out.   On the neighboring island, it sent lighting through their cable modems and fried lots of modems, etc.

The NetTalk DUO was flashing red and green this morning and giving dialtone, but not receiving or sending calls.  I unplugged it and then plugged it back in, and NOTHING - no lights at all.  It is fried.

I went online.  The "Customer Service" is a little clunky (then again, so is AT&T's) and after searching and trying  a few things they recommended (to no avail) I tried their customer service chat window, which for some reason ALWAYS says there area 21 people in line ahead of you.   I dumped chat, tried again, and got the same message, but someone responded in a few minutes.

I explained the problem, and they said a customer service agent would call within 45 minutes (to my cell phone).

He also said they can send me a new DUO and port my existing number to that unit, and it should be covered under the one-year warranty.  We'll see how this works out.   In the meantime, I went online and set the NetTalk number to call-forward to my cell phone, so I will still get my calls.  And of course, VoiceMail still works, and it still e-mails me the voicemail messages.

So, here's a real test of their customer service.   Granted, it is disappointing that the device failed so early (infant mortality and all) but we are made of tougher stuff than that.   If they send a new device with no fuss or muss, we should still be happy campers.

The tech called in 30 minutes and they are sending a replacement unit by FedEx.  They can then transfer the account to the new device, via the customer support chat window.   The tech speculated that the device might have lunched due to a power surge.  Unplugging and plugging the device may have been a bad move - better to use the reset button.   Covered under warranty.

So, we'll see how this works out.