Yet Another Tech IPO to Avoid 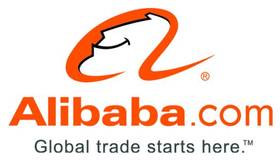 Alibaba is going IPO and the media is going nuts.  Again.

The media claims that "Most Americans are unfamiliar with Alibaba" but I doubt that is true.  Chances are, if you've ever done a search on Google, you've been steered off to an Alibaba site at one time or another.
Despite what the news media says, Alibaba is not eBay, Facebook, Amazon, and PayPal all rolled into one.  The site is geared more toward the wholesale market, not the retail market, and many of the offerings on there are a little shady.   Are you going to buy 200 bicycles from a website that misspells the word "bicycle"?   Didn't think so.
And size does not equate to profitability.   And profitability is the real conundrum of the Internet.   Facebook is finally making a profit, and the shareholders rewarded Facebook by jacking the price even higher - so that it's P/E ratio still makes no sense, unless you believe Facebook can grow by 500% in the next ten years (to have a rational P/E ratio, Facebook would have to increase by a factor of five.  Either that, or the stock price has to tank by a factor of five.  Which do you think is more likely?).
The problem with website stocks (and they are website stocks) is that anyone can copy the business model.    eBay was once the predominate online retailer.  But today, Amazon is cleaning their beads, even with higher prices.  Next year - who knows?   Some new site may come along and trounce Alibaba or Amazon or eBay or whoever.
It is a business of margins, and when online retail sites start ramping up charges to sellers (like eBay has done) then people start looking for other outlets for their goods, including their own sites.
Alibaba is also a great place to sell knock-off merchandise as many of my clients have discovered. You come up with a new product, spend a fortune developing it, and find a knock-off on Alibaba a few months later.  Prior to this IPO, Alibaba was untouchable, being overseas - or at least harder to touch.  Now, as a US Corporation, it may have readily attachable assets in this country.   Let the lawsuits begin!
Plus, it remains to be seen whether a Chinese website, started by a Chinese man, selling Chinese goods from China, can morph into a US company traded on the NYSE or NASDAQ.  The Chinese might have other ideas as to where they want to sell their goods.  And Uncle Sam is going to want a piece of the tax action from Alibaba now.
Why offer an IPO in the US then?
Oh, right, we're the land of suckers, and we'll bite on any IPO that sounds promising.   The Chinese, who are more careful with money, know better.
And that, I think, just about sums it up!
Newer Post Older Post Home