Another Reason Not To Get a Reverse Mortgage 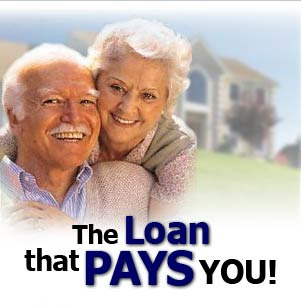 Reverse Mortgages seem like an easy answer for many Seniors.   Easy Answers are usually wrong answers.

People like easy answers to complex questions.   If you want a new car, but can't afford one, a lease seems like an easy answer.   That is, until you realize, three years later, that you traded-in your old car just to cover the down payment on the lease, and now you are walking, with no money and no car.   And for the money you spent leasing a new car, you could have owned a late-model used car, outright.

Politicians love easy answers, too, even though they know they don't work.   But they can sell them to you.  We can fix the deficit, they tell us, by cutting out all that "waste".  But they get remarkably vague when it comes to telling you what that waste actually is.   You can't put 30 pages of budget recommendations into a 15-second sound-bite.

People wanting to rip you off try to sell you easy answers as well.   The "one trick of the tiny belly" or "one trick to cheap car insurance" sound like answers to prayers.   But they are wrong answers and if you bite on them, you end up poorer than before, and just as fat or uninsured.

I wrote about reverse mortgages before.  There are many financial and mathematical reasons why these are bad ideas.  They are a loan, but since you are not making payments on a reverse mortgage, you don't understand how much interest you are paying, until you decide to sell your home.   When you do sell, you may be chagrined to discover that you have no equity left in the home, but still have many years left to live.   It gets messy.

For example, Joe and Betsy are struggling to make ends meet.  They bought a home in an upscale retirement community for $300,000.   It is now worth $400,000.   They decide to get a reverse mortgage and thus "stay in the home" and live out the rest of their lives there.

Of course, one option would have been to sell the house and then buy a cheaper home.   Similar homes in areas nearby (not in the upscale retirement community) are selling for $150,000 or so.  They could sell their present home and bank nearly a quarter of a million dollars, after paying cash for their new home.   But they didn't want to do this, for various reasons, among them pride.  No one wants to be perceived as "giving up" on a lifestyle, or perceived as being broke or running out of money.   Joe and Betsy were more concerned about what people they hardly knew thought about them.  Pretty silly.

For the first few years, they cashed out on the house and lived pretty large.  They bought cars, had parties, and squandered a lot of money on junk to fill their house with.   And they spent money on cable TV and new smart phones, so they could text the grand-kids.   That sort of thing.

Then the predictable happened.  Joe got sick, and Betsy spent all her time taking care of him.  With the money coming in from the reverse mortgage, however, Joe did not qualify for Medicaid.  Betsy could not afford to put him into assisted living, after his stroke.

Eventually, Joe died.  Besty now was alone in a four-bedroom home, which was a major chore just to keep clean, much less to maintain.  She could not clean the gutters, mow the lawn, move tree branches and leaves off the roof, and do all the minor repairs that Joe did, when he was alive and in better health.  Suddenly, the idea of "staying in the home" seemed like a bad idea.

Worse yet, the monthly checks from the reverse-mortgage company stopped coming in.  It turns out, that since Joe and Betsy were relatively young when they took out the reverse-mortgage, they did not qualify for much money, unless they got a term mortgage.  And when they took out the reverse mortgage, interest rates were much higher than they were today (on the order of 8% or more).   What's worse, Joe and Betsy were not very sophisticated when they got the reverse mortgage, and did not shop around to get the best interest rates or lowest fees.   Instead, they went with the slick salesman who promised them the most money per month, which of course, came with a term contract.

There are a number of different types of reverse mortgages:
Obviously, a Tenure type would have been a better long-term bet, but it would also have paid out less per month, as the lender has to figure on each party living a good long time.   And with a Tenure contract, the lender can end up losing money if the parties live too long.  So the salesmen are trained to sell Term contracts, when they can, which is not hard to do, as most folks, like Joe and Betsy, bite on the larger monthly check.

So Betsy is now broke, and no longer gets Joe's Social Security in full.  She has to live on far less.  She talks to a Real Estate agent about selling the house, but the balance on the Reverse Mortgage (which continues to increase over time, with interest) is more than the value of the house.   All she can do is hand them the keys to the place and walk away.   But where will she go?

Her options are limited.  She can "stay in the home" and pay the property taxes and insurance, and the Reverse Mortgage people can't kick her out.  But she does have to pay the property taxes, insurance, utilities, and other costs, and the overall amount is still pretty large (on the order of $1000 a month, for such a large house) which is still fairly expensive, given her meager Social Security income.

Betsy takes in a boarder, who agrees to pay her $500 a month and help around the house.  It seems like a dream solution, until the boarder brings in her ex-husband and his Mother and various other hangers-on, who sleep in the spare bedrooms or even on the sofa.   The $500 a month never materializes, and the house is a mess.  The promises to "help around the house" evaporate quite quickly.  Worse yet, valuables, such as jewelry, start to disappear.

Betsy is in a real predicament, but cannot even evict the boarders, who claim that they are there legitimately, and that Besty has dementia - the latter claim being at least partially true.   The last few months of Betsy's life are not pleasant to say the least.   The stress of the situation is finally too much for her and she dies of a stroke one night.

Her daughter, who lives many States away, comes to clean up the mess.  She has the Sheriff evict the boarders and has an estate sale to sell what the boarders hadn't stolen.   The home, now neglected for several years, needs a lot of work, if it is to be sold.   Since the reverse-mortgage people hold a note on the house for $50,000 more than it is worth (much of this being the compound interest on the monthly payments Joe and Betsy received), Besty's daughter has little choice but to deed the house over to the reverse-mortgage company.  Her Mother's estate is insolvent.

Was "staying in the home" worth it to Joe and Betsy?  I think not.      While they were able to wallow in gross excess for a few years, the end result was unhappiness - as well as locking them into staying in the home even if they did not want to.   And ironically, by "staying in their home" they were unable to get Joe into the rest home when he had his stoke.

In other words, the reverse-mortgage limited flexibility in their choice of options.  They traded tomorrow for today, just as many consumers do with loan agreements and leasing plans (and other bad bargains).   "Have it all now!" we are told - but pay for it dearly, later on.

Taking on debt once you are retired seems like a really bad idea to me.   Many folks do these reverse mortgages thinking that since they are going to die, they can skip out on that debt, in one final act of defiance against their onerous loan-masters - who they had been paying all of their lives.   But the lenders, of course, always have the last laugh - and the final say - in these matters.

It is better, I think, to have cash-in-hand and real options (and thus control over your own life) than to sign a contract and end up dancing to someone else's tune.

A Reverse Mortgage is, I think, another example where it is best to leave your pen at home.