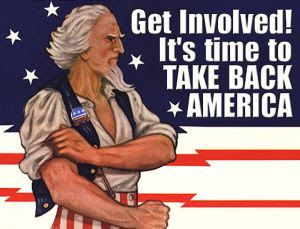 Many folks like to whine about how members of Congress are overpaid and have extensive fringe benefits.  But consider the alternative....

I mentioned in a previous posting that while living in Alexandria, I visited the former home of Gerald Ford, which a friend had bought, once Ford had left office.  It was a modest split-level home in a small 1960's-era development off the west end of Duke Street.  It was hardly the glamorous digs you would expect of a Congressman.  In fact, it was pretty plebeian.

Many Congressmen live pretty modestly in Washington, D.C.   The cost of maintaining a house in their home district, combined with a home in Washington, is pretty staggering.  Many have resorted to living on boats, or even in their offices.  The pay for Congressmen isn't all that great, even if they do have franking privileges and free parking.  $174,000 a year might sound like a lot of dough, but you can burn through it pretty fast, owning two homes (ask me how I know this).

And yet, many folks think that our elected representatives should be paid less - or not at all.   The thinking behind this, however, is flawed.

To begin with, the amount of money spent on Congressional salaries and benefits is pretty miniscule, compared to our overall budget.   Even throwing in the cost of Congressional staffs, it is a fraction of a fraction of a percent.  Cutting this will save about as much money as cutting the budget for Public Broadcasting.  There are no great savings here, just political rhetoric.

(Cutting the budget for Public Broadcasting, however, should be done on other grounds - e.g., that it is no longer "Public" but rather has been co-opted by organizations like NPR, who have turned it into a de facto commercial network.   Either take away Public Broadcasting from these elite organizations who pay themselves fantastic salaries to sell syndicated content - paid for by corporate sponsors - and give it back to local control, OR, just cut their budget and pull their FCC licenses at the same time.   Garrison Keillor and "Car Talk" are not "Public Broadcasting" but rather just commercial content thinly disguised as "Public" radio.  But I digress).

But Johnny Lunchbucket buys into these arguments - that there is "waste" in the Federal Budget that can be cut which will make a real difference.  As I noted in an earlier posting, the hugest chunks of money in our budget go to Defense, Social Security, Medicare, Medicaid, and other entitlement programs.   The rest of the operating budget of the government is pretty small.  You would wipe out ALL other government spending and maybe cut the budget by 10%-15% at most.   And of course, we cannot wipe out all of our government spending, unless you want to live in Anarchy (and while Anarchy sounds cool to young college kids, ask anyone who has been to Afghanistan how cool they thought it was).

But more importantly, the problem with under-paying elected representatives is the same problem as under-paying cops.   If a Policeman can't make ends meet on his salary, he will find other sources of income - and by that, I don't mean a second job.   In places like Mexico, this is a real problem, which is why corruption in the Police force is so rampant.  They pay the Police there a pittance of a salary, and the expectation is that they will make up the difference in bribes and kick-backs.

Do you really want that?

And the same is true with elected representatives.  When you are living on a boat at the D-dock at the Gangplank Marina in Washington, getting a free meal or a night on the town, from a lobbyist, seems like a pretty sweet deal.   And of course, there is money that often changes hands, in ways other than mere campaign contributions.

Underpaying representatives means you are encouraging corruption - you put them in a situation where they are always sucking for air at the end of the month, and the bills and credit card debt piles up.   A K-street lobbyist in a slick suit with a limo full of hookers and hundred-dollar bills starts to look attractive.

But more than that, when we don't pay representatives, we limit who represents us.   In many States, the local representatives to State government are paid little, or not at all.  And many people think, "Shit, yea!  That's the way it oughta be!"

But that means that the folks who represent us are not going to be like us.   Think about it.  If you had political ambitions, and wanted to get into politics, the first step is often to run for State office.   But as an average working middle-class American, could you afford to spend a few months every year at the State Capitol, for little or no pay?   Your employer would not tolerate this, and without a job, you would lose your house and car, and end up bankrupt.

And yet, if you ask the average redneck living in a trailer, he will tell you that no politician should be paid, ever, ever!  Hell yea!  Cut those bastards off by the balls!

But that really is just stupid-talk.  And it insures that government "of the people and by the people" becomes government of the landed gentry.

And perhaps this is by design.  The powers-that-be don't want some yahoo from the sticks to be elected, even to State government.   Because such folks often end up causing trouble and rocking the boat - the way many of these "tea partiers" do (and many a tea partiers end up sleeping in their offices).

In fact, if we paid our U.S. Congressmen like we do our State Representatives, it is likely there would be no tea party members in Congress.  After all, who could afford to be in Congress, other than someone with an awful lot of money?   But we do pay Congressmen a salary - not a huge one, by most standards, but one you could live on, if you had to.   And that makes all the difference in the world.

So the next time some bore blathers on about how sweet our elected Representatives have it, in terms of perks and benefits, just sock him in the jaw and say, "What the fuck, dude, you want to turn this country in to Mexico?  Get real!"
Newer Post Older Post Home