Pants on Fire (The L-Word) 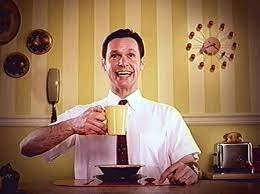 Why is it taboo, in our culture, to flat-out say someone is lying?

The debates are less than illuminating.  Supposedly President Obama won the last one, but only because Romney out-gaffed him with his "binder full of women" which sounded like a Mormon porn collection.  But that is hardly illuminating of the issues, even if the entire anecdote gives you an inside look into the mind of a misogynist, who condescendingly believes that token women should be placed in the cabinet, and the little woman should be given time off to go home and cook supper.
But a lot of stuff that Romney said were outright lies.  He signed the RomneyCare reforms into law in Massachusetts, which are largely what the ObamaCare act was based on.  Yet he criticizes the ObamaCare law in one breath, and in the next says, "I made health care available for every citizen in Massachusetts".   But in the past, Romney said he was against the health care mandate.  Go Figure.
Odder still is his shifting moods about contraception and abortion.   The guy who is "Right to Life" during the primaries and the convention, is now supporting mandatory funding of contraception by health care plans - regardless of whether employers have religious objections or not.   This is a major shift in his policies.
So at what point do you say "Governor Romney, your pants are on fire!"
You don't, I guess.  In our society, saying "LIE" is taboo.   You can say "mischaracterization" or "wrong" or "incorrect" or "misstatement" or "Malarky" even, but not LIE.
Why is this?  Well, in part I think it is a holdover from our antiquated libel laws.  You can say someone is wrong, and you can call him an "asshole" if you want.  But if you say he is a LIAR, that is considered libelous.
So rarely do you see, in the media, someone being called out as a LIAR, as everyone is afraid to say it, lest they let loose the demon "L-word".
But more to the point, in these debates, calling someone out as lying doesn't seem to work.  Why?  Because the other guy will just shout back, "I'm not lying, YOU ARE!  Everyone knows the sun rises in the West!  Check it out on my website!  It's part of my five-point plan!"
And since we don't have access to the web at that microsecond, we can't check it out.  The next day, the "fact checking pundits" put up pablum like, "Well, both sides made some misstatements" - but we are never told who told the most egregious boners.  In the name of journalistic "impartiality" the media presents both sides as being equal and "let you, the reader decide!"
No wonder our country is divided down the middle.   We are presented with two choices, as if they were equal in quality and consistency.
President Obama tried to play the media game in the last debate, and failed miserably.  Instead of calling out Romney on some of his major policy shifts (which were shifts announced at the debate), Obama was befuddled.  He was ready to attack a far-right-wing Romney, and suddenly, this liberal guy appears on stage.  Obama couldn't attack positions that were suddenly sounding so far to the left.   The governor supports women's health - even contraception!  Wait, I thought he was a Mormon!  Must be one of those swingin' ones.
Swinging in the sense that he says whatever he thinks people want to hear.
It is a shame that the GOP could not nominate a MODERATE candidate whose positions didn't change depending on which way the wind blew.  It is a shame that they cannot put forth a concrete plan that isn't some hand-waving.
And it is a shame that they have to run on this platform of a "failed Obama Economy" when we all know who wrecked the economy in the first place - the Republicans.
Frankly, it is amazing that our economy has recovered as quickly as it has.   I don't know about you, but my 401(k) is worth double what it was in January of 2009.   And it pretty much has reached back up to the peak years before then.   My house is worth more than I paid for it, and overall, I am doing pretty good.
Could the price of gas be cheaper?  Yea.  But Presidents don't set the price of gas.  And a free-market economy Republican should know that.  (Missing from the debate was any discussion of America's shortage of refinery capacity - the real reason behind these sudden gas price spikes, particularly in California.  California sows what it reaps - in gas prices, and bankrupt milk producers, as well as the Enron utility price hike fiascoes.  Well-intentioned regulations in that State backfire regularly - because they try to control PRICES directly).
But overall, I get the impression that Romney, like McCain, doesn't believe what he is saying.   McCain at least telegraphed that he was uncomfortable with what he was doing.  Romney reminds me of that kid in High School who would say any outlandish thing, to get attention or get out of trouble.  And he did it with that same shit-eating-grin on his face.
I just don't trust the guy, period.
Newer Post Older Post Home