The Price of Happiness 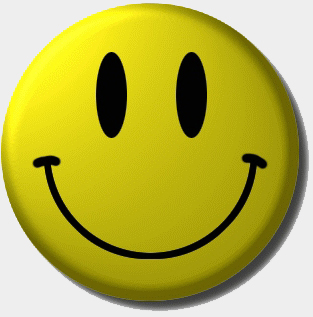 What is this worth to you?   The price of a new car?  Suppose it was free?

One problem with living in America is that people tend to measure their sense of self-worth and well-being in terms of dollars and cents.

One reason I started this blog was that I found myself heading off in a direction I did not want to go to.  I was trying to buy happiness in terms of owning things, only to discover that owning things was a pretty shallow experience and not an end in and of itself.  Worse yet, it turned out to be a form of slavery – the more you owned, the more you had to pay to keep all this bling and crap, so the harder you had to work.

I changed my priorities and tried to find ways to cut expenses, own less, do more, and be happier.  And it went against and goes against most everything many folks hold dear in this country.

And most people just don’t get it.  One youngster e-mailed me, wanting to know how to strike it rich as quickly as possible.  To him, money was something that you needed lots of, and the goal in life was to spend it as fast as possible, buying show-off things like cars and smart phones, so everyone would know you had money – or at least think you did.  And if this meant going heavily into debt to do so, so be it.

And his attitude reflects that of most Americans.  And most Americans are heavily in debt and unhappy.  They assume that having more money equates to more happiness – and their only complaint in life is the lack of money.

And yet, one of the most popular sayings in America is “Money can’t buy happiness” – and yet few believe it, and in fact, most make fun of it.  Only a chump would believe such nonsense, right?

What got me thinking about this was a town we visited here in the hills of North Carolina.  It is one of those towns – and there are a lot of them in North Carolina – where wealthy Floridians come to, in the summer months, to escape the heat of Florida.  They build “look at me” houses in the mountains, and then patronize the candle shops, gift stores, and hokey restaurants in the towns that spring up to service these faux communities.

The streets are lined with Real Estate Agencies, developer’s offices, and a myriad of support companies (furniture, carpet, etc.) that provide services to the people building their “dream home in the mountains” right next door to someone else’s dream home.

We found it to be generally repulsive.  There was so much commercial development that the place was, in fact, no longer attractive.  Whatever had attracted people to the mountains to begin with, was drowned a sea of tacky subdivisions, billboards, and “exclusive” gated communities.

And it got me wondering.  Are these people really happy doing this?  Why do they leave Miami – a sea of ugly if there ever was one – to come to another one, up in the hills?  And why do they feel that their “dream mountain vacation home” has to be in such-and-such a development (where all the smart set moves) rather than on a seclude 50 acres 100 miles away (with a better view and a real mountain setting)?

And the answer is, of course, that such folks look at life as a series of menu choices – “upscale” possessions to be bought, with the price tag indicating the ultimate inherent value of something – with the higher the price being an indicia of greater happiness.

Of course, that is fine for people who really have real money.   But many lesser folks, including the middle class, get caught up in this game, and end up going broke – and being unhappy – trying to spend their way to happiness.

They are the upper-middle-class “strivers” as Vance Packard called them.   Today these are the “six-figure-salary poor” who whine they are living “paycheck to paycheck” as they try to spend their way to happiness, one installment payment at a time.

And it is hard to break free of this mentality.  We were discussing our finances recently, and our situation is so oddly different from most of our friends.  We have a decent net worth, but very low income.  Most of our friends make 2-3 times as much as we do, but are heavily in debt, and have little in savings.  Why is this?  And which is a better way to live?

The temptation – and it is a strong one – is to measure yourself against others in terms of annual income.  After all, if Joe Blow is making $90,000 a year as a Verizon technician, shouldn’t you be making more?  And if not, why not?

Comparing yourself to others, however, is a fool’s game.  And using income, instead of overall wealth and happiness, is a false indicia.   There are legions of Americans making more money that you, but have less in the bank, owe the bank money on everything they possess (but do not own) and are miserably unhappy.

Money can’t buy happiness, they say.  But perhaps a better way of phrasing this idea would be to say, “Money isn’t a good indicia of happiness.”

I met a young man the other day, while touring the Dixie Caverns in Roanoke.  He said he wanted to be a tour guide for that slightly run-down tourist attraction of the 1930’s, for over four years – since he was in his teens.  And now he was working there and he loved it.  He loved the caves, he said, and he couldn’t think of any job that would make him happier.  He was, however, going to school to study for a “real job” that would pay “good money.”  His parents pushed him to take that career path, as they believed that happiness was equated to a big paycheck, and having a job skill that would bring in a big paycheck was all that mattered.

I told him, “If you can get paid to do something you love to do, you’ve got it made!”

Perhaps a career at the Dixie Caverns was not in the cards – after all, the pay, even with tips, could not be all that great.  But it seemed sad to me, that this youngster, who was so clearly in love with these caves and caverns in general, would someday chuck it all to be a physician’s assistant or an X-ray tech.   I wonder, maybe 20 years from now, with a stack of bills to pay, a mortgage (and a second mortgage) and kids in school, and a boss that he hates, if he would wish he had found a way to stay in the spelunking business.

Money is not a means of keeping score, as some wags would tell you.  It is not a path to happiness.  It is, however, a means of being independent – if you use it wisely and accumulate some, rather than spend it all and borrow even more.

I am at a point in my life, at age 52, where I could decide never to work again for the rest of my life, provided I spent money carefully and didn't blow it all on subscription services and car payments.  And that is, to me, something more powerful and desirable than a leased Acura or 500 channels of cable TV or a new smart phone.  Being able to live a life I want to live, as opposed to what my boss wants me to do, is to me the ultimate happiness.

And money makes this possible – money saved not money earned and spent.  So, the folks in the fancy houses and the fancy cars, with their smart phones and giant televisions with all the channels can look down on me all they want.  I am finishing up a eight-week vacation, one of several vacations I take throughout the year.  Which is better?  To me the answer is simple:  I’d rather own myself than own things.

So, I will resist the temptation – and it is a strong temptation, in this country – to measure myself by the yardstick of annual income or what is parked in my driveway.  Lives cannot be measured in dollars and cents, but in terms of depth of experience.  And no two are the same.

But like I said, in this country, it is hard to resist the temptation to measure yourself in terms of money or income.   But resist the temptation.  Because no matter how much you make, there will always be someone making more and you will always come up lacking as a result.   By definition, such measurements are sure to lead to unhappiness.
Newer Post Older Post Home