The Problem with Welfare 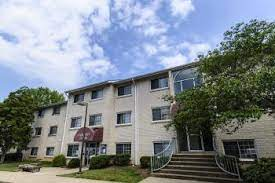 Eligibility for public housing and other public assistance depends largely on your reported income.   It is a system that is ripe for abuse.