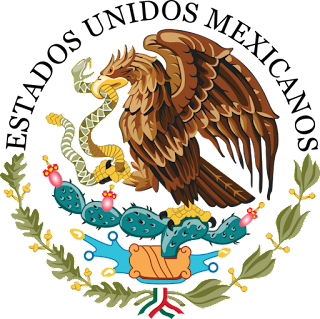 You probably didn't realize this, but the real name of the country we call "Mexico" is actually "The United States of Mexico" (Estados Unidos Mexicanos).   Suppose the USA ended up like Mexico?   Or perhaps worse yet - like Brazil?  Who would be the winners and who the losers?   And are some folks gunning for this to happen - at your expense?

I had a dream the other night - more of  a nightmare, actually - that our Country had devolved into a country like Mexico.  There were a few wealthy multi-Billionaires  - less than 1% of the population - controlling most of the nation's wealth, and the rest of us were scrambling to get by on a day-to-day basis.

The GOP won the Whitehouse, and got a super-majority in both Senate and House, and pushed through a radical agenda of "reform".   Government programs were slashed to the bone - that is to say, any government program that did not send funds to Lockheed-Martin, Boeing Aerospace, United Technologies, or any one of a number of huge government defense contractors.   And of course, restrictions on lobbying were eliminated (along with the tattered remnants of campaign finance reform).

What few government agencies were left were basically handed over to the industries they were supposed to regulate.  The FCC was run by Rupert Murdoch.  The FAA by USAir.  And of course, all banking regulations and Wall Street regulations were abolished as "impeding the invisible hand of the marketplace!"

Unions were weakened to the point of extinction.  And since any form of entitlement from Medicare, to Medicaid, to Social Security, to Welfare, was either cut down drastically - or completely eliminated - people became desperate for money, and would do anything for a job.   The minimum wage was dropped back down to $4 an hour - then abolished entirely.

Of course, the new Right-Wing Supreme Court lost no time in striking down any law or regulation that would interfere in the economic marketplace.   Bosses were now free to sexually harass their secretaries, discriminate on the basis of gender or race, and do pretty much whatever they wanted to.

New voting regulations, of course, made it harder to even go to the polls.   You needed three forms of ID to vote, and two of them are only available from government agencies open on Wednesdays from 9-11AM and 2-4PM.  Bring a magazine, I hear the line is two hours long.   But of course, since you can't afford to lose your $3.50 an hour job a Wal-Mart, you aren't about to ask your boss for time off, are you?

Of course, it is a good time to be rich - fabulously rich.   If you are born into wealth, you have it made.   You will go to the best schools and get good grades of course (your Dad donated the new History building).  And you'll have your own helicopter - a graduation gift from your parents.   That is to say, a High School graduation gift.

And you'll be used to having servants, of course - and abusing them in any way imaginable.  Since you are spoiled rotten from day one, you think nothing of ruining the lives of a gardener or butler or raping the upstairs maid.   What are they going to do about it, complain?    You'll have them out on the streets and living in one of those cardboard-box ghettos you fly over in your helicopter on the way to the country club!   "How do people live like that?" you think, as you fly over.  Why don't they try to improve themselves!  If only they would pull themselves up by their bootstraps like you did!

Yes, life is sweet, if you are rich, and the rest of the world is desperate.   You can do what you want, manipulate people, and get away with murder - quite literally, if you are inclined that way.

It is not like those bad old days your Dad and Granddad told you about - back when accumulating dynastic wealth was harder to do.  They actually taxed your income, if you can believe that!   And poor people were given a "safety net" of benefits, so that if they could not find a job, they could live in some dignity.   It was a horrible system, your Dad told you - after all, if the poor can make money without working, why on earth would they put up with being abused at work!   According to Grandpa, back then, you had to be nice to your employees.   Strange but true!

You are glad you are born in the era you are in.   You have the world by the string - endless dynastic wealth that will never dissipate over time, even if you do nothing but spend it all day.   And legions of desperate humans who will do your bidding - as if they were slaves.   They will scramble just to get sufficient caloric intake for the day.  Life is sweet!

But of course, for the upstairs maid you just fired (for having the audacity for complaining about that rape thing - sheesh!) life is a different story.  She now can't get a job -anywhere - thanks to your "black-balling" her.  She lives in one of those cardboard-box ghettos, and watches your helicopter fly overhead every day.   She searches the dump for scraps of food.  Sometimes she finds bits of leftovers from your banquets, that your servants and the other scavengers missed.  She can only hope to get enough calories in the day to stay alive, before the inevitable illness and lack of medical care kill her.

OK, sounds like a pretty fantastic dream, right?  I mean, that is a pure exaggeration - that could never happen anywhere in the world today, right?    Well, not exactly.   It does describe life for a lot of people in places like Haiti, Brazil, and other third-world countries, where a very, very few live ultra-rich lives, and the great masses live like desperate animals.  Um, Africa, parts of Asia.  Well, all of China.  Indonesia, much of the Balkans.  Many Arab countries too.   Come to think of it, most of the world lives in abject poverty, compared to how we have it.   For about half the planet, scrambling to just survive another day is their main goal in life.

I've been to such places - where the well-to-do live in walled compounds (like in Mexico) and often obtain their riches through financial machinations, bribery, corruption, or various criminal enterprises.   But of course, they are just "free market capitalists" - and bribery is the end result of an utterly free market, right?

Well, OK, you say, maybe that sort of thing happens in South America or impoverished island nations - or perhaps in Africa.  Or Indonesia.  Or, well, actually in about half the world, right?  But it will never happen here - this is the United States of America!

All I can say is, I hope you're right.   But if you look at countries that were run like that - such as a the Philippines, they relied on a scrambling middle class, that they could play off against the underclass, to stay in power.  They dangled out the carrot of promised riches which never quite materialized, except for the very few, on the premise that they step on the face of the person below them in the economic chain, to get ahead.  They told the middle class, "Your problems are not with us, the very rich - we are like you!  No, your problems are the very poor, who are dragging you down!  Turn on them, and be like us!"  And people believe it.

If you are wealthy, it pays for poor people to be desperate.  They will do your bidding that much more easily.   And one has to wonder, with all this talk about cutting Social Security, Medicare, and other programs that help the poor and the middle-class, if there isn't some sort of overall design to this.   After all, if we can keep people desperate and hungry, they are far easier to manipulate and abuse.

And that would be a swell world to live in, if you were very, very rich.   But for most folks, it would be (and is) a nightmare.
Newer Post Older Post Home