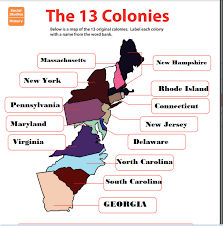 In the history of the world, countries have either been colonizers or colonized.  The United States has been both, which is why we are sometimes schizophrenic.