Thrown Out of the Garden Club 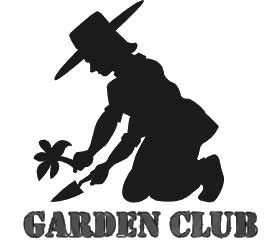 Edna was thrown out of the Garden Club!  Such a scandal.


Living here on retirement island, you realize that a lot of folks have nothing to do with their time, so they make trouble for other people.  But as bad as it may seem here, things over on Rich People's Island are even worse.  Of course, the folks on Rich People's Island aren't really rich.  Most of them are horrifically in debt up to their eyeballs, trying to "keep up appearances".   And so our story begins....

Hyacinth and Richard are in their 70's and consider themselves to be upper-middle-class, if not wealthy.  But of course, this is just a fantasy of theirs.  They bought a fancy house in the neighborhood on Rich People's Island, and blew the rest of their dough on fancy cars and golf club memberships.  They sought out every important social group, and made sure to socialize with the right people.  They projected an image of wealth even if it was based on lies.

So of course, Hyacinth got into the Garden Club on Rich People's Island (there are several) and was a prominent member for many years.

But then came the recession.  Richard's investments tanked, and he foolishly got out of the market when it was at its nadir.  Their tacky mini-mansion (covered with Dry-Vit stucco) was now very much upsidedown, as they had taken out a toxic mortgage in order to buy it.

So the house is foreclosed upon, and Richard and Hyacinth are out on the street.   Garden Club rules are strict on this.   If you don't live on Rich People's Island, you can't be in the Garden Club!  But Richard and Hyacinth desperately want to hang on to the appearance of wealth even though anyone with half a brain can see that they are basically broke.


Fortunately, not many people on Rich People's Island have half a brain.  They all have Romney signs in their yards, and blame their misfortunes on President Obama.  How can we throw Hyacinth out of the Garden Club, when she clearly is a victim of the Obama Economy?

Moreover, Richard and Hyacinth desperately want to stay in the game.  They are looking (fruitlessly) for someone to rent them a tacky mini-mansion on Rich People's Island, so they can still pretend to be rich, at least for a while longer.   And this is what the Garden Club likes - to see people with their nose pressed up against the glass, desperately wanting to get in - to Rich People's Island, to the Garden Club, or whatever.   They want to be exclusive and elite, and you can't do that unless you can snub or blackball others, and have other people desperate to join your little club.

Edna was also a member of the Garden Club.  But she and Joe were smarter with their money.  They paid cash for their home, many years ago, after downsizing in retirement.  They retired with no debts and are financially secure, even if the market goes down in value.  That is, of course, the way you should be structuring your life, at age 70.

But Edna and Joe realized that they could sell their house on Rich People's Island for nearly three-quarters of a million dollars, and buy a similar home, on Marshland Estates (on the mainland) for $250,000.   Cashing in $500,000 - a half-million dollars - with no tax consequences whatsoever - seemed like a no-brainer to them.  So they sold out and moved.  Now they are very comfortably well off - and actually wealthy.

But the Garden Club was furious!  You can't leave Rich People's Island!  Not and stay in the Garden Club!  So, Edna was thrown out of the Garden Club.  Her hand-trowel was ceremoniously broken in half, and her straw garden hat smashed down over her head.   Goodbye Edna!  And good riddance!

How interesting - the contrast.

Two couples, in retirement.  Both living largely the same lifestyle.  One on a sound financial footing, the other leveraged in debt.    One ends up nearly bankrupt, the other is prudent with their money and makes a sound financial move.   And which one is tossed out of the Garden Club?

You would think that they would value someone with real wealth and real values, not someone who is basically faking it, and leveraging themselves to appear to be wealthy.   You might very well think that.

But again, I think the key here is that Edna and Joe don't need or crave the acceptance of others and they make their own financial decisions based on what seems logical and prudent to them.   And this scares the crap out of the folks on Rich People's Island.   What do you mean you have no mortgage?  What do you mean, "sell"?   That would be quitting - giving up on the dream!  It scares them, because they, too, are leveraged up to their eyeballs with retirement mortgages and leased cars.  And yea, I've been to their homes, and they are not very fun people to be with - always trying to one-up one another.

But Hyacinth and Richard, well, they haven't given up on the dream!  - even as it drags them down into the financial abyss.   And so long as they buy in to the deal and drink the Kool-aid, well, they are welcome in the Club.

However, I suspect Edna really doesn't give a rat's ass about what the Garden Club thinks of her....