Another day, another clueless idiot with a cell phone... 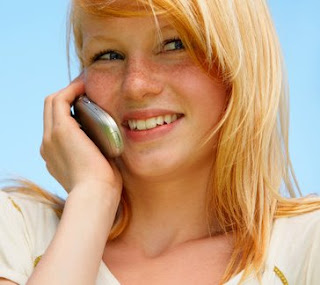 Another day, another clueless idiot on a cell phone....

This article on CNN is one of the latest in a series of articles about people who travel overseas without figuring out what their data and voice plans on their phones are.  They come back from overseas travel and get socked with bills in the thousands of dollars.

And while in some instances, the phone company backs down - in part - and shaves off a big chunk of the bill, in other instances they insist on full payment.  You rarely hear about the latter stories.

And in many situations, the phone company has to pay the overseas provider, so their options in cutting the bill may be limited.

But the long and short of it is - whose fault is it?  In the article cited above, the brain-dead idiot on the cell phone (I am being redundant, people who spend a lot of time texting and yakking on the phone are all brain dead) said she "assumed" that texting was "free" for her.

There have been so many, many horror stories about people visiting third world countries and getting socked with outrageous text and data bills, that there is no excuse to be blindsided by this.

Even in the USA, if you do not have a "texting plan" in place, you can get socked with huge bills if your kid decides to update all his facebook friends for a week.

If you really must "text" (and you really don't NEED to) then buy a texting plan that allows you to do this at a reasonable fee.

If you do not plan on texting, call your cell phone carrier and DISABLE TEXTING on your phone.  Otherwise, you will be charged for any mistaken texts that other people send to you (a great way to get revenge on someone, by the way, as you pay for RECEIVING texts).  Or, as in a recent Verizon class-action case, you end up paying for texts from the phone company itself.  Either get a plan, or disable this feature.  Otherwise, you will get a painful phone bill in short order!

BEFORE GOING OVERSEAS, check with your carrier as to charges for phone usage AND text and data usage, so you are not blindsided with a bill.

Want a safer approach?  When you get off the airplane, stop at a cell phone shop and buy a disposable cell phone with activation card.  You can never, ever, be charged more than what you paid for the card (pay cash - do not use a credit card!).  If the disposable phone doesn't have texting, then CALL people or use an Internet cafe to communicate online.

OR..... and I am being radical, thinking-out-of-the-box here, perhaps try living in reality instead of "on-line" all the time, texting and tweeting the minutes and hours of your life away.  The point of travel,usually, is to enjoy the country you are visiting, and you can't do that when you are constantly texting and tweeting people "back home".  Turn the phone off and enjoy the quiet contemplation of the city you are in.

The lady in question was supposed to be in Haiti helping orphans.  Good for her!  I am not sure how texting relatives and updating her facebook page is related to that - only that it illustrates how superficial and helpless Americans are without their electronic toys and gadgets.

Possessions are not an end in and of themselves.  Unplugging from life is often a better option.  BUT, if you have to use this stuff (and we all do, to some extent) you are far better off doing it the SMART way.  Call your carrier in advance - get an overseas plan (it adds a monthly cost to your bill while you are there, but at least you don't have staggering overseas cell bills - just high ones).  But a disposable phone is probably your best option, as you know in advance how much you are going to spend on the phone.

I did this when traveling to England and France a few years back.   It was still expensive, and I probably would have been better off with a disposable phone bought at the kiosk at Heathrow than to try to "bring my own phone" along.  In addition, it would be one less thing to worry about losing (and also one less power adapter to bring with me!).

And of course, they are talking about passing legislation to regulate the phone companies, so that they have to warn you before your phone bill goes above, say, $500 or so, so you don't have nasty surprises when you get home.  And that is probably a good thing, if they can pass it (telcos are more powerful than the US Government, so don't hold your breath).

In the meantime, be proactive, protect yourself and be SMART about these devices.  There is no excuse for getting an outrageous cell phone bill in this day and age - we all are aware of how the system works by now!
Newer Post Older Post Home