Can You Live Without A Car? 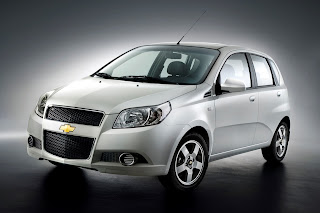 The Automobile is touted as essential to living in America.  But could you live without one?  Or maybe not as many?  The cost savings are potentially huge, so it is worth a look.

To many Americans, owning a car is just not optional, they believe you have to have a car, and dream of owning one from the time they get their learner's permit.  To them, a car is freedom, mobility, and adulthood.

And as I noted in an earlier entry, the poor (and stupid) drive all over hell's half acre, as if driving more was a good thing.

And for many people, an automobile is a large part of their annual budget, usually second only to their rent or mortgage payments, and often higher than their savings rate.

Could you live without a car?  And would it save you any money?  The answer is a qualified "Yes" to both questions, with some reservations.

If you live 20 miles away from work, in the country where there are no bus routes, there is no question that living without a car would be problematic.  Unless you had a reliable friend to carpool with to work, it would be all but impossible.  And even then, shopping and running errands would be problematic.

But then again, you have to ask yourself why you are living 20 miles from work out in the sticks.  We recently sold a house in the country, and many people move there because it is "cheap" but then squander enormous sums on automobiles, which as I noted, they drive all over Hell's half-acre.  In the six years we have been here, some of our friends have gone through 2, 3, 4, or even 5 automobiles - often owning several at a time.

Very few seem to keep their cars long.  In fact (and again, this is a poor person's kind of thinking) deciding what their "next car" will be is something they ponder from the moment they take the temp tags off the load they just bought.

So not only do these folks squander money by owning a car - they super-squander by over-driving and over-consuming cars.  It is possible to drive less and save a lot of money.  But not drive at all?

Another alternative is to have fewer cars.  For example, when I lived in Alexandria, Virginia, we rented an apartment that was within walking distance to work.  One or both of us could have walked or taken the Metro to work, and as a result, we could have made do with just one car, which would have saved us a considerable amount of money. But like most Americans, we felt that we "each" had to have a car to drive (the "his and hers" model that so many Americans follow).

Having only one car would hardly have been inconvenient.  In fact, the savings in the cost of the second vehicle, insurance, parking, fuel, etc. would easily have topped $10,000 over five years, if not double that.  The savings would have added $35,000 or more at retirement.  Or it would have meant a much improved (and less stressful) lifestyle at the time.

The expense of owning even a basic car is pretty steep.  You lose about half the value of the car every five years in depreciation.  Then there is insurance, which can be particularly steep for younger drivers.  Gas and repairs are probably the least of it, although they add up.

If you can fit it into your lifestyle, not owning a car can be a huge money-saver.  However, few people live in an area where this is practical.  If you and your spouse can make do with one car, there can also be huge savings - and it is more practical to at least have one vehicle.

As I get older, we have downsized our car fleet considerable (from six to two).  We may downsize further - to perhaps one - as time goes on.  As we get older, we find ourselves not going anywhere without the other, anyway.  So having two cars seems kind of nonsensical.