What is Passive-Aggressive behavior? 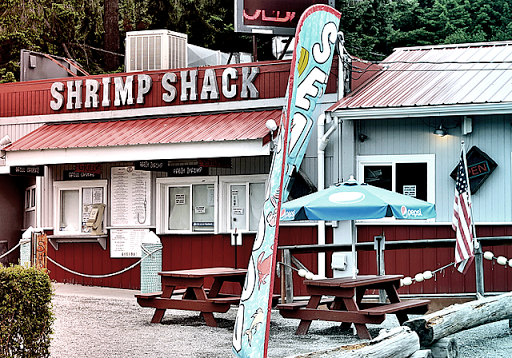 What sort of person orders spaghetti at a shrimp shack?
Many people like to toss-around the term "Passive-Aggressive" behavior?  What is it?  What does it mean? And why it is so darn annoying?  And how does it affect your personal as well as financial well-being?  Here are some examples from my personal life.

It was a lovely day in Virginia Beach.  We were walking the boardwalk with some friends, seeing the sights and visiting the shops, when lunchtime rolled around.  "Where do you want to go for lunch?" I asked, knowing that if we didn't eat soon, the dreaded low-blood-sugar level would kick in.

Right off the bat, here's trouble.  Pick?  We are on vacation in a place we've never been.  What to pick?  I didn't know of any place to eat.  There were a number of places on the boardwalk and on Atlantic Avenue, but which one was any good?

"Oh, no" I said, "Let's find one together!"  Nice try, Bob, but you are no match for the expert Passive-Aggressive.

"I don't care - you pick one - anything is good. How about seafood?"

But now the onus is on ME to choose.  I see a seafood place on the pier, advertising cold beer and a fried shrimp basket.  It's a tourist town, what do you expect?  "What about that place?" I say, nodding to the "Shrimp Shack" - whose sign says "Cold Beer - Fried Shrimp!"

This isn't going well.  You go to a beer joint for beer, not iced tea.  And after a few beers, it is fun to sit in a place like this and have fried food.  That's the whole freaking point of it.  And it isn't like my friend isn't a lush, either.

So our drinks arrive and we order.   The entire menu is aimed at a few simple seafood items - and everything largely fried.   I get the fried shrimp basket.  OK, its not good for you.  I'm on vacation.  My partner gets the fried fish.  My fussy friend with the iced tea decides to order an obscure pasta dish from the back page of the menu.

This isn't going to end well, I can tell you.  You want pasta?  Go to an Italian restaurant, not a fish shack on the pier.  Why they even put things like that on the menu, I don't know.

You can imagine the rest.  Her dish arrives late - because they never make it on a regular basis.  So we're almost done eating by the time she gets her entree.  And of course, she complains about everything from the decor, to the iced tea, to the pasta (which of course, sucked, I could have told you that) to the service and the prices.

The beer and shrimp would have been fine - and in fact for what they were, they were great.  But all the fussing and bitching made it a bum trip and a bad meal.  And it is not like she didn't like shrimp or have as shrimp allergy, either.  For some weird reason, she decided not to drink beer (and she was a lush, too!) and not have shrimp.   Being a special snowflake allows you to control other people.

But wait, the best part is yet to come.

We leave the restaurant, and she says to us, "Well, YOUR RESTAURANT wasn't very good!  We'll have to go to MY RESTAURANT tonight and I'll show you where there is some good seafood!"

OK, now I apparently "own" the "Shrimp Shack" and am responsible for the service, the food, and the iced tea.  It is "MY RESTAURANT" because I "picked it".

But of course, I don't own the restaurant and I didn't even really "pick" it, other than to suggest it because we were standing in front of it and she refused to make any suggestions.  But for the rest of the trip - and even when we got home, I was told that "MY" restaurant was no good - and even friends were told that "My Restaurant" wasn't any good - as if this was some favorite place of mine and not an open door I happened to be standing in front of at the time.

(Later that night, we went to "HER" restaurant, Captain Ahab's All-You-Can-Eat Seafood buffet.  They had a P.A. system in there, announcing "Now serving, table 525".  It was not horribly bad - typical buffet stuff, frozen seafood, fake butter, jello salad.  But hardly Haute Cuisine).

For months and even years afterword, she would mention to others how crappy "MY" restaurant was, and how great "HER" restaurant was in comparison.  An offhand selection made on a moment's notice has been ascribed to my character forever.

And no, I don't hang with her anymore.

Such behavior is typical of the Passive-Aggressive (PA) person.  You all decide to go to a movie, and you say "which one should we go to?" and the PA says "Oh, YOU PICK!"  When you hear this, WATCH OUT, because if they don't like the movie (and they never do, or they find flaws in it) you will hear about it for hours afterwords about how you MADE THEM GO to a movie they didn't like.

There are a host of other PA tricks as well.  As noted in the definition listed above, learned helpless behavior is another example.  I have mentioned before in this blog, about the "Friend" who places themselves in perpetual peril and then expects other people to bail them out.  They learn that if they appear to be pathetic and weak, they can get others to do things for them.  And it is an effective strategy, too!

I related the story of the "Friend" who asked us to help her move, and when we arrived, found that she had 12 hours to vacate, had nothing packed, no boxes, even, and had not even reserved a rental truck.  That was a long, long day, let me tell you.  And no, we don't hang with her anymore either.  And oddly enough, it was she that dumped us - when we stopped trying to "help" her out of her various crises.

Passive Aggressive people are annoying pains in the ass.  They also can be obstructionists, using their behavior to get what they want by blocking any action from taking place.  Preserving the Status Quo is often high on their agenda, and they can accomplish this, oftentimes simply by doing nothing.

In a way, it is like the information hoarder.  They can create a condition of stasis in a company or organization, with just a few simple words - "I'll have to get back to you on that."  And of course, they never do, and days, weeks, or months of time are lost, and before you know it, the project is canceled or put on hiatus.

From the Wikipedia Entry on Passive-Aggressive Behavior, a list of 11 indicia of this behavior:

Note that this list could also be morphed into an "11 symptoms of Marijuana Users".

The first item - speaking ambiguously or cryptically, particularly pisses me off.  I worked with a guy once who did this.  I gave him a draft of a Patent Application, and he returned it to me with some very vague and cryptic comments.  We talked for about a half-hour, and I left feeling uneasy that somehow he was not happy with my work, but on the other hand, I could not articulate what it was he wanted changed.  The reality was, of course, that he was insecure about his position, and didn't know what he was reading.  He was trying to transfer his insecurity to me.  An interesting game.

The chronic lateness is something that you see in meetings and the like, where someone trying to project a position of power, arrives late to the meeting, with the excuse he was doing something important - more important than you.  The message is clear - he is important and you're not.  But this also takes another aspect as well - the person who merely is forgetful and late all the time - the chronic stoner.

Chaotic situations is another one that rings true - the person who "stirs the pot" and gets everyone around them all riled up, while they remain apparently calm and collected.  Oftentimes the PA does this by spreading rumors and other stories around.

Working with such people can waste a lot of your time and cause a lot of frustration.  When you find yourself working with, or worse, working for, someone who is PA, it is time to get out your resume and move on.  When every meeting ends with "We'll have to study this more" you know you are at a PA company, and that the company will not be long for the world.

Having these people as friends is also a bad idea, as they will cause you no end of unhappiness and personal grief.  People who constantly send entrees back at any restaurant, complain about the service, and are never happy - what fun are they?  When I go out for a meal, I want to have a good time, not an ulcer.  And the helpless friend will waste hours and hours of your time as they continually put themselves in peril and expect you to bail them out.

The reality is, very few people in this world are not depressed all the time, and very few are not at least partially PA.  Most folks engage in very odious behavior like this, and try to get you to squander what little energy and self-actualization you have, solving their problems.

Emotional energy is very important to you, and arguably your most precious resource.  Don't squander it on these people - these Emotional Vampires, if you will.
Newer Post Older Post Home