Sell a Car to Pay Off a Credit Card? 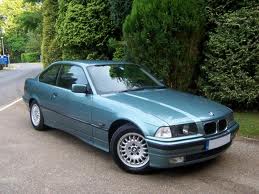 Keep it, or sell it?  If you have a "hobby car" and are struggling with debt, the answer is pretty clear.


On a BMW forum, a fellow posted a note that read as follows:

"I am thinking of selling my BMW.  I don't drive it so much anymore, and I have some credit card debt to pay off.  But I can only get about $5000 for the car - less than I thought.  Should I sell it and pay off the debt?"

If he is asking the question, chances are, he is in financial stress, so he wants to pay off that debt.  If you own a $5000 car (as a toy) and have $5000 in credit card debt, in essence it is like having a very expensive car loan.

And that's not all.  If he is "not driving" the car very much (i.e., lost interest in it) there is little point in keeping it.  He is paying at least $200 a year in insurance (more if he has tickets or opts for collision, comp and other coverage).  So over 5 years that is $1000 more.  Throw in $50 a year for registration, inspection, etc. and you have another $250.

So total "saved" by selling the car is at least $2823 over five years - or nearly the cost of the car.  Throw in maintenance items for a car like this over five years (tires, brakes, oxygen sensors, etc) and you have probably savings equal to $4000 now.

Now suppose he kept the car and paid the interest on the credit card.  After five years, he has paid $5673 in credit card principle and interest, $1000 in insurance, $250 in registration and inspection, which totals  $6923.  Let's assume in five years he will need about $1000 in repairs (a set of tires, brake job, a few other things - it adds up fast on a BMW) and round it off to $8000.  That's the actual cost, out of pocket of keeping the car versus selling it and paying off the credit card and being debt free.

A better approach, I think, (and as I have learned, the hard way) is to sell the car, pay off the debt, and then put that $10,000 into savings over five years.  At the end of that five years, you have money in the bank and can go out and buy your next vehicle - paying cash or mostly cash for it.

And the problem with the "hobby car" is that even if it is not driven regularly, it depreciates regularly.  So even a "low mileage" car can depreciate in value, rack up repair costs, insurance costs, and registration costs.  You are better off owning fewer cars and putting more miles on them per year.

For myself, I am driving less and less.  I make major trips to the store maybe once or twice a week.  So my annual miles are maybe 10,000 or so.  Spread out over a number of cars, this meant that I was not using any of them very much.

So for me personally, it made sense to sell off the car collection, pay down debt, and put more miles on fewer cars - and get more value out of them.

And as cars age - regardless of mileage, they will need repairs and work - and this cost adds up over time and often is not within your control.  And in many cases, if the owner is financially stressed, they delay or defer the work, causing the car to become a "fright pig" or worse - languish in a garage in a state of permanent disrepair and non-running condition.

At that point many people take the plates off it and resolve to "keep it" on the basis that it is "worth something" and "doesn't cost me anything to keep" and "I can't get what I want for it, anyway" - all of which are cries of the hoarder.

Letting go is never easy!  In the last year, I have sold two boats, two cars, my pickup truck, a jeep, an antique tractor, and much, much more.  But the freedom of not having to maintain and worry about machinery is great - and the reduced expenses means living is a lot easier.  Stressing yourself financially to own "things" never makes much sense.

Toys are fun and all, but not at the expense of your basic financial stability and security.
Newer Post Older Post Home