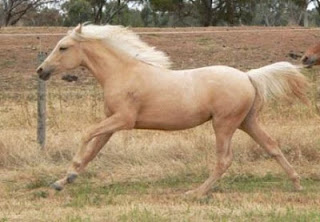 Oh! They're giving away free ponies!  I want one!

After all, every car dealer in the world has loud ads on TeeVee and the Radio, touting how they are selling cars at "low low prices" and "below invoice!"  One local dealer has an inflatable monster with a big club to "smash prices" with!

But apparently, when he smashes the prices, the salesmen only have higher ones in stock to replace them with, as the "Monster" has some of the most obscene prices for clapped-out used cars that you can imagine.

If you live for more than a decade or so, you tend to start to realize that most of these things advertised so heavily are just outright bad bargains and lies.  And if you live for at least two decades, you pretty much figure out that they are all lies.

And yet, given that the audience for these ads are people over the age of 20, why do they keep advertising?

Well, the simple answer is, there are a lot of people who believe in free ponies.  Free ponies for everyone!  Wheee!

Yes, there are people who listen to, or watch an ad, from "Monster Motors" and actually think to themselves, "They have low prices, because their inflatable monster smashes the prices".

No really.  Adult people.  They really think this.

Or they drive off on a Sunday, with kids in tow, to go to "Smilin' Bill's New Car Dealership!" to buy a new station wagon, and come home, seven hours later, with an overwrought SUV that costs 50% more than they wanted to spend and gets half the gas mileage they were looking for.  But "Smilin' Bill" showed them how "affordable" it was, through leasing.

No really.  Adult people with children do this.  Adults well into their 30's.  I've seen them go into car dealers, buy cars without even researching make, model, price, terms - anything.  And car dealers thrive on this.

And cars are just one example.  Every day in the mail, I get a letter from the cable or satellite TeeVee company, promising me "free installation" and "six months free HBO!" and other "free" gimmicks, if only I would sign up!  Or credit card companies, promising me "0% interest on purchases!" but of course, only for the first three months.  And every day, Publix has a "Buy one, get one FREE!" gambit, as they assume I am naive enough not to understand the difference between "free" and "50% off suggested retail price".

Why do we, as human beings, fall for the "free pony" gambit?  I guess it is in our nature - we can't help it.  We see simple solutions to complex problems, and we go for them.  We see low-hanging fruit and we snatch at it.  And perhaps that is some sort of survival skill from our cave-man days.  A survival skill that now works against us.  Low-hanging fruit was truly free for our cave-man ancestors.  Today, we have to charge it on a credit card.

There is, however, one way to avoid the Free Pony trap.  And it is very simple and easy to apply.  If you see a Free Pony gambit - some offer or come-on or other deal that promises something-for-nothing - all you have to do is just suppress your emotional inner child (who is saying "Whee! Free Ponies!") and mark off that deal with mental police tape, stamped with "Warning!  Caution!  Rotten Deal!".

Many people in the last decade thought they were getting free ponies.  They bought houses they could not afford, using exotic financial instruments.  They took out home equity loans to buy luxury SUVs or worse yet, leased them.   They ran up credit card debt eating at chain restaurants and then paid it all off by refinancing their homes.  They took out student loans so they could afford take-out pizza and beer.  And then they looked down their noses at us "poor" people who were too stupid to get Free Ponies.

And of course, it all went horribly wrong.  The free pony was just bait, and they are as screwed as a large-mouth bass who has swallowed the hook.  The Free Pony turned out to be - surprise, surprise - anything but free.

And now, people cry for government assistance, mortgage reduction, and financial bailout, to pay for their free pony.  Because no one should destroy the dream of free ponies!  It is too beautiful a dream to let die, right?

But the long and short of it is this:  Most people are being forced to give up their free ponies.  And all of us, as taxpayers, consumers, and laid-off employees, are "paying" for those free ponies and will continue to pay for them for years to come.

But those of us who didn't go for the free pony ended up doing better than those that did.  It may seem like "everyone else" made out in that deal, but the truth is, if you live within your means, you generally come out ahead, in the long run.