Your Goal - Bring Down the Cost of Living 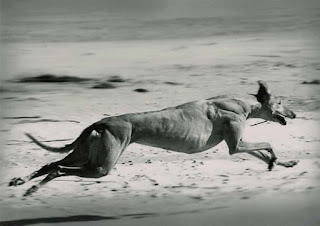 Thoughts I had tonight while walking the dog....
When I was young, I had a fairly low-paying job, and a fairly cheap place to live, and a secondhand car.  Then I got a better paying job, lived in a more expensive place, and of course, bought a nicer car.
As I made more money, I spent more, first on Cable TV, then on one of those new "car phones" (built-in to your car, no less!).
And so on and so on and so on.
It is funny, but when you are young, money in your pocket is money to spend, and getting a lot of neat shit seems like the end-all to life.
But, eventually we get older and realize that working forever ain't in the cards.  We wish we had more money in the bank to live off of, and less overhead to deal with.
Wouldn't it be nice to live with the overhead of a 20-year-old and the income of a 50-year-old?
Wouldn't it be nice to be able to say, "I don't work because I have to, but because I choose to!"
And yet, for most middle-class Americans, this is entirely possible, within their reach.  And it is a highly desirable thing to have - the most desirable thing to have - and yet few bother to even try for it.
Why is this?
Simple.  We become distracted by the now and by the media, which pushes the now.  Get a cell phone with a $100 a month family plan!  Everyone has one, and let's face it, you can't have your children as the only ones in Kindergarten without a cell phone!  It would be like sending your kid to school with no shoes!
And everyone has a TeeVee in every room - with 500 channels of cable, of course!  Why not?  They are so cheap these days, if you are willing to pepper-spray people in Wal-Mart to get one.
It struck me, tonight, as I was walking the dog, that what I had done for most of my life - and what most middle-class Americans do, is not try to live within their means and accumulate wealth, but rather live up to the limits of their income and then borrow more to live on that as well.  We expand our lifestyle to create apparent wealth based on transitory income, not real wealth.
A recent article in the Savannah newspaper describes the plight of a couple in Atlanta, who were each making $100,000 annually, as Real Estate Agents.  They saved none of it, spent all of it, and are now unemployed, broke, selling off their few possessions for pennies on the dollar, trying to sell an upside-down house in the suburbs of Atlanta, and wondering what the "F" they are going to do now.
It is easy to feel sorry for them - after all, the piece was written as a tear-jerker number about "how bad things are".
But, in reality, the Real Estate Boom of the 2000's was not a "normal" condition and today's economy an aberration.  Today is the norm, the bloated Real Estate prices and hyperactive market of the 2000's was the abomination.
And the couple interviewed failed to understand that it was so - they thought that they would make their current income for the rest of their life and thus could spend as though that were so.  After all, they wished it to be so, so that wish would come true.
But such is not the case - for anyone, really.  It is all too typical for people to be laid off these days, in their 50's, and see their income plummet.  And the tragedy is not that these folks lose their jobs (that is a predicable given, not an anomaly) but that the folks in question assumed, naively, that their job would go on forever at their given income.
They counted themselves as "rich" based on income, not real accumulated wealth.  And since they had a high income they assumed there was no need to accumulate real wealth.  Why bother when the income would provide a lifestyle - based on credit - of a wealthy person?
But all that changes, eventually, for all of us.  As I wind down the last 1/3 of my life, I realize that my career has a finite number of days left to it.  And thus my income will shrink, over time, and then one day, vanish.  And hopefully, when that time comes, I will have enough income from investments to pay my bills and support me in some level of comfort.
And for our 401(k) generation, this is the only option available to us - we do not have fat teacher's pensions to rely on, no Union pension to count on every month, rain or shine.  We are even told not to expect any Social Security!
So, many of us wonder how this will all play out - and many of us just have another drink and hope for the best.  Or we try to save now, so late in life (better than never at all!) to make up for lost time.
But we look back and think, "Gee, if only I could have put aside 5% or 10% of my income - that's not a lot to ask, is it?  And if I had, I could have retired at age 50, if I had to!  But I had to have that new electronic gadget instead!"
And it is advice lost on a younger generation, who sees having it all as far more important than having real money.
But the lesson is there, for anyone who cares to learn it.  If you can keep your cost of living low  - avoid the pitfalls and traps of our consumer society - you can become financially independent.  Nearly anyone can do it.
Or you can have new bling rims for your car.  Your choice.
Truly, consumerism is a form of voluntary slavery!
Newer Post Older Post Home