Went Out For a Ride and Never Came Back..... 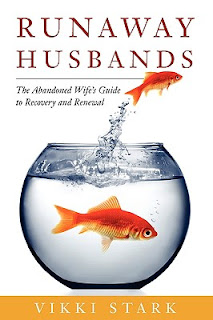 Got a wife and kids in Baltimore, Jack
I went out for a ride and I never went back  --Bruce Springsteen


Runaway husbands.  I first read about this in an article, many years back, in the Washington Post and thought it was such an odd thing.  People working government jobs, with a wife and kids in the suburbs, just disappear one day, only to be found, years later, working in the oil fields out west at some menial job.

However, it turns out that it is such a common phenomenon, it appears, that there is even a book about it, and even websites and discussion groups devoted to the topic.

Some men, approaching middle-age, may feel trapped by the obligations of family life and work.   And they may feel, and rightly so, that what they are doing with their lives, makes no sense whatsoever.

They work hard at a job all day long, only to be passed over for promotion.  They come home at night to children they hardly know and a wife who is a stranger.  It seems they work hard all day long, never get ahead, and when they get home, are presented with bills, problems, and expenses.  Everyone else is having fun in the family but them.

And so they become estranged from their children, who view them as an ATM machine, and a mean one at that.  Dad is no fun at all - he won't buy them a new car!  And he's always yelling about stupid things, like bills and stuff, and nagging us to turn the TeeVee off when no one is watching it.  What a drag!

Their finances are in a shambles, of course.  They are heavily in debt, and the monthly income seems always to be just enough to pay the bills.   But it never is enough.  The wife is already thinking about her "next car" and regaling friends at cocktail parties about how crappy the car they bought before was - nothing he can do, it seems, is good enough.   And the kids want all the latest toys, video games, and cell texting plans - not to mention clothes - that "all the other kids have".  And disturbingly, the kids seem to have no direction in life or any real plans on careers or jobs - if in fact they have not moved into the basement after college.

In short, this is no fun for Dad at all.  He works like a donkey and is being ridden all the way into the ground like a cheap mule, flogged to death by his own wife and children.

And in many cases, this goes on for years.  Or Dad decides that maybe he needs a little fun in life and starts an affair with his secretary - the guilt keeping him coming back to the family hearth again and again for more abuse.

But some husbands simply walk away.  They go out for cigarettes and never come back.  And a few years back, I read an article in the Washington Post about such husbands and what they did - and why.  And it is sad that "running away" seemed to them to be the only option in life.  But in some regards, it might have been.  Changing family habits might not be an option (where you are outvoted).  Trying to get your kids unhooked from the TeeVee and Text Messaging - good luck with that.   Or getting your wife off the "We have to have this!" bandwagon - forgetaboutit!  And divorce is too expensive.

So, they just leave - and start life somewhere else under a new name, or even under their old one.  Maybe they are never found.  And sometimes they are - working in a different field, perhaps under a different name - often making far less money, living more modestly and simply, and oftentimes more happy.

They simply wanted to unplug from the rat race in life - to get off the "we need more money" bandwagon - the continual buying of crap and more crap, spending more and more money for no apparent purpose other than to impress people they hardly know - or don't even know.

And they try to talk about it with their wives, but the wife will have none of it.  Her friend's husbands all make more money have have nicer things than they do!  When will it be her turn?  A husband is supposed to be a provider for the family!  He is falling down on the job!

This may be true, but a wife (in traditional roles) is not supposed to be just a spender of wealth.  And unfortunately, in this day and age, it is not atypical for many marriages to fall apart, as both spouses view the relationship as a race to the bottom - who can spend the most money on crap before it all goes bust.

And note that the roles are not necessarily gender-determined.  Wives run off from husbands, too - although perhaps this is less talked about.

Of course, many of the spouses feel (often rightfully so) abandoned and are angry.  And many are justifiably angry, too.  The husband runs off with a pretty girl, taking the family savings - that isn't fair.  But in other cases, the line between who's "right" and who's "wrong" is not so clear.  Lack of communication between spouses is the key - and a lack of common goals.

The materialistic lifestyle is very shallow and not a sustainable model for a relationship.  Most marriages break apart due to money concerns - but not because they are starving to death.  Rather, the money concerns are along the lines of "We are living paycheck to paycheck, and can barely pay the Cable TV bill!"

And these same folks would never consider "radical" ideas like, "Gee, maybe you don't need cable TV, a new smartphone, a leased car, and all that other crapola that is making you go bankrupt slowly?"

Naaaah!  That can't be it, because all their neighbors have that crap, and they are doing well and are happy.  Aren't they?  Right?

The book above, and the whiny, weepy websites by "victimized" women, talk a lot about what a screw-job they got when their husband walked off.  And in some cases, perhaps they did.  But in others, perhaps less so.  And I think a real key to "Recovery and Renewal" is to look at the lifestyle you had in your marriage, and why a spouse would want to walk away from that.

You see, people aren't just total assholes, most of the time.  Even decisions that seem illogical on their face, often have reasoning behind them - whether it is emotional reasoning or not.  Leasing a car is idiotic - but people do it because they want that shiny new car, emotionally.

A spouse who feels beaten down and not getting anything out of a relationship will be tempted to abandon it.  When a marriage becomes less about shared sacrifice and working toward common goals and more about "bringing home the bacon" then it is not surprising that people get divorced - or just walk away.

The book shown above was written by a woman who was "abandoned" by her husband.  She used the experience to write a book about it.  Unfortunately, it doesn't sound like it was a very introspective experience.  And in her case, she was not really "abandoned" by her husband so much as he just filed for divorce - which happens a lot in this country - in two out of three marriages, by last count.   As noted in this ABC news piece, it seems the book is more about blaming the husbands, rather than looking inwardly and examining what the marriage was really about.  The men are wrong, the women are right, and that's that.

But I think it is more complicated that that, in many cases.  If you want to keep your husband around, you have to want to keep him - and not keep his nuts in a jar on your nightstand.  Men are as emotionally complex - if not more so - than women, although they usually are not as up-front about expressing their emotions.

And perhaps that is the problem right there.  Trained from birth to "suck it up" and be stoic, many men internalize their inner rages.  They come home from work, wanting to talk to someone about their problems at work, or their feelings about life, and they are bombarded instead about how the kids are doing in school or that the toilet is backed up or some minor crises the wife is having.

So it is not that unusual that a husband will "suddenly" just walk off, as the author reports, casually mentioning during breakfast that he is leaving - or leaving a note on the counter.

I think a relationship is more than - should be more than - about great sex, a financial arrangement, a platform for child-rearing, or whatever.  It has to be a partnership and a shared plan.  And when it stops being that, well, it won't last long and it won't be happy.

There are many valid reasons to end a marriage - a spouse abuses drugs, or is violent, insane, or whatever.  However it seems, sadly, that many end today because of consumerism.  People watch TeeVee and then want all the things that "other people have" and then feel cheated when they don't get enough.

In the last two years, we have worked together to change our lifestyle, and it has been an interesting journey - one that has taken a lot of effort, and more than a few arguments and heated discussions.  But we have cut our spending to the bone and have worked out a plan - together - on how we want to spend the rest of our lives.

And perhaps that is the key right there.  One common denominator mentioned in the ABC news article was that the husbands just walked away, without argument or discussion.  Sometimes it is healthy to have a knock-down drag-out, as it at least shows that you are passionate about the relationship.  People who say, "Let's not discuss it" are not helping the matter, but just sweeping a ticking time bomb under the rug - with predictable results.
Newer Post Older Post Home