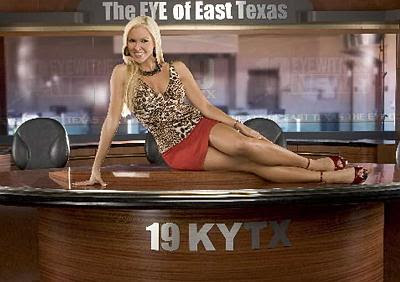 If you watch the TeeVee, you end up with a skewed view of life.
A lot of what people are talking about today has much to do with very little of what is going on.  For example, there is much ink spilled about "Occupy" protesters, as though this small minority of people represents some fundamental movement in our Society, or indeed, worldwide.

But if you scratch the surface, you see that most of these folks are the same unemployed hippies that have been hanging around for a long time - with little or nothing to do, other than smoke pot and attend raves.   And since the Grateful Dead are no longer touring and Lollapalooza isn't in town, well, a free pot-party in Wall Street seems like a good deal.

But TeeVee loves this, as it has "good visuals" - throngs of people, police confrontations, and sound bites from people named "Ketchup" about how rotten the system is.  Bad news sells, and if you can convince mainstream America that the world is about to end, you can get them to watch 15 minutes of SUV commercials.

But when you scratch the surface of this "movement" you see that it really is nothing.  There are no "demands" being made by the group, as it has no organization.  The very idea of having an organization is an anathema to them - as are demands.  Both symbolize the oppression of the while-male-dominated hierarchy of the old order, or something to that effect.

So without a goal, or leadership - or indeed any real grievances, other than they think they've been dealt a raw deal in life, where is this going?  It is not like these folks are going to set themselves on fire or anything - except perhaps by accident.  Their complaints, compared to the rest of the world, are pretty trivial.

It is not that they are starving, tortured, oppressed, or otherwise put-upon.  No, rather, their complaint is that someone else has it better than they do, and that ain't fair!  It is just the class-warfare argument, dressed up in old khaki and dungarees.

A year ago, the same media monocular focus was on the "Tea Party" - also a group of leaderless individuals whose "demands" were largely vague, unfocused, and contradictory.  They wanted tax cuts, but of course, most of the people in that demographic paid little, if any taxes.  And for the last decade, we had nothing but tax cuts, at least on the Federal level.  The crux of their "arguments" - if there were any, was that we had a Black President - not that they were racist of anything, of course.

But again, the media loved the story, as it had good visuals - people with signs, chanting and protesting, and people wearing tri-corner hats giving good sound bites.

But do either group represent more than a small minority of public opinion?  And why does the media focus on these fringe groups and amplify their voices?

Again, good television is a all about selling controversy.  Heat and light sell, reasoned analysis does not.  The great majority of people in this country are not patchouli-stink hippies in lower Manhattan, or uber-Patriots in Idaho.  But let's face it, us "middle of the road" people are pretty boring.  Where are the chants, the signs, the protests?  Where is the marching group of people shouting "Status Quo!  Status Quo!  Way to go!  Status Quo!"

There aren't any and never will be.  And this is why you should unplug from the 24/7 coverage of the media and not be a "news junkie" as much of what is reported is trivial and unimportant and is exaggerated all out of proportion.

If this is your source of data, you end up thinking trivial things are important and missing the big picture.  And this, of course, is exactly what the TeeVee wants you to do.  They want to keep you in a perpetual state of outrage, while at the same time not thinking carefully about your own life and actions.  After all, even a Wall Street protester needs a new iPhone, right?  And you need cheap gas to fuel up your monster SUV.

That is the message they sell, and the irony of it all is lost on most folks.  Just turn that shit off!
Newer Post Older Post Home