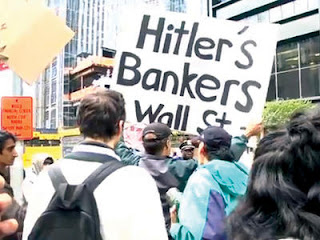 What are the kids today protesting about?  Why are their expectations so high?
Kids today are facing an interesting conundrum.  If you are 22 years old, right out of college, that means you were born in 1989 or so.  And your view of the world is far different than mine.

And, growing up in the boom times of the 1990's and 2000's, you might think that conditions today are an aberration and just awful!  After all, it was nothing but success and growth for the last two decades.  And when you were a teen, after-school jobs were yours for the picking.  If the boss looked at you sideways, you could quit.  There was always another job available at the mall.


But, it was not always thus. In fact, conditions today are more familiar to me than conditions of the last two decades.   And that might explain why I am a very conservative investor and why I made money on Real Estate in the last decade, while others lost their life's savings.  When I grew up, conditions were shit - and that is my baseline norm.

When I was 18, Jimmy Carter was President, there were hostages in Iran, the unemployment rate was 10%, inflation was at 10% and a simple mortgage could be as high as 14%.  We were losing a war in Vietnam, and the President had just resigned in Scandal.  The U.S. looked pretty grim.  Few of us kids had after-school jobs simply because there weren't any - what few jobs there were, were filled by men needing the work to support their families.

And I say "men" as women had not really entered the workforce in large numbers yet.  Yes, it is true.  If you factor that into the equation, the unemployment rate back then was easily 50%.

So, my expectations were low, and when things got better, I was nervous and suspicious.  After all, raised on adversity, I was not trusting of success.  When the economy got better, it was too-good-to-be-true, and I expected things to fall apart any minute.

And that is one reason I sold out of the Real Estate Market in 2005-2007.  I thought that for sure, things could not keep going on as they did - but they did, for another three years.

Kids today were raised on prosperity, much as our early 60's counterparts were.  And the idea of recession and unemployment are alien to them.  Their baseline is success - with everyone having a new car, a fancy house, and a high-paying job.  Anything less than that is a gyp!

So, it is understandable that they view unemployment with distaste.  After all, for most of their lives, getting a job - and keeping it - was not viewed as a big deal.  And with rising Real Estate values, everyone they knew - their parents and friend's parents - were all making money and swimming in wealth.

Of course, one could look at this as an educational experience and a chance to re-align your normative cues.  Prosperity is not a given, but a blessing.

And one can learn from the past rather than repeat it.

Gee, sounds familiar, don't it?  And just a short 15 years ago. I remember it like yesterday.  But few people today do - instead, they hype up the price of Groupon and talk up money-losing Facebook as if they were the next big thing.

You can learn from the past - and from your elders.   My parents, growing up in the depression, certainly took away a lesson from that era.  And they hammered into our heads the lessons of economic downturns - never take anything for granted, diversify your portfolio, don't go into debt, put aside money for a rainy day, and never take a job for granted!

But their kids grew up in the 1960's, when everything was go-go-go and the economy was expanding - and gas was 25 cents a gallon.  They had it all and expected it all.  And of course, their parents and their parent's friends shook their heads and said, "Kids these days.  Go Figure!"