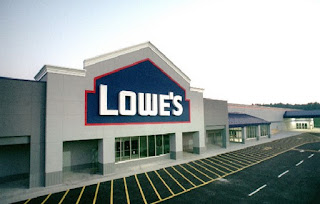 Home Improvement is a huge industry and has spawned a number of television shows, including even a sit com of the same name.
In Real Estate, the three biggest factors are Location, Location, and Location.  While that may sound like a pat "one size fits all" kind of rule, it is invariably true.  In any given neighborhood, the most expensive house on the street and the lowest priced house on the street are never very far in off in price.  And chances are, the most expensive house has a better lot (location) than the cheapest one.

But regardless, the underlying value of the home is not based on the amenities inside it, or indeed, even outside.  Yes, a gourmet kitchen, a showplace bathroom, and a "man cave" garage may add some value to a home, but often far less than the cost of adding such items to the home.

Basically, for every dollar spent "improving" a home, you might get back 50 cents, if you are lucky.  So think long and hard before throwing money at a house.

Home improvement stores, of course, sell you on the idea of "upgrading" your home by adding stuff to it.  But in most cases, these additions will do little than to run up your credit card debt.

Even small things, like installing cabinets in your laundry room, or closet organizers, can, cumulatively, add up to a lot of money over time.  $100 here and $100 there, and pretty soon, you've spend thousands of dollars trying to make your home "more convenient" when in fact, you have just created cubbies to accumulate junk.

We went through this at one house.  I was always frustrated with my garage, which as a nightmare of tools, boxes, junk and "stuff" that accumulates in garages, to the point where you can barely fit the cars in.  Some people give up and put the cars outside, until the garage looks like a storage locker.  So I installed cabinets, the cheap kind from Home Depot, all around the wall.  Now I had a place to put all my tools and stuff, where I would not lose them!

Problem was, I ended up losing things, anyway.  Once I had a cabinet for car cleaning products, it started to fill up in short order.   Before I knew it, I had jars and cans and bottles of waxes and cleaners, not to mention rags and sponges and all sorts of cleaning gear.  And often, I would forget what was in that cabinet (out of sight, out of mind!) and just go out and buy more.  Rather than eliminate clutter, it just allowed me to accumulate more.  And that dried-up can of bumper polish was "too good" to throw out, of course.

Closet organizers work the same way - they don't organize your closet and eliminate clutter.  Throwing out clothes you no longer wear (or donating them to charity) is the sure way to eliminate clutter in your closet.  Adding another clothes bar just allows you to say, "Well, I'll keep that shirt, even though it is faded and has a tear in it, I might use it when I paint the house!"

Over the years, we have spent literally tens of thousands of dollars at Home Depot and Lowes.  In fact, I think I can say, without hesitation, that we've spent well over $100,000 just in small purchases at home improvement stores over the last two decades.  This is a lot of money, to be sure.

The real home improvement trap doesn't necessarily involve spending thousands of dollars at a time on a basement remodeling or a bathroom overhaul.  Rather, it is the slow bleeding to death that occurs when we spend, over a period of decades, a little here and a little there, which cumulatively adds up to tens of thousands of dollars.

How do you avoid the home improvement trap?  Just don't go.  If your garage, closet, or kitchen is cluttered or disorganized, adding more cabinets and organizers isn't the answer - getting rid of stuff is.  Having 5 whisks isn't handy, it is just clutter.  Keep one or two and sell the rest at a garage sale.  Having 30 pairs of shoes is nonsense, particularly when some are worn out or rarely worn.

Spending $200 to buy a cabinet to house your $30 worth of used shoes makes no sense at all.   And yet, we all do it, to some extent.  It sounds like a good idea - wouldn't it be convenient to have a shelf to put all those shoes on?

We are going through this right now - thinking about "organizing" our garage so that inexpensive beach gear will have a place to reside.  But again, is it worth spending $200 on cabinets for $39 of beach chairs?