A Tenuous Grip on Reality 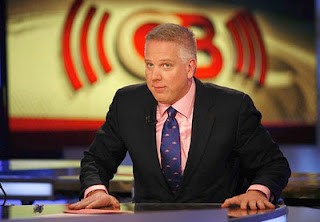 Today, more than ever, it seems most folks have a tenuous grip on reality


People's perception of reality is often tenuous at best - altered by television, a desire to remain young, denial of death, or the constant noise of modern life that is used in an attempt to drown out the silence.  Men buy a hairpiece, convinced it makes them look younger.   Others will go to the gym to sculpt their abs or have surgery to keep looking young (or so they think).  People buy fancy cars and luxury goods, convinced it makes them a better or more important person.   It is an odd perception of reality, but one fed by the media - who represents the advertisers who profits from these pursuits.

Politics and Economics today are closely tied together - and people with polar opposite views on economic matters each believe they are right about how best to proceed.  But both sides can't be right in these debates.  A column of numbers can only add up one way.

But today it seems that reality is, more than ever, what you want to make of it.   You can create your own norms, and they can conflict with reality dramatically, so long as they are continually buttressed by normative social cues beaten into your head by the media.   You can suspend disbelief for longer and longer periods of time today - perhaps a lifetime.

Not five years ago, it was a normative social cue that you should buy a house anyway you possibly could.  You would get a funny-money loan with onerous terms, because "That's what people are doing these days" and "this will get you qualified".  Only five years later, we look back in horror and say, "Gee, what the F were we thinking?"

And humanity has a pretty good track record of this, it seems.  We get snookered into all sorts of raw deals by denying reality for a time, and then getting screwed when reality kicks back.

And kick back it does.  Like a rubber band, when you bend reality, it will "snap back" at you, once you lose your grip.  And the further you distort reality, the harder the blow back will be.

In 1989, we lost touch of reality with regard to housing prices, which shot up nearly 20-30% a year for three years.  The snap-back was bad.  In 2009, we jacked prices on houses for several years in a row - and the snap-back was devastating.  The further you pull on that rubber band, the harder it will smack you on the return.

How do you avoid this problem?  After all, there are so many versions of reality being sold on the TeeVee these days - and each is conflicting with the other.  Who is right?  Keith Olbermann or Glenn Beck?

And of course the answer is: Neither.  One sure way to figure out what is "real" and what is not, is to look at how people promote their perception of reality.  The flashier and louder it is, the more likely it is false.  Casinos and Japanese Pachinko Parlors are examples of this concept.  Lots of chrome and shiny brass, flashing lights, loud sounds, and bright colors - all to distract you from the basic premise.  And the basic premise is this:  Give us a dollar, and we will give you back 90 cents.  Over time, if you keep giving us dollars, you will go broke.  That is the reality of gambling, in a nutshell.

Bars are not too dissimilar.  Ever take time to notice the decor in a bar - particularly the very ornate bar signs provided by the beer distributors?  Some of them are mesmerizing.  The idea is to sell you on the idea that sitting in a dank bar and drinking up your paycheck is actually fun.  Distraction, deception, alteration of reality.

Or take the TeeVee Nooze.  Today, everything on Fox News, including the weather is a "Fox News Alert!" which sounds like a major event (e.g., World War Three) but in fact is something as trivial as a lost dog.  The news is sensationalized, and rotating animated logos with little "woosh" sounds race around the screen, accompanied by two or even three scrolling texts or captions.

This is not reality.

And I am not picking on Fox in particular (although they are the worst offenders).  CNN and MSNBC and even the networks do the same stupid stuff.  Distraction and deception - and distortion.

And reality can be altered by altering the message - using buzzwords and words with high emotional indexes.  They try to hook you by taking a complex concept and reducing it to a catchphrase.  And if you fall for that, well, you have no one but yourself to blame.

The good news about all of this is that you stand to profit, wildly, if you can even discern a glimmer of reality through the fog of all this deception and chicanery.  If you saw the housing bubble for what it was, chances are you came out OK or made a lot of money (I did).  If you were a raging true believer in the altered reality, well, that rubber band snapped back, big time.

And one way to do this is to unplug from the media.  Many folks watch hours of television a day - the average is 4.6 or so.  This means that many are watching 6 or 8.  It is hypnotizing and a compulsive-addictive behavior.  And since it presents a very skewed version of "reality", it ends up programming your brain with some very bad ideas.  Unplugging from the cable is an essential first step toward financial freedom.  And no, you can't watch "just a little" TeeVee, just like you can't have "just a little" chocolate cake, if you are on a diet.  Once you flop down on the couch, grab that remote, and tune in, they have you.

Creating your own normative cues is the key.  Re-train your brain!  Read, think, analyze, reason.  Once you start doing so, you quickly come to the conclusion that what society is selling you is a load of horse-hockey and for the most part, a bundle of wishful thinking.  What they want you to do are things contrary to your own best interests - because they make a lot of money this way.

Reality is what it is.  Philosophers and metaphysical bullshit aside, you cannot perceive a false reality into a true one, simply by arguing it so.  And while two people may perceive the same reality in different ways, this does not create two realities, only two perceptions.

A man jumps off the Empire State Building.  For about a minute, he convinces himself he is flying and that everything is just fine.  But reality, in the form of a rapidly approaching concrete sidewalk, rushing up to meet him, will soon disabuse him of that notion.  Being able to properly perceive that, is the key.
Newer Post Older Post Home