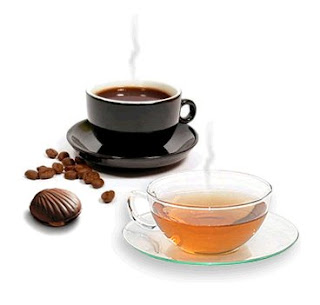 Which is a better value, Coffee or Tea?


The other day, we ran out of coffee, so we had tea instead.  When we finally went to the grocery store, we decided to get tea instead of coffee, and see how that worked out.  So far, so good.   Tea is a lot easier to make, a lot easier to carry with you (all you need is hot water - no machines or devices necessary) and a lot easier to clean up.  There is nothing worse that old, soggy wet coffee filters filled with old grounds -which seem to spill out everywhere.   Granted, old tea bags are no treat, either.  But at least you can dispose of them fairly easily and they are sealed.

But this got me to thinking.   Is there a price difference between coffee and tea?  And do we spend a lot on coffee as it is?   Because, let's face it, here at Living Stingy, we'd drink rat poison if it were cheaper (it ain't, I checked, and that whole hospitalization/death things adds considerably to the cost).

But doing a flat-out price comparison is anything but easy.  Coffee comes in a number of varieties, from the el-cheapo pre-ground jumbo cans, to the oh-so-precious designer 12-ouce bags of roasted beans.  And similarly, tea runs everywhere from store-brand bags to fancy designer label chi herb teas which come in their own collector tins.

But I managed to get some numbers and give my calculator a workout, and, for the most part, tea wins.

Of course, the first price comparision is to nothing at all.  Tap water is nearly free, of course.  But people have been consuming hot beverages for eons.  Hot liquids, it seems, satisfy some urge for us.  They clear up congestion in the throat and sinuses and make one feel better.   Some older folks, particularly spindly women, like to drink plain hot water, even.

But for many folks, hot water alone ain't gonna cut it.   They need that cup of something in the morning to get them going.

Coffee and Tea, of course, have caffeine, which is a stimulant, and some folks claim that in moderate amounts, not only is it not harmful, but may have health benefits.   I'll not go into that here.  As I said, we're interested in price per serving.  Let the others sort out the health claims.

Note that Tea has about half the caffeine of coffee.  One would assume, that, switching from coffee to tea, one would crave more tea to compensate for the difference - or go through caffeine withdrawal (headaches, etc.)  But this does not seem to be the case.  In fact, we are consuming less tea than we did coffee.

A 12-oz. (340 g) bag of Starbucks at the local Winn-Dixie sells for $10.99 on sale and, according to the instructions, you should use 10g of coffee for every 6-ounce serving.   Now, right off the bat, we see they are pulling a fast one on us.  Who drinks a six-ounce cup of coffee?  Even Starbuck's off-the-menu "short" coffee size is 8 ounces.  6 ounces?  Give me a break!

But, as we shall see, this appears to be an industry "serving size" in the coffee business, so Starbucks is not alone in this sort of chicanery.  And of course, no American will drink just an eight-ounce cup anymore, most of us scarf down 12-16 ounce mugs of the stuff, usually 2-3 at a time.

The package claims that one should use 10 grams of coffee for every 6 ounces.  Since we are not from planet Bizarro, we will normalize this to an 8 ounce good-old-American cup 'o Joe - yielding 13.333 grams per 8 ounce serving.

We generally prefer to use the two-pound (906 grams) bag of Berkley & Jensen coffee from BJ's wholesale, which is $14.99 per bag.    This bag should yield 68 cups of coffee at about 22 cents per cup for the Wholesale Club Coffee, about half the cost of Starbucks.

At the bottom of the barrel are the Maxwell House type coffees, sold in large cans.  At the Winn Dixie, a large 978 gram can (over two pounds) sells for $8.99.  The Winn-Dixie Store brand was, ironically, the same price.  The can boasts that it can "make up to 270 6-ounce cups!" and once again, we see this industry standard of 6 ounce cups being used, which is a joke.

Using the same 13.33333 number above, however, we get a pretty thrifty 12.25 cents per cup for Maxwell House, which is a quarter of the French Roast from BJ's Wholesale.

I did not examine other brands or instant coffees.  Suffice it to say, about 10 cents a cup is about the cheapest you'd see for coffee, and that is not very good quality coffee.   From there, the prices are all over the board.  We used to mail-order Baby's Key West Coffee (and I highly recommend it) at $11.99 for Wrecker's Roast (for example) which I believe also comes in a 12-ounce bag, and thus is price-competitive with Starbucks.

And of course, you can go to Starbucks and drop five bucks on a "coffee drink" or a "chai tea" - both of which are essentially milkshakes with a scoop of whipped cream on top, covered with candy, caramel, and sprinkles.   But that ain't coffee, is it?

Are there savings in tea?  It all depends.

Tea is even more all over the map than Coffee.  A designer brand of taoist tea, with a little fortune on each teabag string, costs $8.99 for 14 bags, or about 64 cents a bag.  Of course, is that a serving or not?  According to the box nutrition label, the tea people at least count "one serving" as eight ounces of liquid, with no nonsense about 6-ounce servings.   But since they are selling tea bags, I guess they have no incentive to lie about serving size.

But, let's face it, we generally put one tea bag in a 12-ounce mug, and perhaps re-fill it with water and let it steep more.  But to be fair, we will assume one bag = one eight-ounce cup of tea for comparison, or, in other words, one bag = one serving.

Trader Joe's has similar pricing on its teas, at 10-15 cents a bag for their potent "Irish Breakfast Tea."

Winn-Dixie Store Brand caffeinated tea sells for $1.99 and has 48 bags, or about four cents a bag.

Dollar Tree has tea at about 2 cents a bag, which is pretty cheap.  But they are small bags.

Hard to believe the British enslaved two of the largest countries in the world over this - at two cents a bag.

But on the other hand, the most expensive teas are easily double the cost of even the priciest coffees.  Some teas, such as blooming flower teas, are even entertainment in themselves.  You place a dried flower head in a cup of hot water and watch it transform into a beautiful underwater flower blossom.    Sort of like those foam dinosaurs we had as a kid.

And this is an interesting observation.  People who want cheap tea, want it cheaper than the cheapest coffee - by more than half.   But for esoteric tea drinkers, the sky is the limit, and often packaging and presentation trump content.  And historically, perhaps this has always been so, going back to the elaborate Japanese Tea Ceremonies from centuries ago.

Coffee, on the other hand, seems to have a ceiling on its price, of about $15 a pound, at today's prices, for roasted beans.  You may find some esoteric blends higher at some gourmet stores, but there is definitely an upper price limit on coffee in most stores (This is taking aside, the Asian Cat Shit Coffee, which is, well, disgusting).

That is a pretty considerable savings, when you think about it - nearly $40 a month.

I think I just became a tea-drinker!

NOTE:  $450 a year does not sound like a lot of money to most folks.  But ironically, if you asked them to raise the deductible on their insurance policy by that amount, they would balk.  People's perceptions of money are skewed.

$450 works out to 4.5% of that disposable income, which is a considerable chunk.   Find that sort of savings in your life, say, 20 times, and you can double your discretionary spending.  Or fund that 401(k) you've been putting off.

$450 invested every year over a working lifetime, would add about $30,000 to your 401(k) at retirement, even at moderate interest rates.