Buying Back Stock And Jumping the Shark 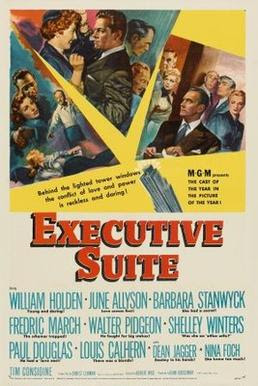 When running a company, do you use profits to invest in the future, or just to cash in for today?  Stock buybacks are often the sign of a company struggling, not succeeding.

In an earlier posting, I noted that buying back your own stock is not always a great deal.  In theory, when you buy back the company's stock, you increase the value of the remaining shares, so each shareholder has an increased value in their stock.   From a tax perspective, this is great, as the shareholder then pays tax on capital gains (15%, the Mitt Romney rate) rather than 35% (the upper-middle-class schmuck rate).

But it doesn't always work out that way.  Why?  Well, share prices are determined by market values, and market values are not rational all the time, and the value of a company can be affected by things other than number of shares outstanding.  So you buy back shares, the value of the company may plummet, if there is an announcement of a competitor's product hitting the market, or a recall of your own product, or a drop in earnings - or whatever.  There is no direct linking of a share buy-back to a share price increase.

The second problem is, of course, when the company has the cash laying around to buy back shares, then it is likely at a high share price.  So while the company is buying back itself (like a snake eating its own tail) it ends up paying the highest possible price to do so.  In short, it is not getting very good value for its money, particularly if the share price goes down, instead of up, which it could, if earnings drop, for example.

The third problem is, of course, that the motivation to buy-back shares may be self-serving.   As was reported in the Apple share buy-back, the principle reason stated by management for the buy-back was to prevent "dilution" of the stock (a code-word for share price drop) when huge stock options are offered to employees later this year.   So, in other words, the people getting the stock options have decided that it is a very good idea to use the company's resources to prop up the share price.   And this is no secret -  it was the stated reason given by management.   Few bother to read.

And manipulation of stock prices, until fairly recently, was the name of the game.  Until recently, companies could announce share buybacks and then not actually carry them out.  The idea being, that an announced share buyback would spike the stock price, so insiders could cash out.

And since new SEC rules have been enacted, some studies suggest that share buybacks are indeed timed to help insiders cash out.   And yet, when companies announce these, as Apple recently did, analysts applaud.  If you robbed a bank, you go to jail.   You rob a company, you get accolades.

A fourth problem is that some companies buy back stock even when they don't have the money or are not very profitable.   Often, these are naked attempts to shore up share price with the few remaining dollars left in the till.  It's called market manipulation, and yes, in other scenarios, it would be illegal.

A fifth problem is sometimes companies actually borrow money to do this.   Microsoft announced a share buyback in 2010, using money from a bond issue.   In short, they were turning equity shares in the company into debt shares.  And sometimes it is better to be a bondholder than a shareholder.

Of course, maybe this makes sense for Microsoft, as it can borrow money at all time low prices.  But then again, with a dividend yield of 2.51%, wouldn't it be paying more for interest on debt than it pays on stocks?  A complex question, as the money yielded from stock sales is often far less than the current sales price, so in effect, by paying a dividend, Microsoft may be paying huge amounts, in terms of percentage rate-of-return, to original shareholders.   Debt could be cheaper.   But of course, debt has to be paid back - a 10-year bond is due in 10 years, as the owners of the Mohegan Sun Casino found out.   And if you don't have the cash?  Well, it gets messy.

A sixth problem is, again, the insider problem.   In addition to stock options, many executives are paid hefty bonuses on earnings-per-share.   So, if you are an executive and earnings are down, what do you do?  Yea, decrease the number of shares outstanding.  Hello bonus!   Pretty clever thinking, no?  These are guys who didn't sleep though math class or thought fractions are hard.   Numerator, and Denominator.  Pretty slick!

Finding historical data on stock buy-backs is hard to do, as they are not indexed anywhere I can find.   Until 2004, the SEC had few rules on reporting of buy-backs.   Some folks tout buyback stocks online - of course, wanting you to subscribe to their investment letter.  This company, for example, touts statistics that companies that buyback their stocks tend to outperform companies that don't - or companies that issue more stock.  (Note, this is not an endorsement.  I do not subscribe to 'schemes' like buying only buyback company stocks).

Others are not so sure.   As noted in this NYT article:

Obviously, they are not touting an investment letter about buying stocks in buyback companies.

But that does bring up the flip side of company buybacks - the selling of "seasoned" additional stock.   Many companies can issue more stock, whenever they want to, effectively diluting your share of the company.  And this is what Apple is trying to prevent, as it grants share options to employees - it wants to keep those options valuable by preventing dilution.

But companies that buy back stock one year, often end up issuing more in other years - as they need money to expand or stay in business.  A stock buy-back is no guarantee of long-term performance.

Here are some companies that have done buy-backs, and the results:

Berkshire Hathaway -  Last year was a crummy year for Berkshire Hathaway - Warren Buffet's company that can do no wrong.  Actually, if you look a the history of the company, Buffet has done poorly in the past, but when he succeeds, he does very well.  But 2011 was not one of those years.  While the S&P 500 broke even for 2011, Berkshire dropped by about 4.7% (4.8% if you bought class B "little guy" shares).

Apple -  Until a few years ago, Apple was a dog of a stock.  With a P/E ratio of 40 or more, it was not a very good bargain, even at $100 a share - which many thought (rightfully at the time) was a massive over-valuation of the company.  In retrospect, it was a considerable bargain at the time - if you could have used your crystal ball to see the future.  But crystal balls don't exist, and are a lousy way to invest.

Today, at $600 a share, the P/E ratio is far lower, and for the first time in two decades, they are paying dividends again - and talking about buying back stock.  The have the cash, so why not?  And as I noted, they have to keep the share price up, if the insiders want to cash in.

But to keep this game going, they have to keep making profits at current levels - selling products and introducing new products.  If the wild profit margins on its products slip, say due to competition in the marketplace, what happens then?  Do you think they can make monopoly profits forever?

That is the call you are making when you buy Apple.  Perhaps a better use of that money might be in expanding the company or buying other companies - thus increasing the share value proportionally.  By making the company larger, the company is more valuable and profitable.  Buying back shares only serves to keep the company the same size, with fewer shareholders.

Pfizer -  Pfizer has been laying off employees and cutting back on expenses - and at the same time, buying back its stock - nine Billion dollars in 2011 alone.  Has this helped the stock price?   A little, bringing it up from maybe $20 a share to nearly $22 a share.   Unfortunately, I bought it at $27 a share before the recession hit, and it has not bounced back to its former glory.  It remains to be seen if a share buyback can do that.

In the pharmaceutical industry, it is grow-or-die, and buying back shares is a risky option, when you need to have new products in the pipeline all the time.  And the cost of developing new drugs is staggering.  As a shareholder, a buyback is nice, but I would prefer to see a new wonder-drug come out of their laboratories instead.  That would bring up the share price faster than a share buy-back.

Zimmer - this is a classic case of using a buyback to rationalize your bonus.   Zimmer has been closing plants and downsizing, and profits are down.  But by buying back $500 Million worth of shares, profit-per-share has increased, and the executive's bonuses are intact.  Who makes the decision to buy back stock?  The executives who get the bonuses!

From the NYT article:

That helped its senior management, including the chief executive, David C. Dvorak, collect millions in cash and stock incentive payments by meeting earnings-per-share goals. For example, 50 percent of Mr. Dvorak’s $1.03 million cash bonus was tied to achieving per-share earnings of $4.28 in 2010. The company earned $4.33, but without the share repurchases the company would have made $4 to $4.10 a share.

Investors have not rewarded the strategy, however: Zimmer’s shares have dropped 32 percent in the last five years....

Zimmer is running out of money, but still buying back its stock, to the tune of a Billion dollars.  So, the head management will make more money in bonuses, even as the company burns through its cash reserves and takes on more and more debt.  Sounds like a swell stock buy, right?

* * *
This is not to say that all stock buy-backs are a bad thing.  But often, the reasons for doing them are anything but legitimate.  They favor insiders more than shareholders, and far from being a sign of a company's financial strength, they are often a sign of weak management that has run out of ideas, or worse, corrupt management that has reduced itself to manipulating stock prices in order to protect its own perks - for the time being.

In a way, share buy-backs are like the difference between how Democrats and Republicans see the world.  Democrats see the pie, and try to figure out how to divide it up more fairly.   Republicans would rather make a bigger pie, so everyone gets a larger slice.

Buying back shares makes a smaller pie.   Your individual slice may be bigger, in proportion, but the overall pie is not larger, and in fact, often smaller.  The money spend buying back pie is money that could be spend expanding the company, creating new products, investing for the future, or just banking for hard times ahead.

Companies that invest in the future expand and thrive.  Companies that hunker down and try to increase profits per share while not re-investing in the business, tend to wither and die.
Newer Post Older Post Home