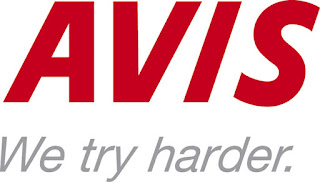 What does it mean when a stock does really well for you?


As I noted before, the Casino Mentality pervades our investment community, and average citizens are exhorted to join in on the fun - promised untold riches, if only  they would gamble.

It is a bad idea.

It is not that you will never win, only that you will win often enough to think you might actually get good at this - and when that happens,  you will likely lose it all.

For example, as I noted before, during the dip of 2009, I had a martini one evening and heard that Avis was trading below a dollar a share and some thought it was going to go out of business.

Now, take this simple test.  From the above story, what do you take away?  Pick one or more of the following:

1.  It is a good idea to get drunk before you invest.

3.  You should ignore your investments for months at a time.

4.  You can get really rich in stocks if you pick the right ones.

5.  Once in a while you get lucky - just lucky enough to keep you playing the game.

The correct answer, of course, is (5).  Investing while intoxicated is a bad idea.  AVIS was a good buy in 2009, but there was no way of knowing that at the time, without a time machine.  And today, it is not necessarily a great buy - the major gains have already occurred.  It would be like buying Apple today, after it has shot up in value.   Not monitoring your investments too much is a good idea.  Neglecting them for months on end - probably less of a good idea.  Stocks will never make you rich, unless you are willing to gamble it all on a few long-shots and hope you get lucky.   You likely won't.

No, the real answer is, once in a while you get lucky, and this keeps you in the game.  But, like in poker, often this is a poor normative cue as you win just enough to get you to gamble more, and you keep throwing good money after bad, hoping to achieve that great rush of winning it big.

Winning it big can be a bad thing, sometimes, as it just encourages you to gamble more.