Hey, How's that IPO working out? 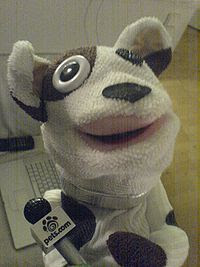 If you remember this sock puppet - whose face was once everywhere on television - you know why IPOs are as bad a deal as a payday loan!


IPOs, as I have noted before, are done for one thing, and one thing only - to make the founders of the company obscenely rich by selling off a pittance of the company to foolish retail investors (e.g., You and Me) who read all about them in the paper and confuse good publicity with a good business model.

The media is hyping the Facebook IPO, because it is an event, and the media likes events, not long-term trends, or heaven forbid, follow-up stories.

So, before the Facebook IPO comes out, let's look back at some famous IPOs of recent and not-so-recent past, and see how they panned out.  As you can see, most are a mixed bag - and some have just yet to tank - being of recent vintage.

Bear in mind that the IPO price for a stock is not the price that is available to YOU, the small investor.  Rather, these are the share prices offered to institutional investors and insiders, who immediately (sometimes within seconds) sell the stock to you, sometimes for double the price.

1.  ZipCar, zoomed from the insider price of $18 a share to the retail price of nearly $32 a share.  Today, it languishes at $14.38.  No dividends, A P/E ratio of "--" and a trailing Earnings Per Share of -0.19.  In other words, if you "invested" in this turd stock, you would have lost more than half your money in a company that is still losing money and appears poised to lose a lot more.  Some bargain.

I wrote about this stock before - twice.  And analysts all wrote about the same thing - that the business model made no sense, and that for the stock price to make any sense, the company would have to expand rapidly - yet at the time of the IPO it was shuttering outlets.

Maybe ZipCar can make a go of its business model, and maybe the stock will be worth something some day (really?  Why?  It pays no dividends and represents a tiny share of the company).  But the bottom line is, it is highly doubtful that it will hit $32 a share again in the next decade, if indeed in our lifetimes.

2. Zynga is a fairly new IPO, and if you were able to buy it at the offer price of  $10 a share, you'd be doing good now, at $13.75.   But then again, since the overall market has gone up by about 11% since December, you'd be good buying any stock around then.  And if you sold it back in January, you might only have gotten $8 a share.  Ouch.

Again, the dividends are nonexistent, the P/E ratio is a divide-by-zero error, and the trailing earnings per share is -0.57.   You have to hope that virtual cows take off again soon - or that their new, Non-Facebook platform is a big hit.

Gaming companies are risky bets, as they are tech companies, but also that their games are the subject of fashion trends.   Quirky games become wildly popular and then vanish overnight.  Game maker OMGPOP labored in obscurity for eight years before scoring a hit with "draw something" - they could find themselves back in obscurity just as fast.

Not sure the plebes have figured this one out yet - that their class-A shares have no voting power and represent about 10% of the company.  And I suspect that one reason the shares have taken off since their January nadir is the Facebook IPO halo effect.

This news item should give you pause:

This news item illustrates what I am talking about - selling stock in an IPO creates a mechanism wherein the insiders can "cash out" by selling their shares.  And apparently the people who work there think that having cash is a better idea than having Zynga stock.  I suggest you listen to them!

3.  Linked-In was supposed to be the Social Media Success Story - but the jury appears to be out on it so far.   The stock price has peaked and plummeted in the few months since it went public. While it was offered at $45 a share, on opening day, it rocketed to over $90 a share and has spiked as far as $110, and then valley-ed to as low as $60, before bouncing back to $100.  Hang on to your hats!  You're in for a bumpy ride!

Linked in was supposed to be the success story as it has actually has earnings - 11 cents a share.  But at $100 a share, this means a staggering P/E ratio of 851 - fantastically high, even by Internet standards. (This means, at current earnings levels, you'd have to wait 851 years to make your money back).  At current earnings levels, a more appropriate share price might be on the order of $8 to $10 a share.

To bring this P/E back to planet Earth, Linked-In will have to either increase profitability significantly (like by a factor of 10-20) or expand rapidly.  I doubt either will happen.   Why?  Because this website (and remember, these "dot coms" are just websites) has been around for at least five years or more.  If it ain't grown yet, it ain't going to.

The upside is that they appear to be taking a bite out of Monster.com in terms of job postings.  Can this grow the company to the point where the P/E ratio is below 100?  An 8x grown in earnings?  Sounds kind of far-fetched to me.

Why is the stock price of Linked-In going back up again?   I would call it Facebook Foreplay.  People got tired of waiting for the Facebook IPO and decided to screw her ugly sister instead.

Groupon was a fad - and an idiotic one at that.  And as a business model, it was entirely un-protectable as well.  As a result, a hoard of "me too" companies have jumped in, diluting the profitability, the brand awareness, and generally flooding the field until the profits - if there are any - are marginal at best.

If you bought this IPO you lost nearly half your money so far, and are ready to lose the other half.  Hey, maybe they will offer a Groupon for their stock!

Of course who could have foreseen her arrest?  Shit happens as they say.   But on the other hand, I think anyone can foresee that a media "empire" based on one lady making cookies can't be worth all that much.   And when that one lady gets old and decrepit, well, what happens then?

Like with Groupon, there are no barriers to entry in this market.   Anyone can show you how to make snowflake ornaments with a glue gun - and a legion of Martha wanna-bes did just that, with their own TeeVee shows and magazines and YouTube channels.

This stock will not likely recover, ever, in my lifetime, as far as I can see.

5.   Pets.Com  At the height of the dot-com mania, a company called Pets.com was started, did an IPO and went bankrupt - all the same year!  They hemorrhaged cash from the get-go, selling products for below cost and then blowing more money on a saturation ad campaign.

But, at the time, the "dot com" era was the "next big thing" and many little people invested in these speculative stocks - and lost it all.

Again, what is the market model that cannot be copied?

* * *
The conclusion I reach is this:  IPOs, particularly with regard to Internet, Media, and Technology stocks, are very, very risky bets.  There is going to be a lot of hoopla over Facebook, and the stock price will no doubt jump up initially, leading some short-attention-span folks to say "told you so!"

But investing is not a matter of looking at short-term gains and losses, but the long haul.  And in many cases, these IPOs, in the long haul, are real losers for their initial investors.

Why?  Because you can't have negative earnings forever without going out of business.   And P/E ratios of over 800 cannot be sustained for very long, before people wise up.

Much of the inflation of these stock prices is due to small, unsophisticated investors getting into the market - investors who never look at earnings (or losses) or P/E ratios or any other metrics.   They listen to the shouting guy and look at stock prices - as if something could be derived from the price of the stock itself.

When the little people get in - you should get out.   This is how I avoided the Real Estate Bubble of 2009.

You are not "missing out" by not buying an IPO.  You are far more likely to lose money than gain, I believe.  I think a better approach, rather than hoping to "strike it rich" in the stock market, is to look for long-term growth and income companies.  It may not be sexy or hyped, but it is probably a safer bet.

UPDATE 2017:  What happened to these IPOs?ZIPCAR - bought by AVIS in the end. If you bought at the low end, you might have made money. People who bought high, lost a lot more.ZYNGA- people play farmville anymore?LINKED-IN - bought by Microsoft. Again, if you paid top dollar, you lost your shirt. A few who snagged cheap got their money back, and not much else.GROUPON - basically toast. The CEO was fired/quit and wrote a "ha-ha, I'm rich!" resignation letter.MARTHA STEWART - still around, but of course, her stock will never see $18 a share, ever.Facebook is doing OK, popular but not wildly profitable. But so long as it is profitable, it will stick around.

Their largest source of revenue - selling your personal information - may be attenuated as many countries, particularly in Europe, are reining in what Facebook can do, due to privacy concerns.

The good news is, their P/E ratio is a more rational 27 (still a tiny bit high) but of course, they pay no dividends.

Did we "miss out" by not buying Facebook at the IPO?  No, because a lot of stocks have also gone up in the near decade since this IPO. And the risk of buying IPOs just because one was a winner doesn't offset the majority of losers.