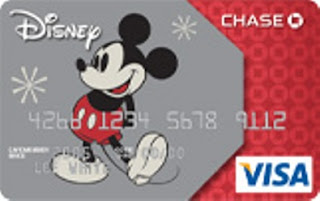 These sort of 'rewards' cards are a raw deal.

I received a credit card offer in the mail today, and before I threw it in the trash, I thought I had better write about it.  Again, the best credit card deal is the lowest possible interest rate with no annual fees.  You actually have a shot at paying these off, if you get into trouble.

But a rewards card?  You have to be squeaky-clean Mr. Perfect, and pay off the balance, every month, for the rest of your life, without ever, ever, ever, EVER, making a mistake - or else!

How bad can it get?  Well this card is not atypical of the trap they have set.  I am not picking on Disney (I am a shareholder, which is how they got my address, no doubt.  Lately the stock has been doing well, by the way) - ALL of theses 'rewards' cards suck equally.

The deal was as follows:
In addition, there is  a foreign transaction fee (3%) and of course penalty fees for going over-limit or making a late payment.   But those penalty fees pale in comparison to the penalty rate, which, if triggered, is perpetual.

Why is this so dangerous?  Well, suppose you are Mr. & Mrs. Jones, and have two kids and like to go to Disney.  You drive down there in your mini-van complete with your stick-figure stickers of the family members (including your dog Rex!) on the rear window.  The kids just love Disney!

So this card seems like a good deal - you get 2% back on purchases, to apply toward a Disney Vacation!  You can spend your way towards wealth!

Problem is, even if you put all your utility bills and stuff on this card, you will be hard pressed to pay more than $20,000 a year on it, which means, at 2%, you would get a paltry $400 toward your Disney stay.  They throw pennies at us, hoping we spend dollars.  If you deduct the $49 annual fee, this works out to $351.   Not a lot of dough, considering the risks involved.

What are the risks?  Mr. and Mrs. Jones pay off the balance every month religiously, so they don't pay any interest.   But several years into this gig, something happens.   Maybe the minivan needs a new transmission.   Maybe the family has to fly to Mr. Jones' Mother's funeral at the last minute.  Maybe one of the kids gets sick and there are medical bills not covered by insurance.  Whatever - shit happens, expect this.

And sadly, the bill that they cannot "pay the balance on" might end up being that very Disney Vacation that they charge on the card.   A want, not a need.

But it doesn't quite work that way.  Since they are piling on debt at the same time they are paying down debt, the balance just goes on forever - or so it seems.  In other words, even if they pay $500 a month toward the bill, they add on another $500 every month, so they end up treading water.   You can play with the numbers all you want to - how much you pay, etc.   But unless the Jones' decide to cut up the credit card and never, ever use it again, they will pay far more than $1396.17 in interest, and it will take far longer than three years to pay off.   In fact, it becomes like a perpetual debt - a running balance on the credit card that goes on for years and years.

Sound far-fetched?  It isn't.  Most Americans live this way.

But that is not even the really deadly trap.   If the Jones' really hunker down and cut costs, they could pay off that debt, over several years, even at 14.24% interest - which is not a "good rate" but a staggering amount - usury levels in the recent past.

If the Jones miss even one payment, or go over their limit, bounce a check with their payment,  or even do one of these things with another account with the same bank, the "Penalty" interest rate kicks in.  And what a penalty it is!

Say that Mr. and Mrs. Jones have been paying on this card for two to three years now.   The balance hovers around $5000, sometimes going up, sometimes going down.   They get a tax refund and pay part of it off.   The kids need new braces, and it goes back up.   Then the worst happens.  They go over their limit ($7500) or they make a late payment.  Now what?

Well, again, assuming our $5000 balance (which is low - some people have credit card debt that is ten times this amount) if they try to pay it off at $150 a month, it will take nearly five years and cost $3380.06 in interest charges.  About half their monthly payment is interest!

And again, if they continue to use the card, they will never pay it off and moreover, will find it very hard to even pay it down.  And since their credit is now damaged, they may find it hard to "roll over" the debt to a lower-interest rate card.  And even if they did, the rollover usually requires a transfer fee, or provides only a "teaser" interest rate that gives them breathing room for only a few months to a year.

By the way, these "rollover" deals are prima facie evidence that a lot of Americans have these intractable credit card debts - for life.

Moreover, since they are now behind the 8-ball, they cannot afford to take another Disney vacation to use all those reward dollars.

And when the mini-van finally blows out its motor, they are going to find getting a car loan pretty difficult - and have to pay very high interest rates as a result.

Again, I am not picking on Disney - or Chase.   The same deal works with cash-back, rewards miles, or whatever - and all the banks offer these crummy deals (you do not, however, have to take them).  Yea, Discover gives you a check for $50.  Big deal.  If you have an intractable balance of several thousand dollars, that ain't gonna put a dent in it.

So, what seemed like a fun lark - to get a discount at Disney - ended up being a nightmare of debt.   And if you add up the costs and "savings" it doesn't work out.   The Jone's maybe got a few hundred "Disney Dollars" to spend, if that, but these were dwarfed by the interest charges on the credit card.

If you had a lower interest rate credit card, the ability to pay off the debt is a lot easier.  Moreover, the amount you pay, in terms of interest, is a lot less.  For example, if you have a Capital One card at 6.5% as I do, and had a $5000 balance, if you paid it off, $150 every month, it would take almost exactly 36 months to pay.  But the amount you pay in interest is less than half - only $529.30 - compared to the standard rate on the Mickey-Mouse card, or 1/6th the amount paying on the "Penalty Rate."

At 6.5% interest, this is an affordable loan rate, and one which won't bury you in debt that you will never be able to get out of, without refinancing your house (which is also a bad idea and you are just spending equity you don't have, and in most cases, people end up running up more debt).

Are there some things you can do to avoid trouble with Credit Cards?  Yes.  Regardless of Card type, you should:

1.  Set up Autopay to pay the minimum amount due, from your checking account, even if you forget to make your regular payment.   This prevents an accidental triggering of your "Penalty Rate".  You should, of course, make more than the minimum payment, regardless.

2.  Decline Charges Over Your Limit by calling your Card company and setting this up.  Many card companies offer to cover over-limit charges as a "convenience" to customers (like a knife in your back is a "convenience") by "allowing you" to go over your limit, for a nominal over-limit fee, and of course kicking in the Penalty Interest Rate.

3.  Set a Reasonable Credit Limit and Decline Automatic Raises.  Set a reasonable credit limit, based on your income.  Preferably less than $10,000.  Ideally less than $5000.  The lower the better, within reason, of course.   Tell your card company to not automatically raise your limit unless you say so.   The "Congratulations!  We've raised your credit limit!" letter is not a sign of fiscal responsibility, but rather an omen of doom.

But Frankly, if you want to stay out of the credit card trouble that affects almost every American at some time or another in their lives (and since you are young, it hasn't happened to you yet, so of course it won't - right?  Just like the motorcycle accident) the best thing to do is to use credit cards sparingly, get the lowest possible rate and avoid annual fees.  Such credit cards will never get you into trouble and the petty "rewards" you may be "missing out on" are just not worth the risk involved.

Unfortunately, for most Americans, they have to put their hand on the hot stove before they learn.  I get e-mails from smart-ass youngsters who regale me with how they get $200 a year in rewards dollars by putting everything on their credit cards, and then "paying the balance every month".   If you are in your 20's, you've been keeping these spinning plates aloft for maybe 48 months now - so obviously, nothing can go wrong for the remaining 30 years of your financial life - right?

No one sets out to get into intractable credit card debt.   Rather, they are lured into it by the bait.  And once they are hooked, the credit card companies just wait - and wait - and wait - for that inevitable moment when you can't pay off the balance one month, and then the debt starts to "revolve" in a big way.  And then they hope you trigger the "Penalty Rate" and then they have you - as a perpetual debt slave.

Is the very real risk of debt-slavery worth a few hundred dollars a year in rewards?

I don't think so.


NOTE:  At first it seems almost scandalous that the Credit Card companies would do things like this - offer to "let you go over your limit" as a "benefit" and then sock you with a 25% interest rate! There should be laws against this!  (at one time, there were)  It is an odious deal!   But you don't have to take it.  The credit card companies are not your "friends" giving you "great bargains" because they like you.  They are a business and out to make money.   And they are very, very smart and have a legion of experience, both in banking and human nature, behind them.   And you think you are going to finagle a few hundred "free" dollars out of them?  Think again!   You are entering the arena, unarmed, up against an army of experience Gladiators.  You will get creamed, period.
UPDATE:  If you are going to go with a "rewards" card, make sure - deadly sure - you pay off the balance every month.  I pay mine off daily.  Wait until the end of the month and you may find you can't pay it off!  Such is the path to intractable credit card debt!   And if you are going for "rewards" take cash and only cash - airline miles and vacation points are not only worthless, they expire and the airline or resort can change the terms on a whim (as airlines did - doubling the number of miles needed for a "free" flight and then adding a $25 processing fee).   I use Bank of America cash-back and Capital One Quicksilver.   Money back, but I pay the balance every single damn day, and of course check the balance as well.
A high-interest rewards card is like a loaded handgun.  And it goes without saying, I still have my low-interest Capital One cards "just in case".
Newer Post Older Post Home