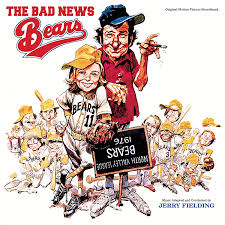 This afternoon on MSNBC:

Stocks finished mostly higher Friday as rising energy shares offset early weakness in the market, but both the S&P 500 and the Dow Jones industrial average saw their biggest weekly decline of the year.

Equities fell early after data showed a drop in single-family home sales, but a rebound in energy and material shares from their slump in the previous session, helped Wall Street overcome those losses. A rise in crude oil prices gave upside support to the energy sector.

It was the worst stock market performance since Dec. 16, CNBC said.

OK,  so reading this article, what do you take away from it?

1.  The stock market is tanking, once again!

2.  This has been a bad year for stocks!

3.  The stock market is doing even worse than it was in December!

None of the above.

I've said it before and I'll say it again:  Bad news sells.   And if you go through media reports on the economy for the last 50 years, you'd think the Dow Jones Industrial Average was down to say, 50 by now.

Every day you are hammered with "bad news" of one sort of another, or made-up metrics like the one quoted above.  Declines are hyped, but days, weeks, months, and years of steady gains are ignored, as are things like dividends (unless Apple decides to pay them).

Why was this week the "worst week of this year?"

Answer:   Because this has been a ripping good year for stocks, so far, and this mediocre week, which seems stellar by 2008-2011 standards, is only Ho-Hum for 2012.

Yes, the market is ripping along.   But you would never guess that from the story above, would you?

So, let me ask you again.  Why do you watch TeeVee?  Why do you believe stories, like the "human flies like bird" video, that was put up yesterday by both MSNBC and CNN when it had already been discredited as a HOAX online?

Getting financial advices and normative cues from the media is to be fed a parcel of lies and bad bets.

They never give up, do they?

And you know this, if only because MSNBC is hyping the snot out of it.
Newer Post Older Post Home